Record Number of Colombian Leaders Were Killed This Year 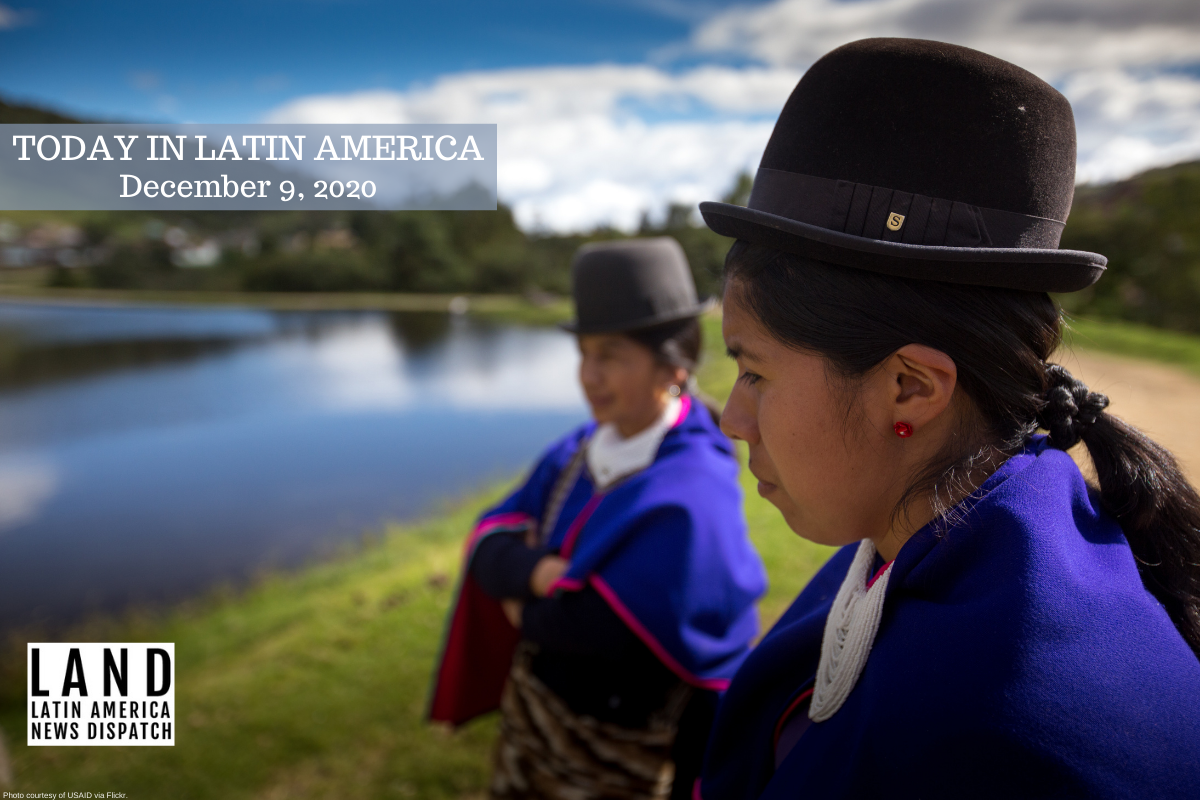 Indigenous leaders are often targeted for their environmental and human rights advocacy. (Photo courtesy of USAID via Flickr)

COLOMBIA: Another Colombian social leader was assassinated on Monday, bringing the number of community leaders murdered this month to 10 in just seven days. According to the Institute for Peace and Development Studies (Indepaz), 287 social leaders have been killed so far in 2020. Determining who counts as a social leader is difficult, so organizations have reported different numbers. Since President Iván Duque took office in August 2018 through September 2020, the UN says there have been 271 leaders murdered. The nonprofit Somos Defensores counts 233 killings, and Indepaz says that 601 leaders have been killed since Duque became president.

Despite the different counts, Colombian social leaders are being targeted and killed at an alarming rate. Since the Colombian government signed a peace treaty with the Revolutionary Armed Forces of Colombia (FARC) in 2016, other armed groups have been fighting for control of former FARC territories, many of which are also Indigenous land. Community leaders fighting for human rights, environmental protections, and alternatives to illegal mining and drug production on their lands are often targeted by these groups.

Since last year, multiple protests have been organized demanding that Duque’s government do more to protect social leaders. Most recently, thousands of people from several Indigenous groups marched nearly 300 miles from Cali to Bogotá to present their complaints to Duque in person after he sent government representatives in his place to a meeting in Cali. Protesters say that Duque’s government has ignored the rise in killings and left leaders to fend for themselves in what is seen as a political move from an administration keen to undercut the peace process. The government insists it is listening and doing all it can.

CHILE: The Chilean Human Rights Commission filed a lawsuit Tuesday against the military police for the illegal use of chemicals against protestors during the last two months. Demonstrations protesting the government’s neoliberal policies began in October 2019. Public discontent was further exacerbated by how President Sebastián Piñera’s administration has handled the COVID-19 pandemic. The lawsuit accuses the Chilean military police of using tear gas that left several activists with lasting health problems.

BOLIVIA: Bolivia reopened its embassy in Venezuela on Monday in a show of support for Venezuelan President Nicolás Maduro and the recent elections. Under the Bolivian military government that took power at the end of 2019, relations were suspended with Maduro’s government in Venezuela. During the reopening, the Bolivian ambassador to Venezuela, Sebastian Michel, gave a speech mentioning the longstanding relationship between the two countries and validating “the legitimacy of the elections that took place in Venezuela this December 6.” Former Bolivian President Evo Morales also attended the embassy opening.

PUERTO RICO: President Donald Trump announced his plan to appoint three new members, as recommended by Congress, to the Financial Oversight and Management Board for Puerto Rico. One of the members, Betty Rosa, is a Puerto Rican educator. She serves as the acting commissioner of Education and as the president of State University of New York. Another member of the board, Justin Peterson, has welcomed all the new members in a tweet, saying that the move shows Trump’s “continued commitment to Puerto Rico.”

A big welcome to my mew colleagues on the @FOMBPR, and thank you to President Trump for your continued commitment to Puerto Rico. Let’s make a big deal and end Title 3 for the people of Puerto Rico! @pedropierluisi https://t.co/gCZdzOgzQi

He also added that he hopes the appointment will lead to an end of Title 3, a bankruptcy option for Puerto Rico. Some experts have debated if the mechanism in the title should designate the president’s appointment of members to the board unconstitutional. So far, the issue has received mixed support.

REGION: Representatives of the Caribbean Community (CARICOM) and Cuba are planning to review their political relationship in order to build up regional bloc strength amid the pandemic. At the seventh Summit of Heads of State and Government of CARICOM-Cuba, countries will review the region’s biggest problems in combating COVID-19. Deputy Foreign Minister Rogelio Sierra said that, although this meeting is unusual, the context of the pandemic gives the meeting special relevance.

Proud of our shared Caribbean identity and the progress of our political and cooperative relations that have been strengthened by our arrangements, exchanges at international forums to the benefit of our peoples, and guided by the principles of solidarity and complementarity https://t.co/UMxepxQbYw

Topics such as the pandemic, economic crisis, climate change and the development of the region’s countries will be reviewed. The general director of the Latin America and Caribbean department, Eugenio Martinez, said this is the first time that Cuba has health professionals in all of the CARICOM member countries.

For the first time, #Cuba ?? has health professionals in all @CARICOMorg member states plus five non-independent territories of the Caribbean. #CaribeUnido #CARICOMCubaSummit

The meeting falls on the 40th anniversary of the establishment of diplomatic ties between Cuba and various Caribbean countries.

NICARAGUA: Following the collapse of the San Carlos mine, the people of the community La Esperanza insist there are more bodies buried in the landslide aftermath. The move by the government to suspend the search for miners confused many in the community. The National System for the Prevention, Mitigation and Attention of Disasters (Sinapred) said they were canceling the rescue operation after “no other victims have been found.” There have been two recorded deaths so far. The La Esperanza community believes that the search was too surface level. The citizens told authorities that between 80 to 150 workers came to the mine on rotation, with shifts of 50 to 60 people working through the night. They’re imploring authorities to carry out a search of all the tunnels of the mines.

MEXICO: Deputy Health Minister Hugo López-Gatell, the coronavirus czar, announced Mexico’s plan to distribute vaccines over the next year on Tuesday. The first 250,000 doses of the Pfizer vaccine, set to arrive in Mexico the third week of December, will all be reserved for medical workers directly involved in COVID-19 response. That group will remain the priority for vaccination until February. After February, other healthcare workers and people older than 60 will be eligible. Between April, eligibility will extend to people between over 50, and in May, to those over 40. Starting in June, vaccinations will open to the rest of the population. Meanwhile, President Andrés Manuel López Obrador clarified that he will not receive the vaccine until he becomes eligible, in the second phase.

MEXICO: The congress of the state of Tlaxcala passed legislation legalizing same-sex marriage on Tuesday, becoming the 22nd Mexican state to approve marriage equality. Sixteen deputies voted for the bill, while three voted against it. Two of the deputies who voted against the bill are members of the Social Encounter Party (PES). Deputy Leticia Hernández, a member of the Morena party, celebrated the legislation, noting that it comes ten years after Mexico City became the first federal entity to legalize same-sex marriage.

UNITED STATES: The Department of Homeland Security (DHS) announced in a press release that it is complying with an order by a federal Judge Nicholas Garaufis to restore the Deferred Action for Childhood Arrivals (DACA) program. Under Judge Garaufis’ order, DHS will begin accepting new applications and renewal requests for people eligible for DACA. DHS will also extend one-year deferred action and employment authorization grants to two years. The press release noted that DHS “may seek relief from the order.”