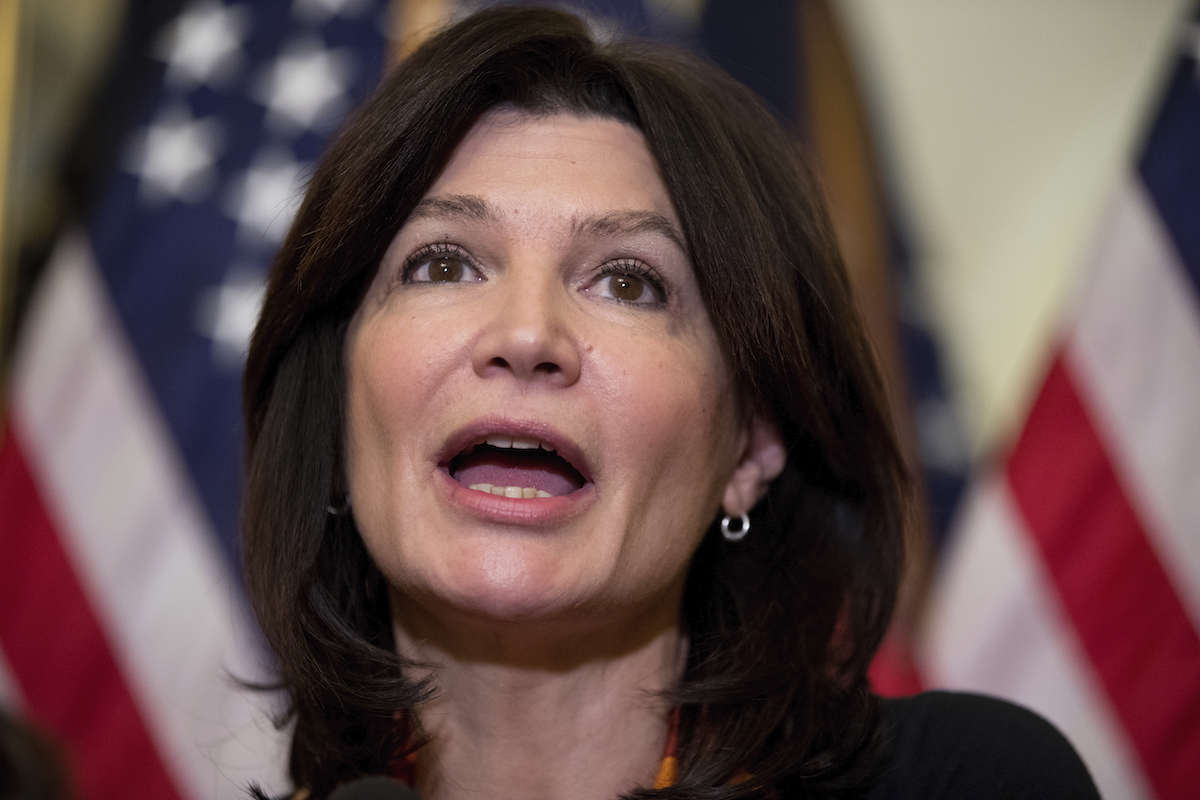 The former president of the nation’s largest teachers union has received endorsements from the Congressional Hispanic Caucus and dozens of national Hispanic organizations as she pursues the top job at the U.S. Education Department in the Biden administration.

Lily Eskelsen García, who was president of the National Education Association until September, has been calling members of Congress to build support for her candidacy. She has been courting Democrats and some Republicans, including Tennessee Sen. Lamar Alexander, who is chairman of the Senate education committee and a former education secretary.

Her supporters have ramped up lobbying efforts on her behalf, urging President-elect Joe Biden to nominate her and, in doing so, appoint the first Latina to lead the Education Department. Biden has faced mounting pressure to fulfill his promise to build a racially diverse Cabinet, with some civil rights activists fearing he will fall short. Several prominent Black educators are also seen as candidates for the education post.

Eskelsen García did not immediately respond to a request for comment.

In a letter to Biden on Monday, the Congressional Hispanic Caucus offered its “enthusiastic endorsement” for Eskelsen García, saying her ties to Congress position her well for Senate confirmation. The caucus drew attention to Biden’s proposals to confront racial disparities in education, saying Eskelsen García has been pursuing that work for decades.

“Lily’s long record of accomplishments, working across the political divide, and building and maintaining constituencies would make her an excellent Secretary of Education,” according to the letter, which is signed by 23 members.

Last week she also received the endorsement of the National Hispanic Leadership Agenda, a coalition of more than 40 Hispanic civil rights and public policy groups. The coalition sent a letter to Biden on Friday calling Eskelsen García the ideal candidate to steer away from the “destructive practices and policies of the Trump Administration.”

The endorsement was proposed by Juan Andrade, who is president of the United States Hispanic Leadership Institute and has known Eskelsen García for years. He said Eskelsen García sought his advice after her name was first floated as a candidate. Once she decided to seek the nomination, he asked Andrade for his public support, he said.

Andrade called her a “bona fide, proven educator” with a compelling personal story and a firm commitment to public education. Like her other backers, he also depicted her as a foil to Education Secretary Betsy DeVos, who has championed school choice and has been called an opponent of public schools.

“You will not find a bigger contrast in people than between DeVos and Eskelsen García,” Andrade said. “One is a builder and one is a destroyer.”

Others widely seen as contenders to lead the Education Department include Randi Weingarten, president of the American Federation of Teachers; Sonja Santelises, the CEO of Baltimore City Schools; and Rep. Jahana Hayes, a Connecticut Democrat who was named the National Teacher of the Year in 2016.

Weingarten said Tuesday she has had conversations with the Biden transition team but is not campaigning for the nomination. “I am really honored by the mention, but I am just doing my work,” she said in an interview.

Supporters of Eskelsen García say her nomination would fulfill Biden’s promise to install an education chief with experience working in public education. Nominating the former president of a teachers union would win Biden favor with public school advocates, but it could risk alienating education reform advocates who see teachers unions as an obstacle to change.

School choice supporters have taken to social media to oppose Eskelsen García’s candidacy, and some have revived a 2015 speech in which she referenced the “chronically tarded and the medically annoying.” She later apologized and said she intended to say “tardy,” but she faced backlash from disability advocates.

Jeanne Allen, a school choice advocate and president of the Center for Education Reform, shared the comments on Twitter this week. She drew a comparison to DeVos, asking, “Did you ever hear her say anything mean about a child?”

Watch the video when @Lily_NEA reads a litany of teacher complaints including the “tarded” kids.

And you all were worried about @BetsyDeVosED? Did you ever hear her say anything mean about a child? pic.twitter.com/9wO78PmMQZ

Eskelsen García started her career as a lunch worker at a Colorado elementary school. She later became a classroom aide at the school and, at the suggestion of a teacher, decided to pursue her own career in schooling.

She went on to receive a teaching degree from the University of Utah and, after nine years in the classroom, was named Utah’s teacher of the year in 1989. A year later she was elected president of the Utah Education Association, which she led for years before being elected to leadership roles in the national union. She became its president in 2014.

As president of the national union, Eskelsen García was a critic of standardized testing and drew attention to funding gaps between wealthy, white districts and those that serve lower-income people of color.

Biden strikes on similar themes in his education plan, with proposals to triple Title I funding to low-income schools, increase teacher salaries and make the U.S. teaching force more diverse.

Eskelsen García served on a White House panel for Hispanic education under former President Barack Obama, but she also sparred with his administration over its policies around standardized testing. Still, she has been a much sharper critic of DeVos, whom she once called “dangerously unqualified” to serve as education secretary.

Jill Biden, a longtime community college professor and member of the National Education Association, recently said the union’s advocacy was “critical” in her husband’s victory.

“You reminded us all that educators are a force to be reckoned with,” she said during a Nov. 16 event thanking the nation’s two major teachers unions. “Joe and I will never forget what you did for us.”

Eskelsen García retired from the National Education Association this September after serving two terms as president, the most allowed under the union’s constitution.