SELENA, THE SERIES, One Week Later: Exposing Fault Lines (and Strengths) in Our Community 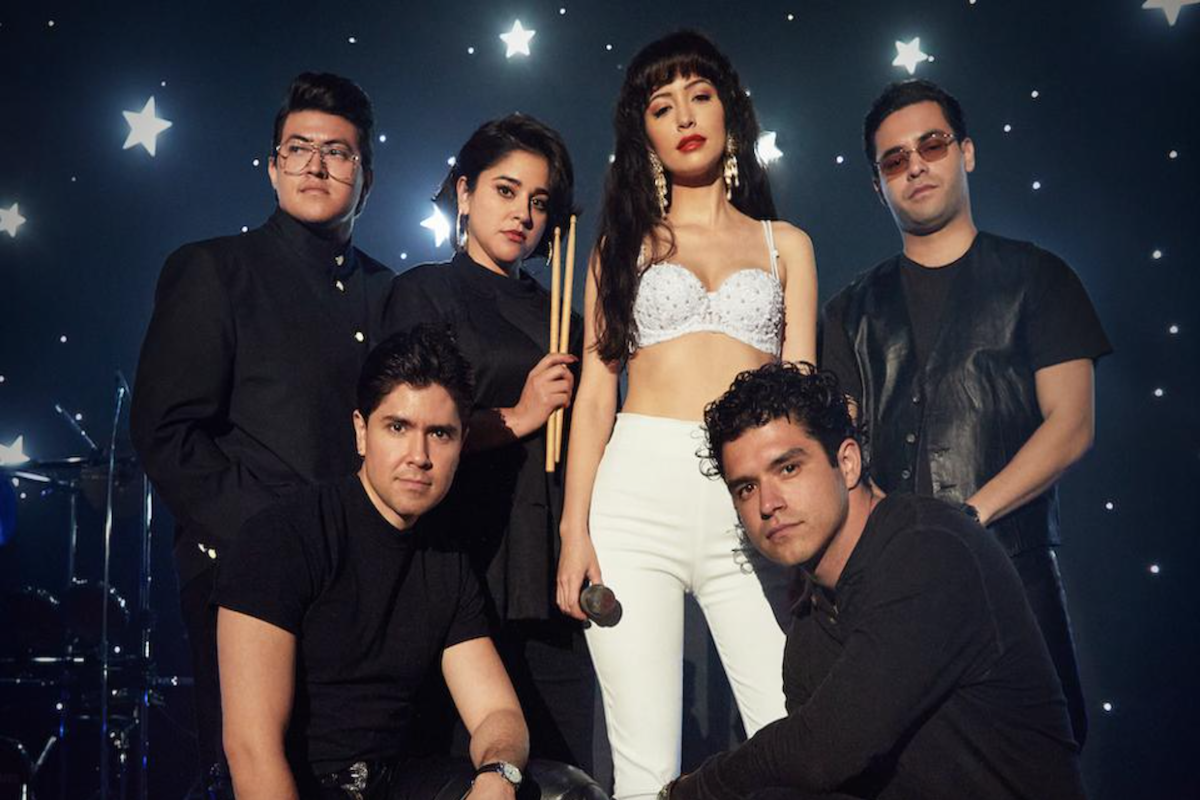 And so did the backlash.

Waves of backlash, actually, and I spent an entire week swimming in it. With “Baila esta cumbia” on repeat in the background, I’ve read the thought pieces and Twitter threads and here’s my conclusion—we have a representation problem and a woman problem. The two collide in Selena: The Series, exposing fault lines in the Latinx community, yes, but also highlighting some of our strengths.

Let’s begin with representation. Latinxs are dramatically underrepresented in front and behind the camera. The problem’s even worse when you look at Latinas in particular—the combination of our woman-ness and Brownness work double against us. Enter Selena: The Series, the rare production (I’m talking unicorn rare) that stars a U.S.-born Latina and features an entirely Latinx production team. We’re starved for shows by and for us, and it’s no wonder we showed up in big numbers to see ourselves and, in particular, one of our icons on screen. And show up in big we did—Selena: The Series topped the Netflix charts in the U.S. and throughout much of Latin America.

Its popularity is no surprise—Selena’s likeness and legend sell big, whether it’s lipstick, records, or streaming services. Plus, Selena: The Series was sold as a boon to the Latinx community in news story after news story. In the LA Times, the show’s executive producer Jaime Dávila said, “More than anything, we’re trying to show Hollywood that there’s this huge market of Latinx/Latino people; that our stories are American stories; that our stories are global stories. Being able to point to a story like Selena: The Series, which is all of those things, is really great. I would love for more doors to open up.” In Salon, Dåvila describes his work on the show as “an opportunity to both take a deep dive into the life of the legendary artist, as well as offer representation for people who rarely make it to the small screen.”

That all sounds good, right? And from a representation standpoint, I’d argue that this Selena: The Seriesis better than no Selena: The Series. But there’s a problem—the decentering of Selena herself. This installment comes from Selena’s family’s point of view —her father Abraham and sister Suzette are executive producers along with Dávila— and Selena comes off as a dutiful daughter and sister, not an artist in her own right.

So if you look at the show from a feminist point of view (or even as a Selena fan), you might land more in this-show-is-a-machista-travesty territory. That’s what Mala Muñoz, one half of the popular Locatura Radio podcast, argues. She calls the show “truly an abomination,” saying “They somehow made her into a supporting character. There are too many men working on this show & it shows. Selena is not even a sidekick in Abraham’s deluded memory of her rise.” That tweet has 2,400 likes and counting.

Selena the Series is far worse than I could have ever imagined possible. This is truly an abomination. They somehow made her into a supporting character. There are too many men working on this show & it shows. Selena is not even a sidekick in Abraham’s deluded memory of her rise.

Muñoz is clearly not alone. Latina media critics largely panned the show with headlines like “Selena: The Series Shows Selena Like We Have Never Seen Her Before—Docile” and “Selena Deserved Better!”

Indeed, founding member of the Latino Entertainment Journalist Association, Yolanda Machado wrote in her piece for ELLE that Selena is now “Calladita, forever” because “in Selena: The Series, her voice [is] muted and buried in order to preserve one of the most destructive elements in Latino culture: an unquestioning allegiance and devotion to machismo.”

Further proving this point, these smart, outspoken women were called race traitors or worse for pointing out the flaws in the show. Hell, for my positive review, I got this comment, typical of so much of the backlash to the backlash: “Its (sic) unfortunate that much of the criticism is coming from Hispanics. Hispanics are so judgmental. We need to support Latino talent from in and behind the camera. The entire production was Latino, written by a Latino, produced by Latinos, and acting done by Latinos. It was even filmed in Mexico. So it was low budget, so the hair wasn’t great, it’s different from the movie, it’s a different story with a different point of view. It’s unfortunate that we fall short as a community supporting our fellow Latinos.”

I think we should criticize Latinos *~~more~~*

The tension here is about what makes a Latina admirable. Certainly, beauty helps—but what kind? Do you need to be fair-skinned and thin like Christian Serratos, who stars in this show? Or can you be morena and thick like Selena herself? Serratos wears some unfortunate butt pads to more closely match the singer, further confusing the message about what we value. Must you be kind and demure, putting your family before yourself like the Selena we see in the show? She doesn’t mind sacrificing her childhood and friendships in pursuit of her father’s dream. Or can you be your own woman who fearlessly goes after what she wants? The real Selena famously eloped with her boyfriend and made her own sexy stage costumes, contrary to her father’s wishes.

We certainly have all types of women in our community, and I’m particularly grateful for the fierce ones, the ones who won’t settle for crumbs of representation, the ones who forge paths that leave more options for the rest of us. Selena is one of the most famous of these chingonas, but she isn’t the only or the last. Selena: The Series may not have lifted up the aspects of the singer that I particularly admire, but it revealed the Latinas across our community who aren’t afraid to speak up and hold even our most-beloved figures accountable.

4 responses to “SELENA, THE SERIES, One Week Later: Exposing Fault Lines (and Strengths) in Our Community”