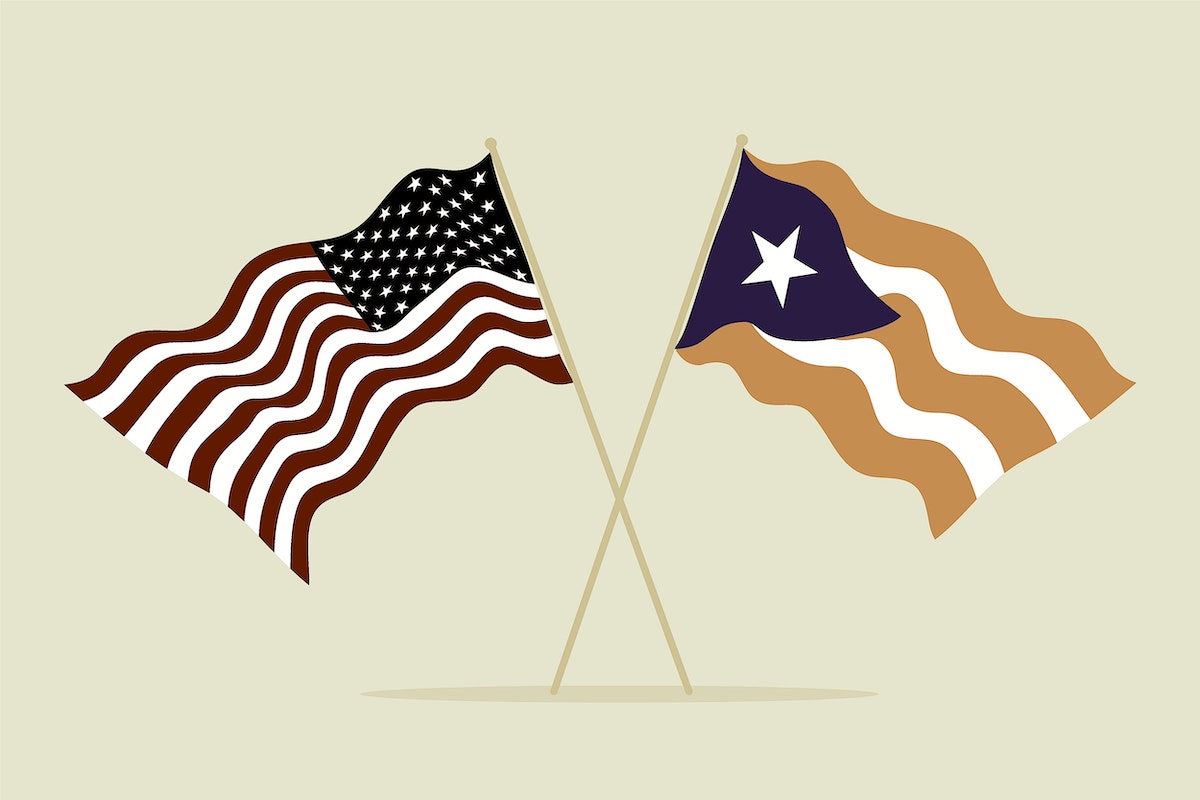 As an unincorporated U.S. territory, Puerto Rico has fewer constitutional and political rights than a state. (ankmsn/Getty)

Puerto Ricans requested statehood on November 3, 2020, with 52.3% of voters asking to change the island’s status from unincorporated territory to U.S. state.

This is the sixth time statehood has been on the ballot since Puerto Rico ratified its Constitution in 1952. Voters rejected the status change in 1967, 1993 and 1998.

The 2012 election results were unclear because some voters did not answer both parts of a two-part statehood question. In 2017, statehood won decisively, albeit with very low turnout of around 23%.

Puerto Rico didn’t become the 51st state then, and it is unlikely to achieve statehood any time soon. Only Congress can add new states to the Union, via an Admission Act or House Resolution that requires approval by a simple majority in the House and Senate.

The United States wrested Puerto Rico from Spain in the 1898 Spanish-American War, along with Cuba, the Philippines and the Mariana Islands.

Shortly after, a series of Supreme Court rulings called the “Insular Cases” —made by the same court that found racial segregation constitutional in Plessy v. Ferguson—  deemed most of America’s new territories to be inhabited by “alien races,” ungovernable by “Anglo-Saxon principles.”

These cases labeled America’s island territories as incorporated or unincorporated, each with a different set of rights. Puerto Rico is an unincorporated territory. It is similar to U.S. states in many ways but its taxpaying residents lack voting representation in Congress, cannot vote for president and do not enjoy all the same constitutional rights as other Americans.

Without a vote in Congress, Puerto Rico’s needs are not well represented in Washington. 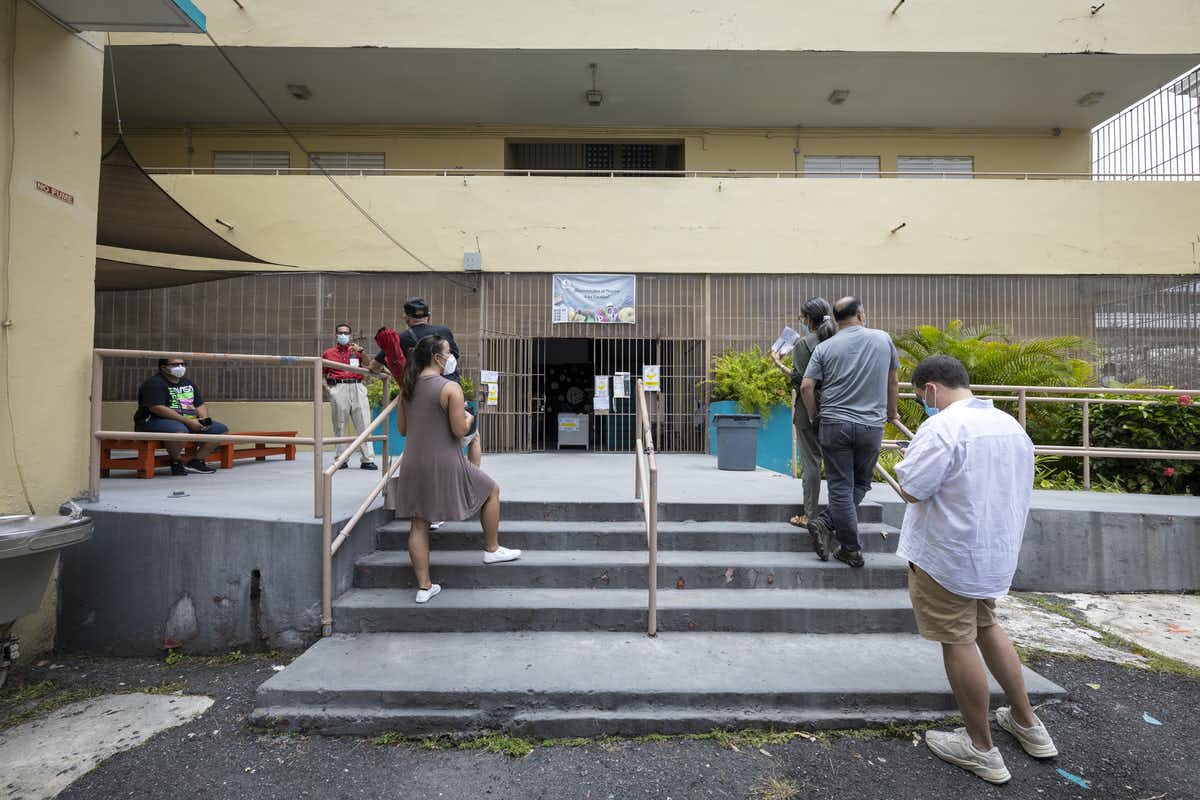 Puerto Rico’s legal status all but defines politics on the island.

Rather than offering clear left- or right-wing policies, Puerto Rico’s two main political parties are traditionally defined by their stance on statehood. The Popular Democratic Party generally favors keeping Puerto Rico a territory; the New Progressive Party is pro-statehood. Both have Democratic- and Republican-aligned members.

The New Progressive Party’s grip on the statehood cause loosened in 2020. Some 215,000 Puerto Ricans who voted for statehood voted against its pro-statehood gubernatorial candidate, Pedro Pierluisi Urrutia, who won his race very narrowly. The New Progressive Party’s candidate for resident commissioner —Puerto Rico’s nonvoting delegate to the U.S. House of Representatives— received 132,000 fewer votes than statehood did.

All these split tickets reflect a broader political upheaval taking place in Puerto Rico after a rocky half-decade.

Since 2015, Puerto Rico has defaulted on parts of its debt, undergone a fiscal crisis, been ravaged by Hurricane Maria and survived a rare series of “cluster earthquakes.” Economic recovery has been weak and disaster recovery since Maria was botched by local corruption and federal indolence.

Discontent with Puerto Rican leadership, aggravated by the fiscal austerity imposed by a Washington-controlled federal board, culminated last year in massive protests. Gov. Ricardo Rosselló Nevares stepped down in August 2019. 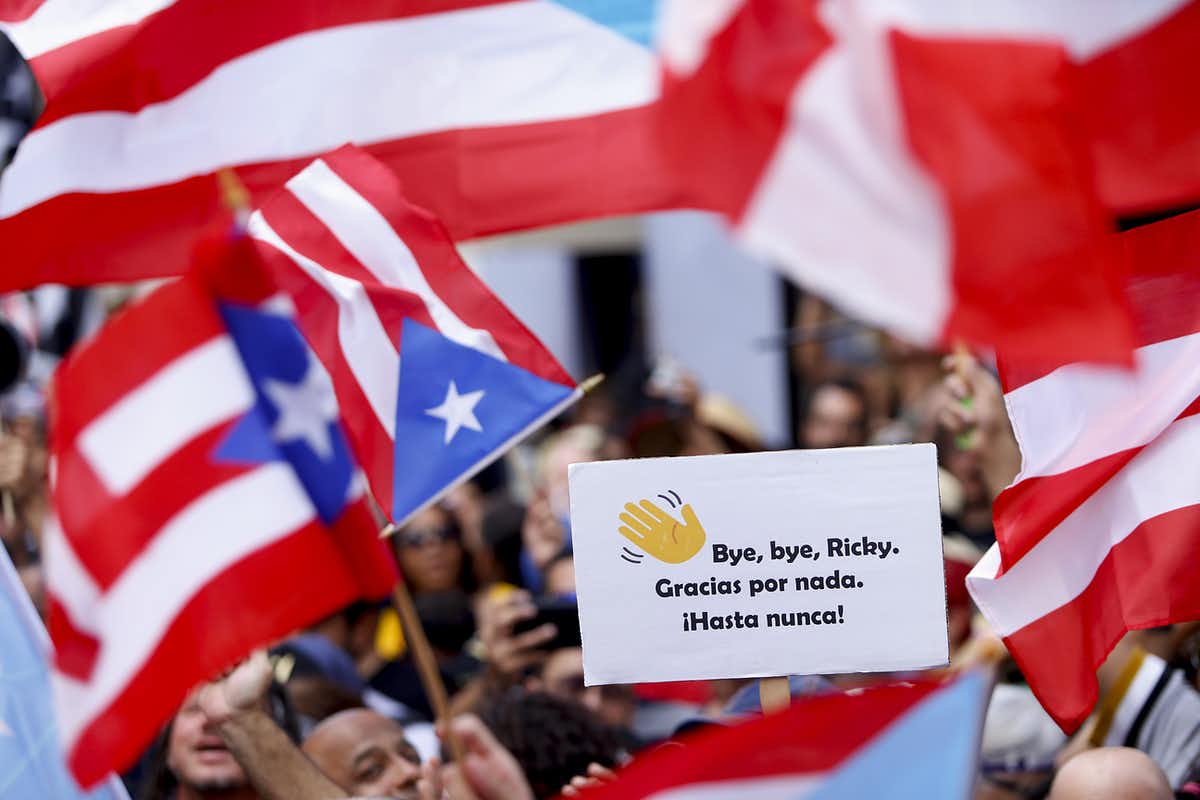 After Rosselló’s resignation, his New Progressive Party had a very public fight regarding the succession process. A chaotic primary pitted its Republican- and Democrat-aligned factions against each other.

All the drama and corruption seems to have left many statehood supporters in Puerto Rico fed up with the New Progressive Party, and politics in general.

By the 2020 election, new parties with clearer ideological offerings —like the progressive, populist Citizen Victory Movement and the right-wing, religiously based Dignity Project— had cropped up. These upstart parties —along with Puerto Rico’s longstanding third party, the independence-minded, social-democratic Independence Party— pledged to make government work better, and some outsider candidates actually won.

Puerto Rico’s new parties mostly did not endorse a particular choice on the 2020 statehood referendum, promising to respect whatever the result was.

Some third-party candidates did float alternatives to Puerto Rico’s frequent, nonbinding referenda on statehood. The New York Democratic representative Alexandria Ocasio Cortez has championed a proposal to create a “status assembly,” a convention of delegates who would craft concrete proposals on statehood, independence and a looser “free association” relationship with the U.S. Those proposals would then be negotiated with Congress and voted on by the Puerto Rican electorate.

In 2020, however, statehood was the only option on the ballot, and Puerto Ricans voted “yes.”

All Eyes on Georgia

Any hope of congressional followup on this referendum hinges almost entirely on Georgia’s Senate runoff on January 5, 2021.

If the Democrats win both Georgia Senate seats to gain a Senate majority, Sen. Chuck Schumer has vowed to pursue Puerto Rican statehood. If the Republicans retain the majority, however, Senate Leader Mitch McConnell and other Republican senators would almost certainly block any effort to make Puerto Rico a state.

Puerto Rican voters on the mainland usually vote Democratic, so most Republicans perceive statehood as a political threat, although Pew Research finds Puerto Ricans on the island are a socially conservative crowd. Only a few Republican officials, such as Florida’s Marco Rubio and Rick Scott, say they would support Puerto Rican statehood.

Our fellow Americans in #PuertoRico have made it clear they want admission into the union. Sen. Rubio remains committed to continuing to work with @RepJenniffer and his colleagues in the Senate to help promote and make Puerto Rico’s statehood a reality.

For now, all eyes are on Georgia.