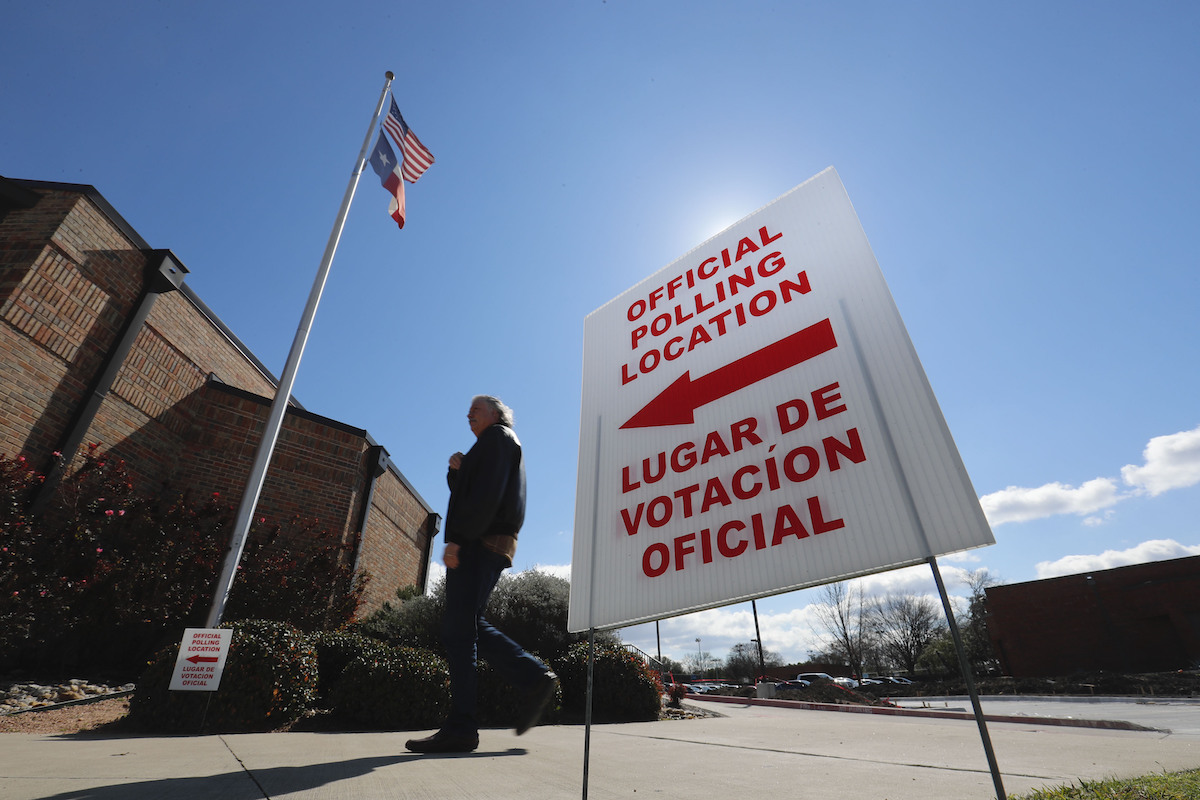 As Electoral College voters meet to declare Joe Biden winner of the presidency, many Democrats and progressives are still blaming Latinx voters for the close race. By all accounts, Donald Trump increased his margins among the Black and Brown electorate—even if Biden received double Trump’s support from our communities. Still, given the outgoing President’s long track record of hatred, xenophobia, and upholding White supremacy, it’s easy to wonder how on earth any person of color could have voted for him.

Much ink has already been spilled speculating how Trump increased his margins among Latinx voters. People point to the years-long Republican ground game in Florida, where the soon-to-be-ex President pushed hard on his message of economic prosperity and opportunity. Some say it was his weaponizing of machismo and the appeal of his “unapologetic straight talk.” Of course, there was conservatives’ strategic use of social values —especially around abortion— as a key leverage point. And let’s not forget the campaign spreading mass disinformation falsely linking Biden and Harris to a socialist agenda to stoke fears among immigrants from Venezuela and Cuba.

What was the through-line in all these efforts? The Trump campaign and its allies knew the only way to pick off Latinx votes was to find what motivated them most. This meant disaggregating the ‘bloc’ by factors like generation, religion, gender, and geographic origin—and then showing sympathetic groups that his values matched their own.

Make no mistake: after years of dehumanizing, hate-fueled rhetoric, we should be under no illusion that Trump or his allies truly “see” the value of a diverse Latinx electorate for anything other than their own personal gains. But the uncomfortable truth for liberals and progressives? That we have work to do. No race, ethnicity, or language background is a monolith. After all, no one assumes that all English-speaking people share common values. So why should we think people from countries as diverse as Venezuela, the Dominican Republic, Mexico, and Ecuador can be lumped together for convenience’s sake?

The fact is, it is racism and paternalism that prevent some Whites from viewing Black and Brown people as possessing the same complex humanity. As a Latina immigrant to this country, I am, like all of us, a rich mixture of heritage, culture, language, and values. My views are the by-product of my lived experiences and influence of my family, friends and others who have touched my life. But because we live in a country that “others” people like me, my multi-faceted nature is not a given as it is for my White peers.

As the former Latino Vote Director for Hillary Clinton’s campaign —a race where we overwhelmingly won the Latinx vote— I listen to people dissect the 2020 race and I am deeply troubled. Too many are painting the one-third of Latinx people who chose Trump as lost to “false consciousness:” voters easily manipulated into acting against their self-interests out of misguided identification with an oppressive regime. The fact is, Latinos overwhelmingly voted for Biden, and in states including Arizona, Colorado and Nevada, he would not have won if not for Latinx voters. In these states, the singular difference was intensive and steady organizing in Latinx communities. The organizers didn’t parachute in for one election cycle. They are trusted messengers who live and work in the communities where they organize.

So my message is this: the way forward will only come when we stop assuming solidarity and start building it in earnest. To get there means listening before we speak, because only when we understand people’s multi-dimensional (and sometimes conflicting) core values can we begin to show how our interests are shared.

Imagine if we did the hard work to find common ground—not just when elections roll around, but 365 days a year? It would mean engaging people whose lead value is economic prosperity with the fact that universal, high quality child care can give families the stability they need to go to work and build a better future. Instead of assuming solidarity with recent immigrants is a given, what if we focused on the value of family to show the harm of immigration policies that separate parents from their children? What if we talked with people about how living wages can create an opportunity-filled community where your kids want to put down roots and raise families of their own?

To make it work, we’d need to do some tough self-exploration and sustained investment of time and resources. We’d need to continue candid, uncomfortable conversations about race, ethnicity and privilege in a way that resists even “well-intentioned” assumptions about anyone based on what they look like, where they come from, or how much they earn. We’d have to embrace that categories like Black and Latinx are convenient constructions that don’t come close to the full story of any individual’s worldview. We’d have to invest in state and local organizations that build relationships with communities on an ongoing basis—because authentic engagement is year-round work.

We’d have to see, hear, and talk to each other to find where our needs and interests overlap. But isn’t that what democracy is all about?