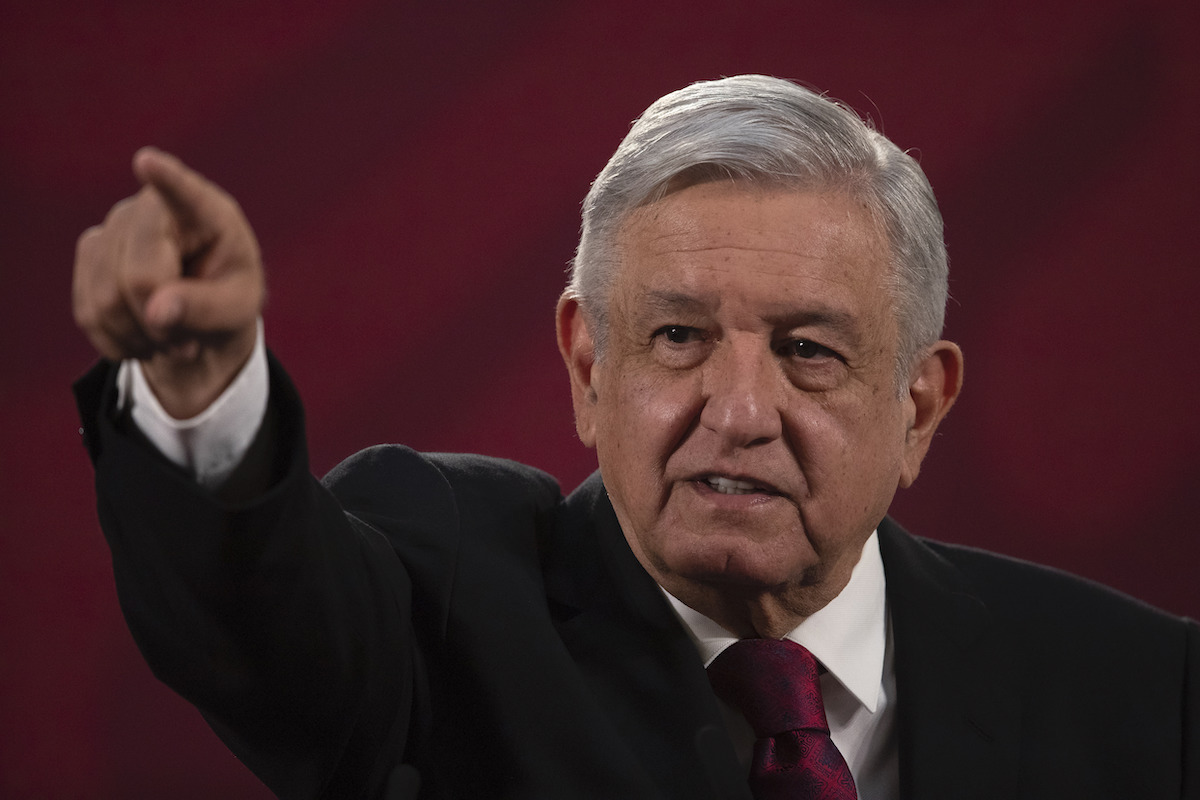 Both the Mexican and Brazilian leaders were seen as close to Donald Trump. Bolsonaro wrote in his Twitter account: “Greetings to President Joe Biden, with my best wishes and the hope that the United States will remain ’the land of the free and the brave.’”

But more surprising was the tardy and somewhat chilly letter López Obrador said he sent to Biden late Monday. The Mexican president has stressed that maintaining good relations with the United States —Mexico’s northern neighbor and by far its top trading partner— is one of his top priorities.

López Obrador said Tuesday he intentionally waited until the Electoral College vote before writing to Biden. The brief letter contained an implicit warning against getting involved in Mexico’s internal affairs.

“He took way too long” to congratulate Biden, said columnist and former diplomat Gabriel Guerra. He described the letter as “rather cool and standoffish.”

“I don’t see it as a major, dramatic roadblock in the relationship,” Guerra said, but noted “when you send a letter, send a nice one.”

But the letter also held out a seeming, tentative offer that Mexico might continue to act as a buffer against waves of migrants seeking to reach the United States, a role Mexico took on partly at the urging of Trump.

“I also want to express my recognition of your stance in favor of migrants from Mexico and the rest of the world, which will allow us to continue with plans to promote development and welfare in southeastern Mexico and the countries of Central America,” López Obrador wrote.

“I believe that this way, nobody will be forced to leave the land of their birth, and they will be able to live, work and be happy with their family and among their people and their culture,” the letter continued. “In this way, we can create a definitive solution to migratory flows from and through Mexico toward the United States.”

The Mexican government has reacted angrily to perceived slights and U.S. intervention in the country’s drug corruption problem. Mexico publicly protested the October arrest of former defense secretary Salvador Cienfuegos in Los Angeles, saying Mexico had not been informed that U.S. prosecutors had charged him with taking money to aid a drug gang.

The Mexican government demanded he be returned, and López Obrador later sent a bill to congress to remove diplomatic immunity for U.S. agents in Mexico and place onerous requirements on their contact with Mexican officials.

López Obrador’s letter to Biden seemed to stress that wariness.

“We are certain that, with you as president of the United States, it will be possible to continue applying the basic principles of foreign policy contained in the (Mexican) constitution, especially non-intervention and the right to self-determination,” the letter said.

José Antonio Crespo, a political analyst at Mexico’s Center for Economic Research and Training, said López Obrador’s wariness of Biden stems in part from the Democrat’s stance in favor of renewable energy, in contrast to Trump’s fervent support of coal. The Mexican leader has made oil and coal —along with the defense of state industries, no matter how polluting— a keystone of his administration.

Trump pressured López Obrador to stop Central American migrants from reaching the U.S. border through Mexico, but apart from that, the U.S. president did little to pressure Mexico on human rights or corruption.

“They are afraid that Joe Biden will get more involved than he should in López Obrador’s projects, something Trump didn’t do,” said Crespo. “Apart from immigration, Trump didn’t get involved in Mexico’s economic or energy projects.”

While López Obrador made his only trip abroad to Washington earlier this year to celebrate with Trump the enactment of the Mexico-U.S. Canada free trade pact, he has yet to speak personally with Biden to congratulate him.

One response to “Brazil, Mexico Presidents Among Last to Congratulate Biden”