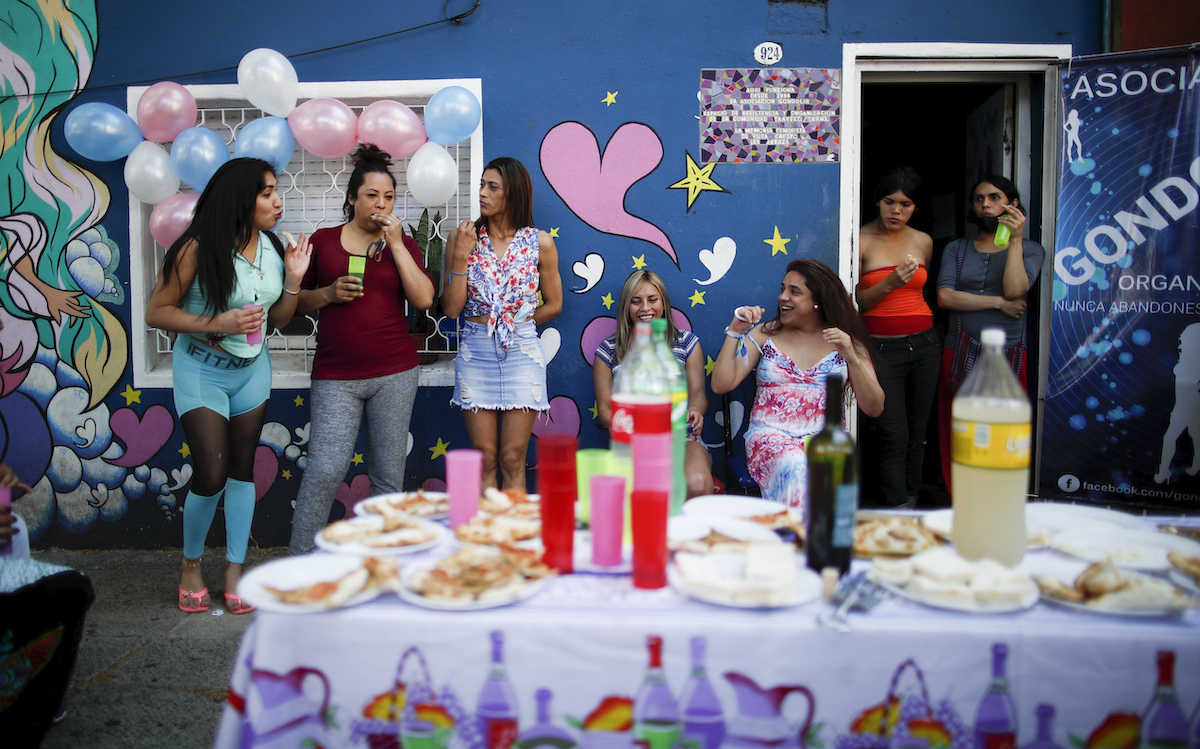 BUENOS AIRES, Argentina (AP) — Angeles Rojas strides down the hall of the Argentine state bank, passed portraits on the walls of past bank presidents who may have been shocked to see a young transgender person on its workforce.

Only neighboring Uruguay has a comparable quota law promoting the labor inclusion of transgender people, who face discrimination in the region. According to Argentina’s LGBT community, 95% of transgender people do not have formal employment, with many forced to work in the sex industry where they face violence.

“If all the institutions implemented the trans quota, it would change a lot for many of my colleagues. It would change the quality of their lives and they would not die at 34, or 40, which is their life expectancy today,“ said Rojas, who has long, black hair and intense dark eyes.

There are no official figures on the size of the transgender community in Argentina, since it was not included in the last 2010 census. But LGBT organizations estimate there are 12,000 to 13,000 transgender adults in Argentina, which has a population topping 44 million.

Argentina, a pioneer in transgender rights, in 2010 enacted a marriage equality law and in 2012 it adopted an unprecedented gender identity law allowing transgender people to choose their self-perceived identity regardless of their biological sex. The law also guarantees free access to sex change surgeries and hormonal treatments without prior legal or medical consent.

Rojas’ life story is similar to that faced by many other transgender people.

She came to Buenos Aires three years ago from a small town in northern Argentina, fleeing intolerance, but things were still tough in the capital and she was forced to prostitute herself. 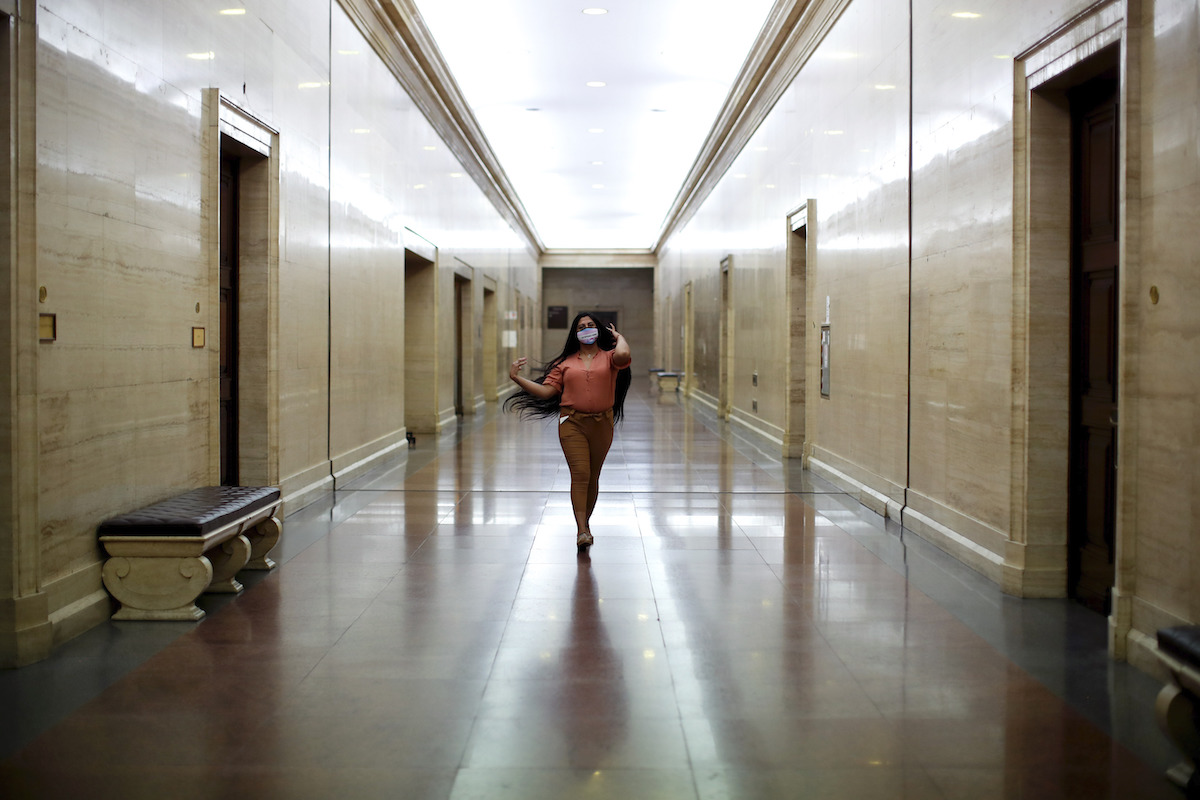 Transgender woman Angeles Rojas poses for a photo as she walks down a corridor of Banco Nación, where she works in Buenos Aires, Argentina, Thursday, November 5, 2020. (AP Photo/Natacha Pisarenko)

One morning, a client invited her into his car to go to a hotel. But he strayed from the route to the hotel, took out a gun and told her “give me your wallet.”

“I didn’t know what to do,” Rojas said. “I grabbed the steering wheel and he hit me. I woke up three days later in the hospital with a facial fracture, facial reconstruction and the loss of hearing in one ear.”

After spending three months in the hospital, Rojas left sex work and became an activist for the transgender community.

She says she “feels comfortable, happy with the treatment they give me” at the bank.

Many transgender people live in the Gondolín, a building in the Buenos Aires’ Palermo neighborhood with a blue front and painted mural of a mermaid and colored hearts. Transgender women come and go from the shared bathrooms to their rooms.

Guadalupe Olivares dons the pants, black shirt and briefcase she chose for an earlier job interview at the Ministry of Social Development.

“I think almost 100% of us have never had a registered job. You don’t know what a paycheck is. It’s a totally new world,” said Olivares, 33, who comes from San Juan province.

Smoking a cigarette and drinking a soda, Olivares said she submitted a lot of resumés. “When they called, I felt there was discrimination,” she said. “They didn’t tell you: ‘we’re not going to hire you as a ‘trava’ (transvestite),’ but they had that look asking why was I there.” 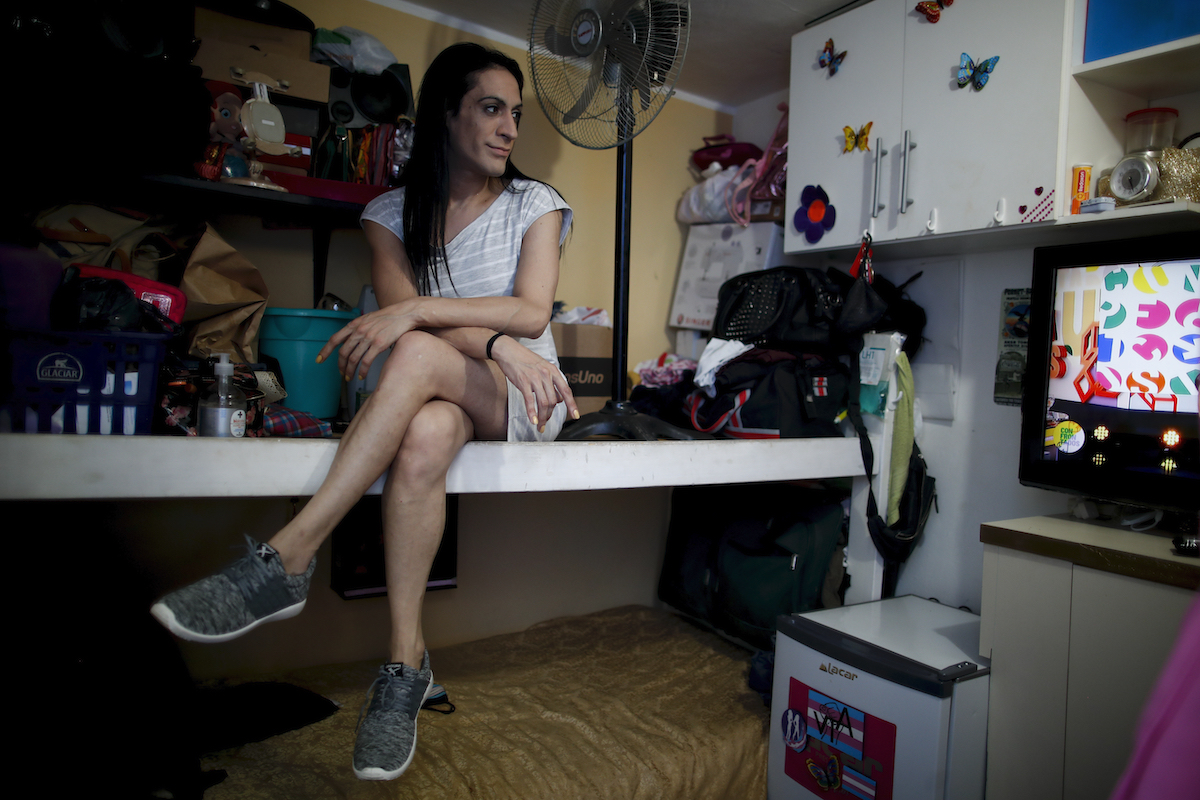 A report by the Latin American and Caribbean Network of Trans People published in December said “the vast majority of trans women in the region have sex work as their sole economic and subsistence livelihood.”

It goes on to say: In Latin America and the Caribbean transgender people have their right to work violated along with all their human rights, and this takes place “in a context of extreme violence.”

There have been advances in Argentina. This year, Diana Zurco became the first transgender presenter of Argentine television news, Mara Gómez was authorized by the Argentine Football Association to play in the professional women’s league and soprano María Castillo de Lima was the first transgender artist to go on stage at Teatro Colón.

However, the gap between the equality established by law and the real one remains large, warned Ese Montenegro, a male transgender activist hired as an adviser to the Chamber of Deputies’ women’s and diversity commission.

“We lack a lot, we lack education and political decision. We lack material and symbolic resources. There is a violence that is structural,” he said.