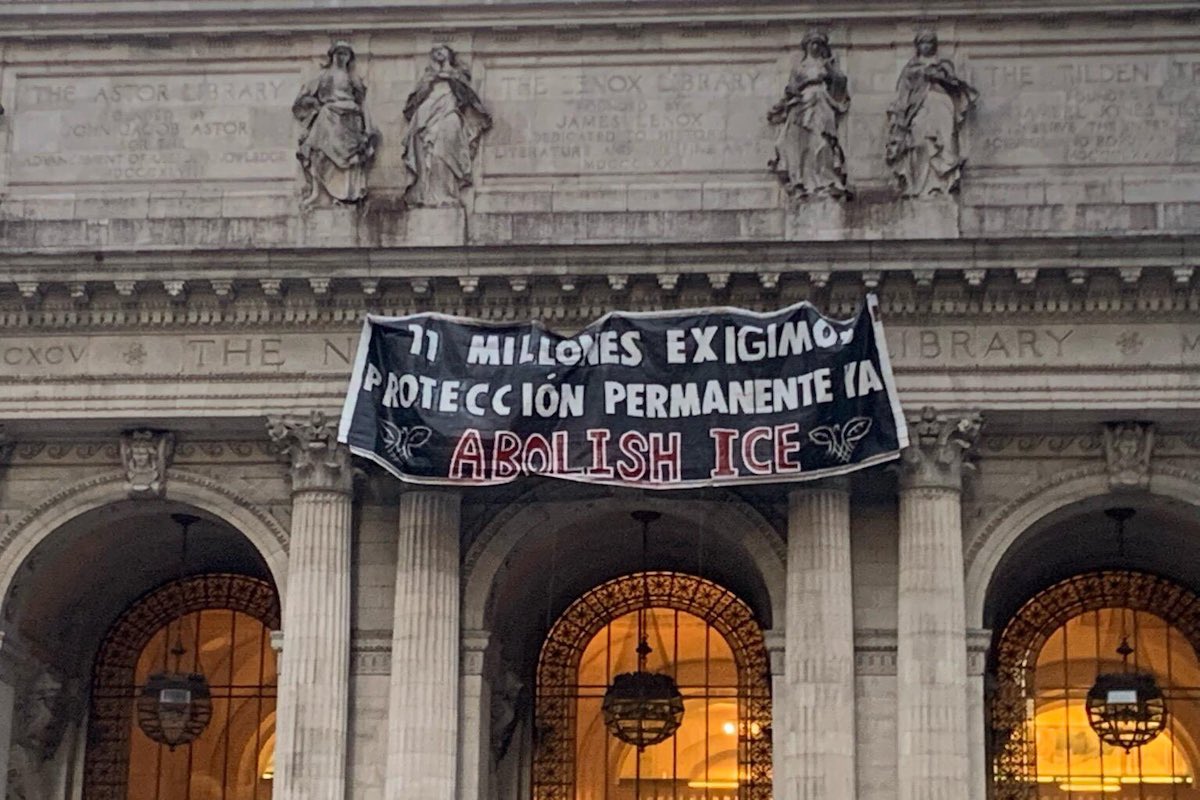 Immigrant rights group Movimiento Cosecha announced on Tuesday that it will be dropping banners in five states, calling on the incoming Biden administration to affirm its “commitment to fight for all the 11 million undocumented immigrants, a media release from the organization said.

“While the current administration has done nothing but vilify the immigrant community, spewing hatred in all forms throughout the last four years, immigrant leaders know that changing administrations has never been the solution,” the release added. “In the midst of this racism and xenophobia, the same that took over the Capitol this past week and separates millions of families through deportation every day, Movimiento Cosecha is sending a message to President elect Biden: ‘We are fighting for the permanent protection of ALL 11 million undocumented immigrants.'”

According to the release, banners will be dropped in the following states: New Jersey, New York, Massachusetts, Michigan, Georgia and New Mexico. On Tuesday morning, the Twitter account of Movimiento Cosecha posted a photo of a banner at the main branch of the New York Public Library.

As the country prepares for Inauguration Day, immigrants across the country demand permanent protection for ALL 11 million undocumented people! We begin our week of action today in NYC and will have actions throughout the week. #PermanentProtection pic.twitter.com/2oNnfLPZPK

“We are seeing how the incoming Democratic administration is being relied on as the solution to all the wrongs happening in the country. Biden and Harris are being regarded as the people that will put an end to the decades long attack and separation of immigrant families. But the immigrant community knows better. The community has been told to wait 100 days before, been promised reforms that only offer legal status for a small subset of the immigrant population in exchange for enforcement expansion, detention, and deportation, been divided as ‘families, not felons.'” Yet, it is those strategies that led to the 3 million deportations of the Obama-Biden Administration. The 11 million know that neither Democrats, nor Republicans, really ever heed our community’s needs,” the release said.

According to Movimiento Cosecha, the banner drops will be in the dozens. “DEMOCRATS DEPORT US TOO” and “11 MILLION DEMAND PERMANENT PROTECTION, DIGNITY, AND RESPECT” are two of the messages being printed on the banners.

“Undocumented immigrants are demanding a path to permanent legalization, dignity and respect for all immigrants living in cities and communities across this country, but also those in detention centers, sanctuaries, at the border and even those that have already been ripped apart from their families through deportation,” Movimiento Cosecha said.

On Wednesday, organizers from the Immigrant Legal Resource Center are planning a press conference outside the Biden transition headquarters in Wilmington, DE, “to ask him directly to prioritize undocumented people in his first 100 days starting on day 1,” according to a separate press release.

“I am here today to personally ask Joe Biden to make good on his campaign promises, and to act immediately when he takes office next week to protect families like mine that have been hunted and terrorized simply for daring to exist in this ‘land of the free,’” said an undocumented woman who will be speaking at the Wednesday press conference. Organizers of the event said her identity is not being disclosed publicly at this moment for safety reasons.

“We stand with immigrant families and other allies, to remind President Elect Biden of the hope of millions that he should hold as he enters office. We stand to say that reversing Trump’s anti-immigrant policies is a beginning but it cannot be the end of Biden’s immigration plan. As people of faith, we remind our communities, we were once all foreigners ourselves (Deuteronomy 10:19).” Pastor Chelsea Spyres & Rev. Edwin Estevez, Grace UMC & Riverfront Church.

The released also noted the following: “During his presidency, Trump issued over 400 anti-immigrant executive orders along with staggering numbers of regulatory changes and policy initiatives. These range from the policy of child separation to changes in the citizenship exam and everything in between. Emboldened by Trump’s virulent xenophobia, ICE and CBP compounded these injustices with outright human rights abuses and deliberate cruelty.”