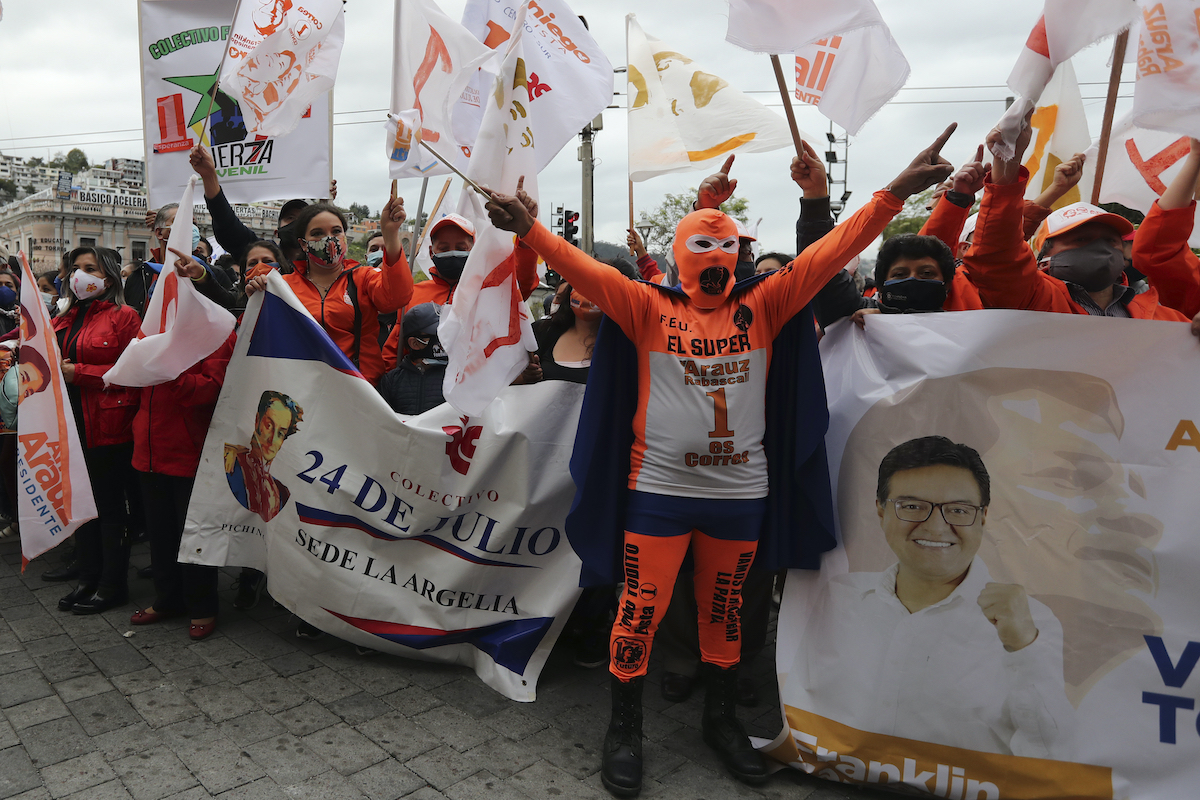 QUITO, Ecuador (AP) — Evidence of the crisis in Ecuador is everywhere: shuttered restaurants, soaring oxygen tank prices and countless “for sale” and “for rent” signs hanging from buildings. The South American country’s beleaguered economy and the coronavirus pandemic are pushing millions to despair.

“There used to be a restaurant in my retail space, but the country’s crisis caused the tenants to leave, and right now, few people have money to eat out every day,” said Fausto Viteri, who is trying to lease or sell his commercial property in a once-vibrant neighborhood in Ecuador’s capital city of Quito. “Very few of those who come by dare to enter the businesses that have survived around here.”

Now, how soon Viteri and fellow landlords start making money off their properties again may very well depend on who gets elected president on Sunday. Democratic institutions came under stress during Rafael Correa’s 10-year presidency, which ended in 2017, and the policies enacted by the successor of President Lenín Moreno will dictate how quickly this oil-rich country climbs out of the crisis.

More than a dozen candidates have entered the presidential race, making a runoff election on April 11 virtually certain. Two of them have led the polls in recent months, but most have little to no name recognition at the national level and are taking advantage of the publicly funded election system to run their campaigns.

One of the two main contenders is Andrés Arauz, who was picked by Correa—still a powerful political force despite his conviction on corruption charges. Arauz has proposed making the wealthy pay more taxes and strengthen consumer protection mechanisms, public banking and local credit and savings organizations. He has said he will not comply with agreements with the International Monetary Fund.

The other leading candidate is banker Guillermo Lasso, who favors free market policies and Ecuador’s rapprochement with international organizations. He has promised to create more jobs and attract international banks. He also wants to boost the oil, mining and energy sectors through the participation of private entities to replace state financing. 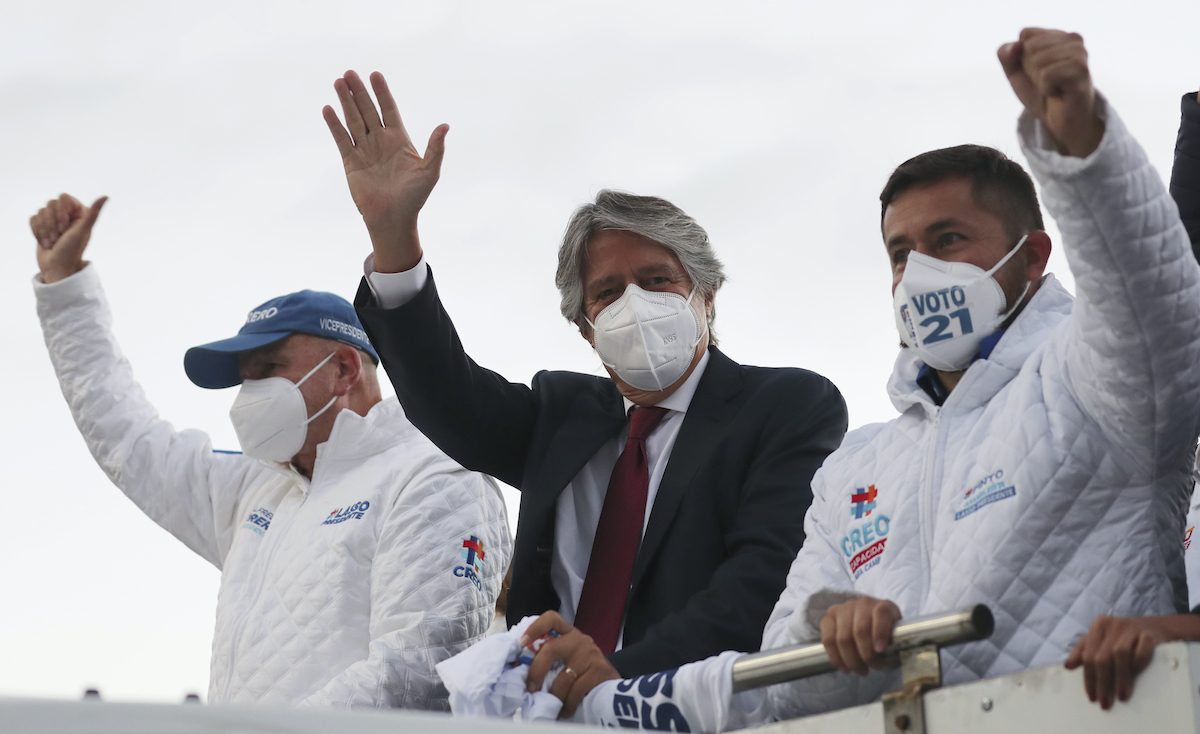 In a distant third place in the polls comes Yaku Pérez, representing an Indigenous party.

The nation of about 17.4 million people on South America’s west coast began experiencing an economic slowdown largely driven by the drop in oil prices in 2015.

“Ecuador is one of the most unstable countries in Latin America. There’s a recession, deep political instability, (and) in October 2019, there was a massive Indigenous uprising,” said Grace M. Jaramillo, an adjunct professor at the University of British Columbia whose research includes Latin America. “It’s a country at a crossroads. There’s deep political polarization that has plagued the country since the end of the Rafael Correa administration, and ever since, the political parties have been divided between whoever supports Correa —they call it correísmo— and whoever supports a transition that leads to something different, more plural, less authoritarian.”

Correa became president in 2007. He was an ally of former Venezuelan President Hugo Chávez, was accused of increasing authoritarianism while in office and declared Ecuador would default on more than $3 billion worth of bonds. He managed to slash the price of the outstanding bonds, but by the end of his tenure the country was already in a recession.

Moreno, who has said he was uninterested in seeking re-election, was Correa’s vice president. Correa was sentenced in absentia in April to eight years in prison for his role in an elaborate scheme that demanded millions of dollars from businessmen in exchange for the contracts of large infrastructure projects between 2012 and 2016. Authorities have said the money obtained by Correa and other officials during his administration was used to finance political campaigns and party events. 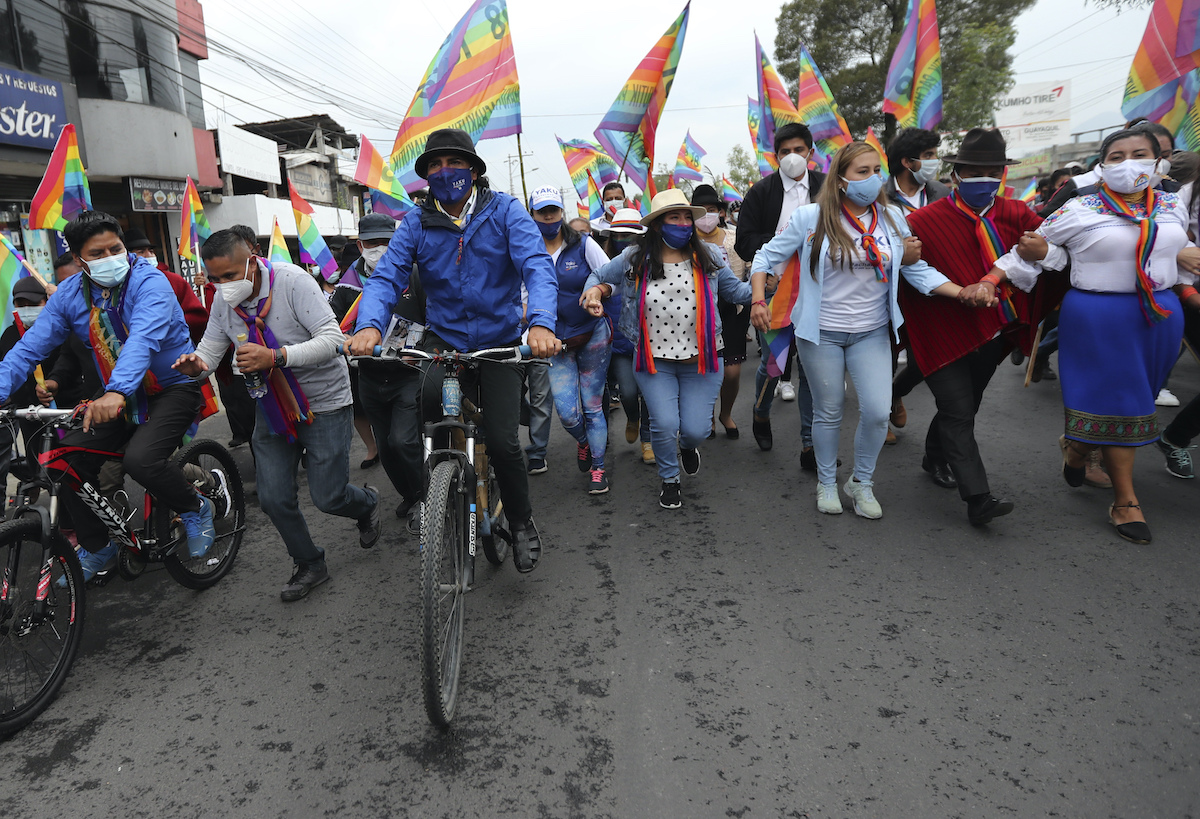 Jaramillo said the top two challenges for Ecuador’s next president go hand in hand: A proper vaccination campaign of the majority of the population will be necessary to start the country’s economic recovery. The pandemic paralyzed 70% of businesses last year and left 600,000 unemployed, bringing the country’s unemployment rate to almost 68%.

Ecuador adopted the U.S. dollar as its currency two decades ago as it faced the threat of hyperinflation and a crisis that forced the closure of more than half the country’s 42 banks.

The new president will have to address an economy that has contracted between 10% and 12%, a debt that is equivalent to about 60% of the gross domestic product and a poverty rate of around 35%. Against all odds, officials reached a successful agreement in August to restructure $17.4 billion of the country’s external debt after obtaining a financial program with the IMF for $6.5 billion.

“It is crucial for the next government to maintain the same trend of betting on economic growth and debt control and that it does not lean towards populist measures that translate into expansive spending that pushes the country back towards a more significant fiscal gap, increasing the risk of default and limiting access to international credit,” analysts with Torino Economics wrote in a note to investors last month. 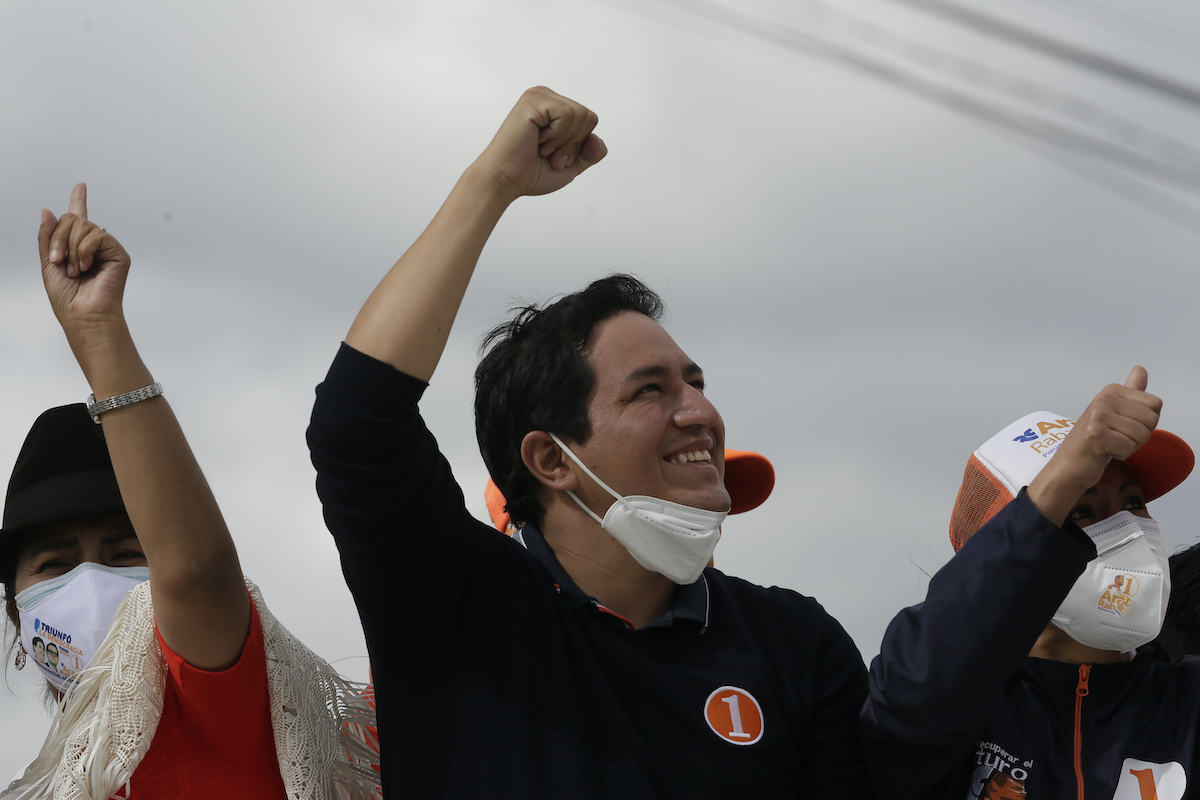 The country has recorded more than 251,000 cases and over 14,900 deaths of COVID-19 as of Wednesday, according to data from Johns Hopkins University in the United States. It began vaccinating health care workers against the coronavirus on January 21, but for small business owners, the uncertainties created by the pandemic and the upcoming elections can’t end soon enough.

“In recent years, we have been surviving, and since last year, fighting not to disappear,” said Mauricio Bermeo, who owns a small steel products company. “But now with the elections, we are only facing despair because the country’s economy is getting worse and worse, there is no work, there is no money, and the candidates do not talk about how they are going to solve these problems.”