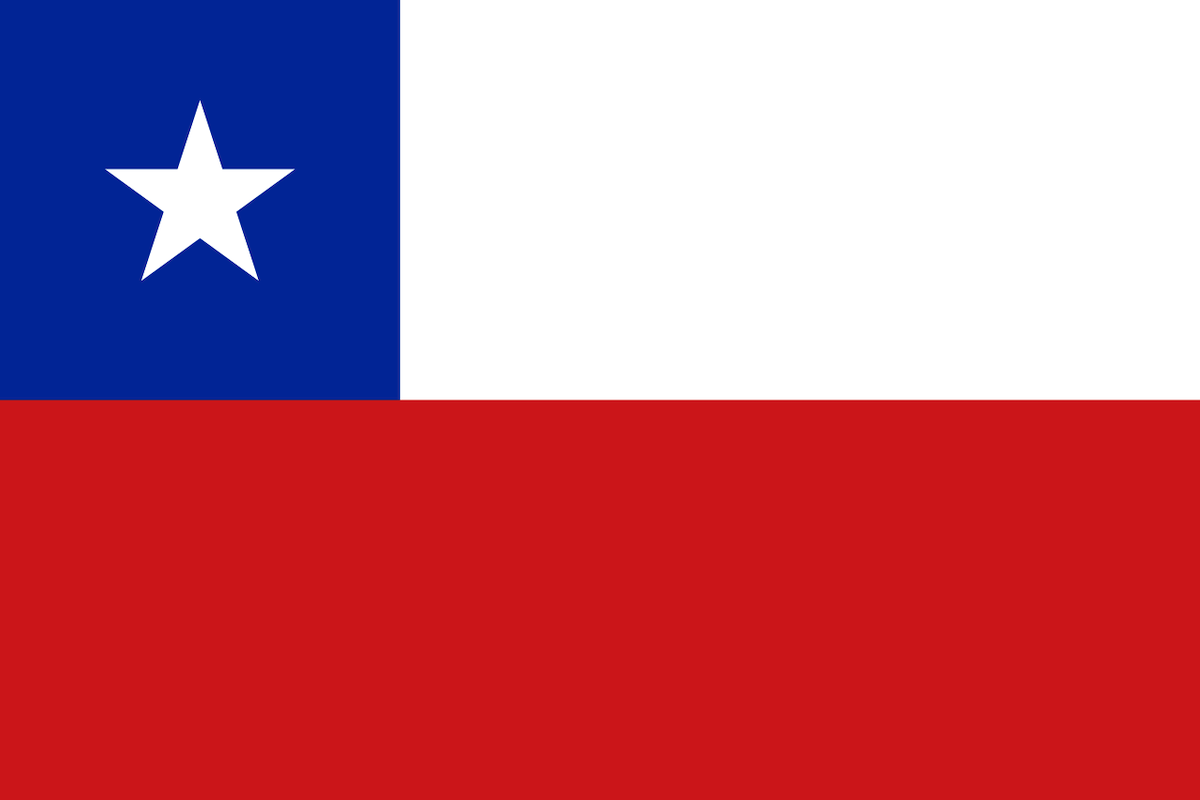 At first glance, it may seem that the race to acquire COVID-19 vaccines has been won by Western nations. But alongside the UK, Canada, USA and EU, another country has also secured a high number of doses relative to its population—Chile.

To date, Chile has ordered close to 90 million vaccine doses—enough to fully vaccinate its population of 19.2 million people twice. It’s set to receive vaccines from Pfizer, AstraZeneca, Sinovac and Johnson & Johnson as well as from the global vaccine-supply program, Covax.

How has this small country managed to stand alongside the wealthiest nations in the world in securing enough vaccine doses to immunize its people? Economics has certainly been a factor, but not in the same way as for the others leading the vaccine race.

Chile is not a poor country. It has been one of Latin America’s fastest-growing economies in recent decades. It’s also a member of the Organisation for Economic Co-operation and Development (OECD), a “club of mostly rich countries” that brings together nations with the highest levels of income and human development. Yet income inequality in Chile is higher than in any other OECD country and 65% higher than the OECD average.

Because of this, Chile has been immersed in a sociopolitical crisis since the end of 2019. Massive demonstrations and violent riots against inequality have seen the government face the most serious social unrest since the end of Pinochet’s dictatorship. As a consequence, president Sebastián Piñera’s approval rating is the lowest of any leader since the country’s return to democracy in 1990.

In June 2020, a sharp increase in COVID-19 cases prompted strong criticism of the government’s ability to handle the pandemic, which only added to the president’s woes. In response, Piñera seems to have understood that the only way of improving his popularity before his presidency ends later this year is by securing the highest number of vaccines possible. 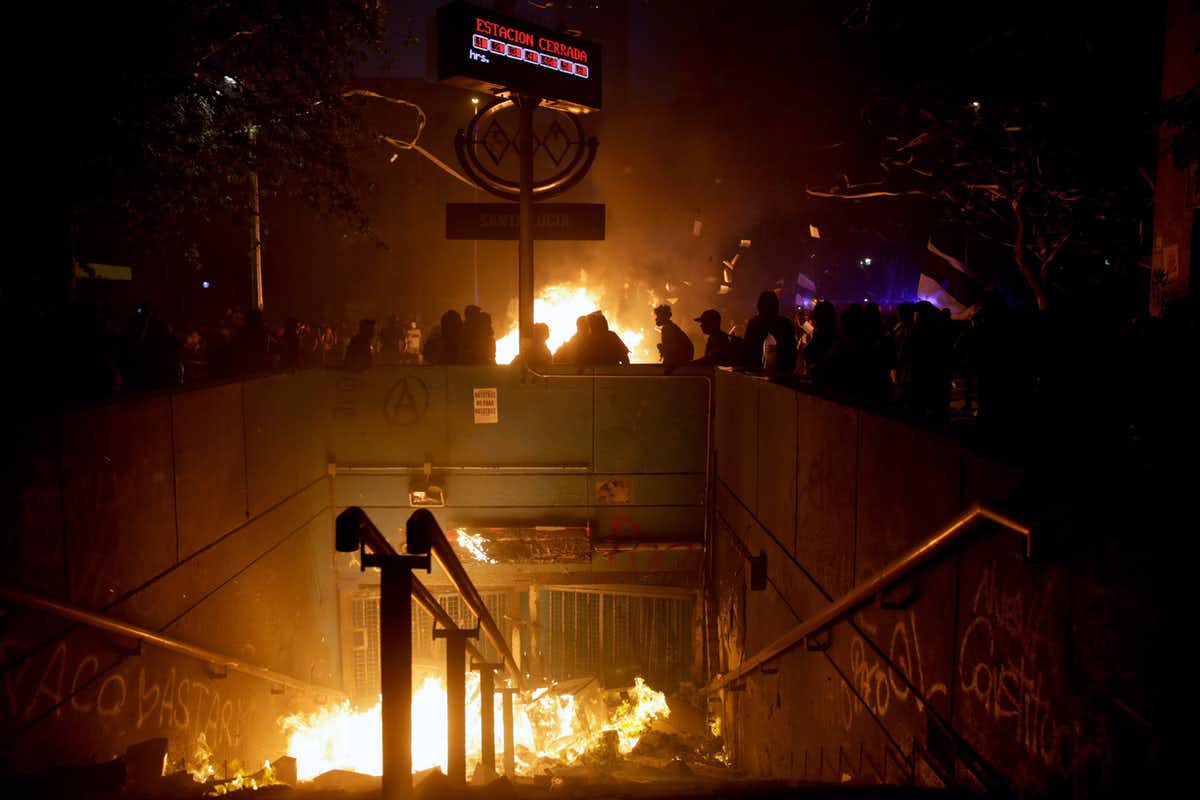 Violent protests against inequality and Piñera’s government began after a rise in metro fares. (Photo via EPA-EFE)

This has meant going back on his previous efforts to paint the country as an example of stability and sound economic management. Instead, Piñera has argued the opposite in order to get better deals with pharmaceutical companies.

Chile’s status as a high-income country in the eyes of the World Bank has been a particular sticking point when negotiating orders with vaccine manufacturers, especially AstraZeneca. To avoid paying a high price, the government has had to demonstrate that due to the pandemic and the sociopolitical crisis, Chile’s economic position is worse than that of the world’s most advanced economies, and so it deserves to pay less for vaccines. This recasting of Chile as a country facing economic hardship seems to have worked.

In an international order characterized by zero-sum calculations and self-interest, Piñera and the Chilean government have been following the rules of the game to boost their own chances of survival.

But the Chilean government hasn’t just been successful by pleading lack of funds. It’s also acquired doses by building a highly diverse portfolio of vaccines, composed of different types at different stages of development, to hedge risks.

Although other governments have done this too, Chile adopted this strategy very early on. It moved quickly into negotiations with many pharmaceutical companies, including frontrunners such as AstraZeneca and Pfizer but also Johnson & Johnson, which was further behind in development. This was helped by the Chilean economy’s tradition of being highly open to trade: Chilean trade negotiators have strong skills, a wide range of international contacts and are used to facing uncertain environments.

It’s fair to say that in its diversification strategy, Chile went far beyond most advanced economies, pinning its hopes on the CoronaVac vaccine, developed by the Chinese company Sinovac (it has ordered 60 million doses). In contrast, most European countries have chosen only Western vaccines, despite the comparative advantage of Chinese companies’ massive manufacturing capacity and their vaccines being easy to transport.

Chile has stringent regulatory protection for clinical trial participants, but this didn’t dissuade developers from conducting research there. This may have been counterbalanced by the international outlook of Chilean universities, some of which had already forged close ties with these pharmaceutical companies before the pandemic.

The Pontifical Catholic University of Chile, for example, had already established links with Sinovac for developing vaccines against respiratory viruses before COVID-19 struck. So it wasn’t difficult to convince the Chilean government to provide funds for hosting the CoronaVac trial in the country. In return, Sinovac promised early access to doses and a better price.

The Chilean government’s ambitious goal is to vaccinate 80% of its population by June 2021. Despite having secured double the doses needed, it is now negotiating additional deals in case those contracts fail.

Rolling out the vaccine to the public is progressing quickly, having only started in early February. The Chilean health system has significant experience in mass immunization programs, and many vaccination centers have been set up around the country to meet this goal.

This is the average rate of daily vaccinations in EU countries and the US in comparison with Chile – relative to the population of each country and averaged over the last week.

For now, the government’s strategy to put Chile among the first countries to secure vaccine doses seems to have paid off. It’s too early, though, to predict whether it will have a positive effect on Piñera and the government’s popularity.