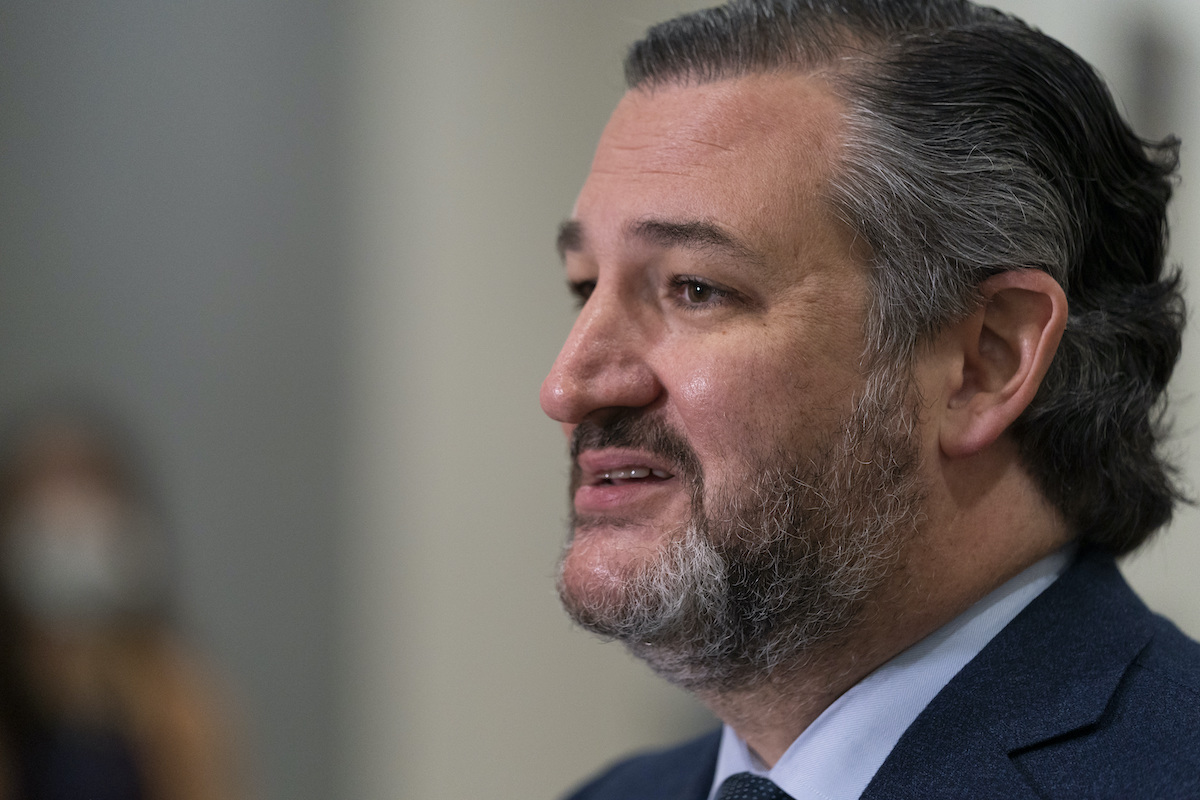 DALLAS (AP) — Texas Sen. Ted Cruz acknowledged on Thursday that he had traveled to Mexico for a family vacation this week, leaving his home state as thousands of constituents struggled without power or safe drinking water after a powerful winter storm.

The high-profile Republican, a potential White House candidate in 2024, said in a statement that he had accompanied his family after his daughters asked to go on a trip with friends, given that school was canceled for the week.

“Wanting to be a good dad, I flew down with them last night and am flying back this afternoon,” Cruz said after The Associated Press and other media outlets had reported details of the trip.

“My staff and I are in constant communication with state and local leaders to get to the bottom of what happened in Texas,” Cruz said. “We want our power back, our water on, and our homes warm.”

The revelation drew immediate criticism from Democrats and Republicans in Texas and beyond as Cruz, a key ally of former President Donald Trump, contemplates the possibility of a second presidential run. The two-term senator’s current term expires in early 2025.

“That’s something that he has to answer to his constituents about,” state Republican Party Chairman Allen West said when asked whether Cruz’s travel was appropriate while Texans are without power and water.

“I’m here trying to take care of my family and look after my friends and others that are still without power,” West said. “That’s my focus.”

Hundreds of thousands of people in Texas woke up Thursday to a fourth day without power, and a water crisis was unfolding after winter storms wreaked havoc on the state’s power grid and utilities.

Texas officials ordered 7 million people —one-quarter of the population of the nation’s second-largest state— to boil tap water before drinking the water, after days of record low temperatures that damaged infrastructure and froze pipes.

In Austin, some hospitals faced a loss in water pressure and in some cases, heat.

Cruz’s office declined to answer specific questions about the family vacation, but his staff reached out to the Houston Police Department on Wednesday afternoon to say the senator would be arriving at the airport, according to department spokeswoman Jodi Silva. She said officers “monitored his movements” while Cruz was at the airport.

Silva could not say whether such requests are typical for Cruz’s travel or whether his staff has made a similar request for his return flight.

U.S. Capitol Police officials and the Senate Sergeant-at-Arms have encouraged lawmakers and their staff to be conscious of potential threats and to consider advising law enforcement about their travel at airports and other transportation hubs.

Cruz has been demonized by the left even before he ran for president in 2016. In more recent years, he has positioned himself as a Trump loyalist with an eye toward a potential second White House bid.

The Texas senator, who once described Trump as a “pathological liar,” championed the-then president’s call to block the certification last month of Democrat Joe Biden’s election victory. That stand led to calls for Cruz’s resignation after a violent mob stormed the Capitol as Congress was affirming Biden’s win.

“Ted Cruz had already proven to be an enemy to our democracy by inciting an insurrection. Now, he is proving to be an enemy to our state by abandoning us in our greatest time of need,” Texas Democratic Party Chair Gilberto Hinojosa said Thursday. “For the 21st time, the Texas Democratic Party calls on Ted Cruz to resign or be expelled from office.”

Cruz’s office dismissed calls for his resignation earlier in the month.

“The left –and some grifters on the right– are consumed by partisan anger and rage,” his office said in a written statement. “Sen. Cruz will continue to work for 29 million Texans in the Senate.”