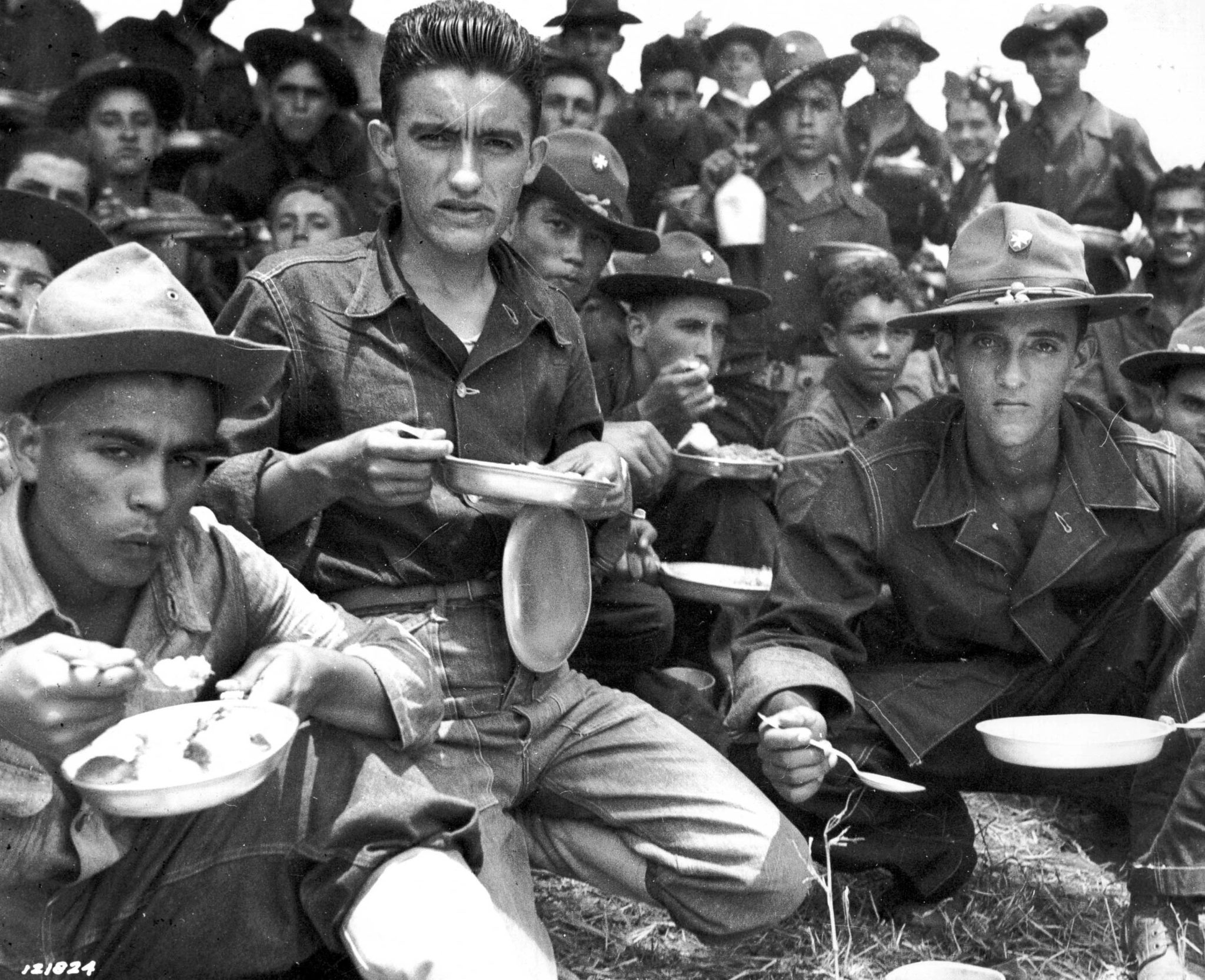 Editor’s Note: An earlier version of this response was published at the author’s site.

Today I woke up to an inbox with many messages including an opinion piece published in Latino Rebels “Heroes of Another Flag: The Use of Puerto Ricans as Colonial Troops (OPINION)” by Javier A. Hernández.

Because colonial military service is my area of expertise, I opened the messages with much enthusiasm. However, once I read the opinion piece, I was incredibly disappointed, to say the least. From the many factual errors to false analogies, leaps in logic and a series of “did not, did too,” the article makes for a horrible, biased piece, with the sole intent of spreading disinformation and nationalist propaganda. Worse, it paints Puerto Ricans who have served (and continue to serve) in the U.S. military as both pawns and villains serving another nation and enslaving their own. Like in every piece of propaganda, the historical records don’t support what we can very generously call Hernández’s “argument.”

Hernández: “This appeal is based on the false premise that Puerto Rico somehow deserves and is entitled to statehood just because Puerto Ricans, as colonial subjects with second-class American citizenship, have served and died in U.S. wars.”

If a U.S. citizen from Texas moves to Puerto Rico and makes it their state of residency, they lose their representation and became colonial subjects. The reverse is true for a Puerto Rican residing in Puerto Rico who then moves any state in the U.S. and claims it as their residence. It is worth emphasizing this because I had college students from Puerto Ric o (and from the Diaspora) who didn’t know they had the right to vote. They didn’t know, precisely because of the casual way in which some people talk about having second-class citizenship, and the tired old song “Puerto Ricans can’t vote for the president or have representation in Congress.” Not true. Residents of Puerto Rico can’t do that. Puerto Ricans can.

Also, you can’t just call something a “false premise” because you don’t agree with it. Isn’t that what Trump and right-wing media talking heads do? The argument that Puerto Rico deserves statehood because of the military service by hundreds of thousands of Puerto Ricans is not a false premise—it may be a flawed argument (and the author should point out why) but it is not a false premise.

Hernández: “In the Puerto Rican colonial context, when you peel away the aura, insignias, and fanfare, the PRNG is historically nothing more than a colonial militia organization made up of Puerto Ricans to protect the colonial government, many times from their fellow Puerto Ricans.”

The author ignores that the mission of the Puerto Rico National Guard (PRNG) —when deployed in Puerto Rico— has been to aid during crises such as hurricanes or recent earthquakes. Before the Estado Libre Asociado (ELA) became able to fulfill most of the functions civilian entities should provide, the PRNG and the 65th infantry provided them. From the musicians of military bands participating in parades and teaching music, to conducting workshops on hygiene and health, to leading efforts on water purification or aiding in vaccinations, PRNG units have had a salutary effect on Puerto Rican communities. Actually, they are part of the communities they serve.

I guess that the author refers to the use of the National Guard during the 1950 nationalist Insurrection. But here he is mistaken—the nationalists launched an armed insurrection to overthrow the will of the vast majority of Puerto Ricans and impede the vote for the ELA. The PRNG helped police, firemen and nurses in putting down the armed uprising. They were not protecting the government from the people. They protected the government elected by the people from armed insurrectionists.

There are many differences. For example, Japan, France and the British all took over sovereign countries and to different degrees forced the residents of these countries to serve in constabulary forces and as colonial troops when in peril. Those soldiers did not have citizenship, and after the wars, they were even denied their pensions.

The author mentions the case of Japan in Korea as if it wasn’t the complete exact opposite of the Puerto Rican case. Unlike Puerto Rico, there weren’t hundreds of thousands of Koreans volunteering to serve in the Japanese Imperial Army. Those who served were forced. And when I say forced, I mean with extreme violence and brutality. Once in it, they had the most menial tasks and were routinely humiliated and brutalized by the Japanese. That is the case because Japan had conquered a sovereign entity and proceeded to really enslave them—not metaphorically, but in actuality.

Hernández: “Although the PRNG is made up of Puerto Ricans, it doesn’t serve Puerto Rico nor takes orders from a Puerto Rican President—it serves the colonial regime, and people need to understand and internalize this fact.”

The author should familiarize himself with how the PRNG operates. Like any other National Guard in the United States, it is under the authority of the governor of the state or territory, and under the authority of the President when federalized into service. The PRNG serves in Puerto Rico, and like mentioned above; it provides all kinds of services to the local communities—the very same communities they are a PART OF.

Hernández: “Puerto Ricans have bravely served for centuries in the Spanish armed forces, and even fought against the United States during the Spanish-American War of 1898.”

Very few Puerto Ricans fought against the United States in 1898 because the Spanish colonial government had banned them from the military. There were Puerto Ricans fighting in this war—many in Cuba or the Philippines fighting for the Spaniards. There was also the offspring (first generation) of peninsulares born in Puerto Rico. They were repressive, conservative, pro-Spain and anti-Puerto Rico. element. Serving in the Instituto de Voluntarios, they fought to defend Spain, not Puerto Rico. In fact, these voluntarios were despised by the majority of the Puerto Rican population.

The author is right when he mentions that Puerto Ricans who have served in the U.S. military have supported political status other than statehood. But that is like saying the sky is blue. The PRNG was created after WWI ended. Since that moment, its officers were associated with Puerto Rico’s Liberals and, by the establishment of the ELA, with the PPD—to the point that many ran the new civilian offices providing the services they once provided as National Guard members. Now, it is more diverse, with people from all political factions serving in the PRNG or in any of the branches of the U.S. armed forces.

The author misses so many points, that this commentary has become too long.

So, a quick summary. Citizenship was not extended to the Puerto Ricans to force them to serve. The Foraker Act, which made them American nationals in 1900, was enough to “force” them to register for the draft. Still, they were not wanted, and the hundreds of thousands of volunteers were rejected at a rate of more than 70%. The same thing happened in WWII. There was a similar story in Korea—with even more volunteers. A majority of Puerto Ricans who served in Vietnam also volunteered. And after the draft was ended in 1972 and replaced with all-volunteer, the military has had two main sales pitches to attract recruits: serving for honor and country by being your best version, and a generous economic/benefits package. None of this is new. Nothing at all. And it wasn’t designed with Puerto Rico in mind.

Ironically, by attacking the National Guard, and wrongly exalting those “Puerto Ricans” who fought for Spain (not Puerto Rico) in 1898, the author shows both the elitism and the Hispanofilia that plagues the nationalist movement.

Tens of thousands of Puerto Ricans from the poor working class see military service as their only option for a better chance. That is not fair. And it should not be the case.

However, unlike Hernández, I won’t denigrate their service to score points for a political goal or ideology.

Since WWII (because of the GI Bill), military service has provided the bridge for HUNDREDS of THOUSANDS of Puerto Ricans from the lowest economic strata to leap into the middle class. They served, they studied, they created new businesses. They subsidized the schooling of others, became community pillars, invested in their communities. As a result, they made Puerto Rico better from the bottom up—most of the time without their sacrifices being acknowledged.

As for heroes, they may not be Hernández’s heroes, but they are exactly that to their relatives, friends, and the people in their communities. And they are Puerto Rico.