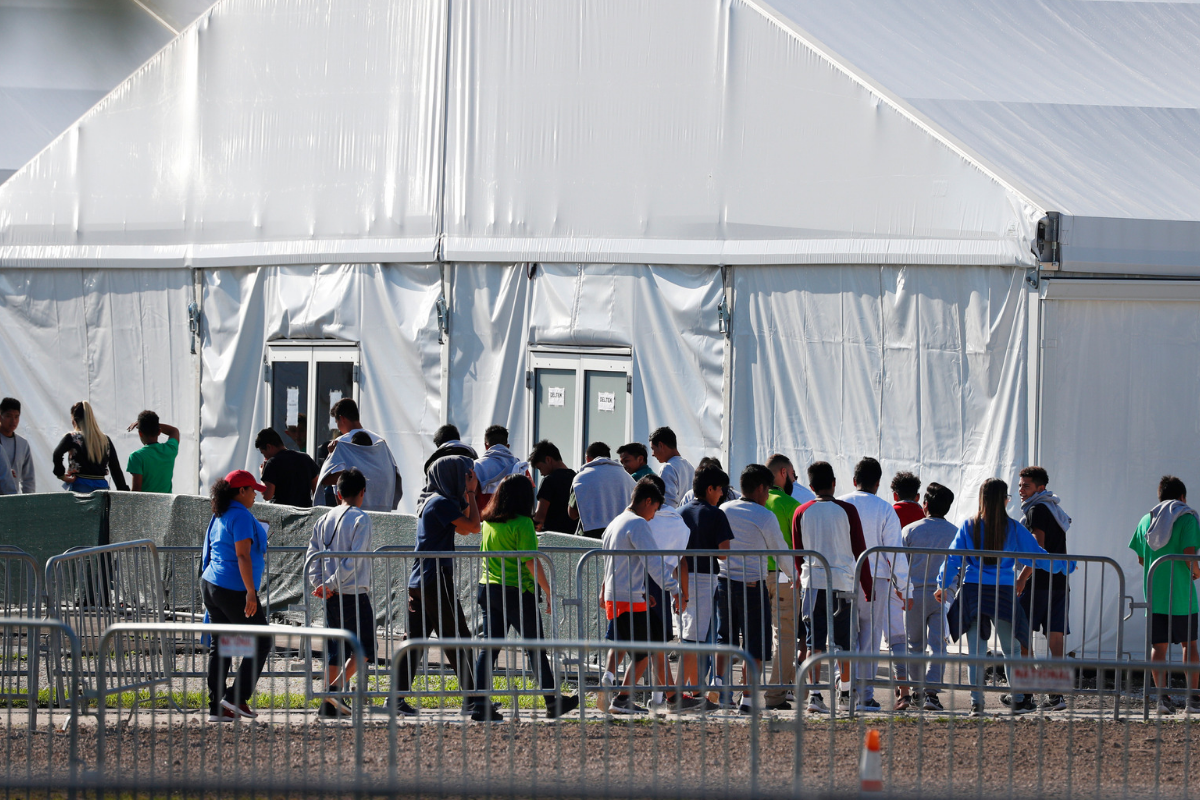 In this February 19, 2019, file photo, children line up to enter a tent at the Homestead Temporary Shelter for Unaccompanied Children in Homestead, Fla. (AP Photo/Wilfredo Lee, File)

MIAMI, FL — As reports emerge that the Biden Administration is planning to reopen a detention center for immigrant youth in Homestead, Florida, communities are already mobilizing to stop it. The Homestead detention center was closed in August 2019 after massive public pressure both locally and nationally. Now it will reopen under a new name —the Biscayne Influx Care Facility— to jail teens ages 13 to 17 who are coming to the U.S. seeking refuge.

“I strongly condemn the actions of the Biden administration. If President Biden cares about reuniting families, why is he reopening a detention center to hold immigrant children?” said Lis-Marie Alvarado, Program Director for the American Friends Service Committee (AFSC) in Florida. “He is planning to put children in danger, in a place where it’s impossible to follow public health guidelines for COVID-19, where there are no safety measures for hurricanes, where they will have no access to education, a high likelihood of abuse, and there is toxic contamination. We shut this place down before and we will do it again”

AFSC worked with partners in Florida and nationally for months to shut down the detention center, which held around 2000 young people under President Trump. Now, they are reviving the End Child Detention Coalition and working with faith allies to prevent this center from reopening.

“Detention traumatizes and harms both children and adults,” explains Mariana Martinez, an organizer with the American Friends Service Committee and a resident of Homestead. “It funnels money to private corporations and tears apart families and communities. The people of Homestead don’t want an economy based in the abuse of children. Instead of investing in suffering and despair, we want investment in jobs that bring sustainability and resources.”