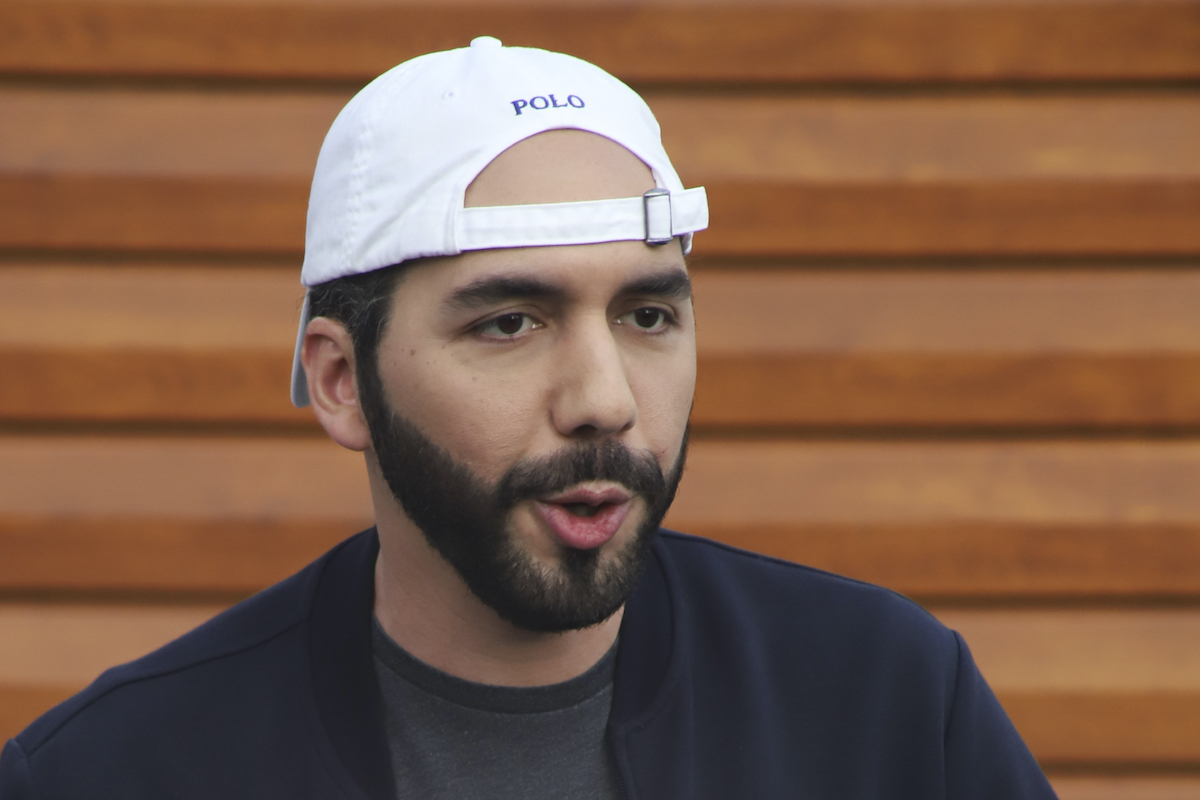 In this February 17, 2021 file photo, Salvadoran President Nayib Bukele speaks before the start of vaccination of medical staff with the AstraZeneca COVID-19 vaccine at the Atlacatl Medical Unit of the Salvadoran Social Security Institute in San Salvador, El Salvador. (AP Photo/Salvador Meléndez, File)

SAN SALVADOR, El Salvador (AP) — In the two years since President Nayib Bukele won a stunning victory over El Salvador’s established political parties, the hold that the opposition maintained on the congress and other key positions has been a point of constant frustration for the young president and his fervent supporters.

That could change Sunday when Salvadorans go to the polls in local and legislative elections that observers and surveys suggest could remake the country’s political landscape.

Anger with the parties that ruled El Salvador for nearly three decades swept Bukele into office in 2019, and frustration remains. Bukele has made clear the Legislative Assembly has been an obstacle to his efforts in everything from controlling crime to managing the coronavirus pandemic.

Even though Bukele is not a candidate, he is at the center of candidates’ campaigns either to support him or provide a check on his power. The conservative Nationalist Republican Alliance (Arena) and leftist Farabundo Marti Liberation Front hope that the possibility of Bukele’s New Ideas party taking control of the congress will rally their bases, but both parties have been discredited by scandals over the years.

With a majority in the Legislative Assembly, Bukele’s party would not only be able to advance the president’s agenda, but also name justices to the Supreme Court —another Bukele obstacle— magistrates to the Supreme Electoral Tribunal, the Attorney General, the prosecutor for the defense of human rights and others. Essentially his party could replace his loudest critics.

Eduardo Escobar, executive director of the nongovernmental organization Citizen Action, said that if New Ideas wins a congressional majority, El Salvador would lose “that brake on the exercise of power from the legislature, when legality or constitutionality is exceeded, (and) that brakes any attempted abuse, any arbitrary act that the executive wants to commit.”

“It would deepen the authoritarianism of the government Bukele leads,” Escobar said.

The administration of U.S. President Joe Biden has been cautious. The AP reported this month that Bukele sought meetings on a brief trip to Washington with administration officials and was not granted any. Bukele has vehemently denied seeking such meetings.

Former Arena lawmaker Johnny Wright, who is seeking a return to Congress with the new Our Time party, said he believes “the system of government that we’ve known of checks and balances, of democracy, of plurality, is at stake.”

But Escobar concedes that Bukele’s popularity remains at stratospheric levels and the rejection of the traditional parties is nearly as high. New Ideas’ popularity is because “in the 30 years of government under these parties, the people have not seen improvements in their lives.”

Dagoberto Gutiérrez, a former guerrilla commander and signatory to the peace accord that ended the 12-year civil war, said “the people this Sunday are going to bury those incapable parties… that are reaping a hatred and rancor that they earned, doing everything possible to make the public hate them.”

Gutiérrez, now a political analyst, said the election will mark the end of a governing class based on those parties. It will be replaced by “a new governing class that doesn’t come from any political party, but comes from the guts of society.”

Tahnya Pastor, a young lawyer who didn’t manage to get on the ballot as an independent candidate to a legislative seat, said she recognized that the public’s enthusiasm for New Ideas has been sustained and even increased.

But she criticized Bukele and opposition lawmakers for deepening their political conflict. “The bridges have been dynamited, there’s no repairing them, there is no going back,” she said.

“In El Salvador, there is selective justice, an unjust, circular, vicious system where only the wealthy are favored,” Pastor said. “The people have placed their hopes in President Bukele who has changed preconceptions and like it or not, has helped the people.”

One response to “El Salvador Election Could Remake Political Landscape”