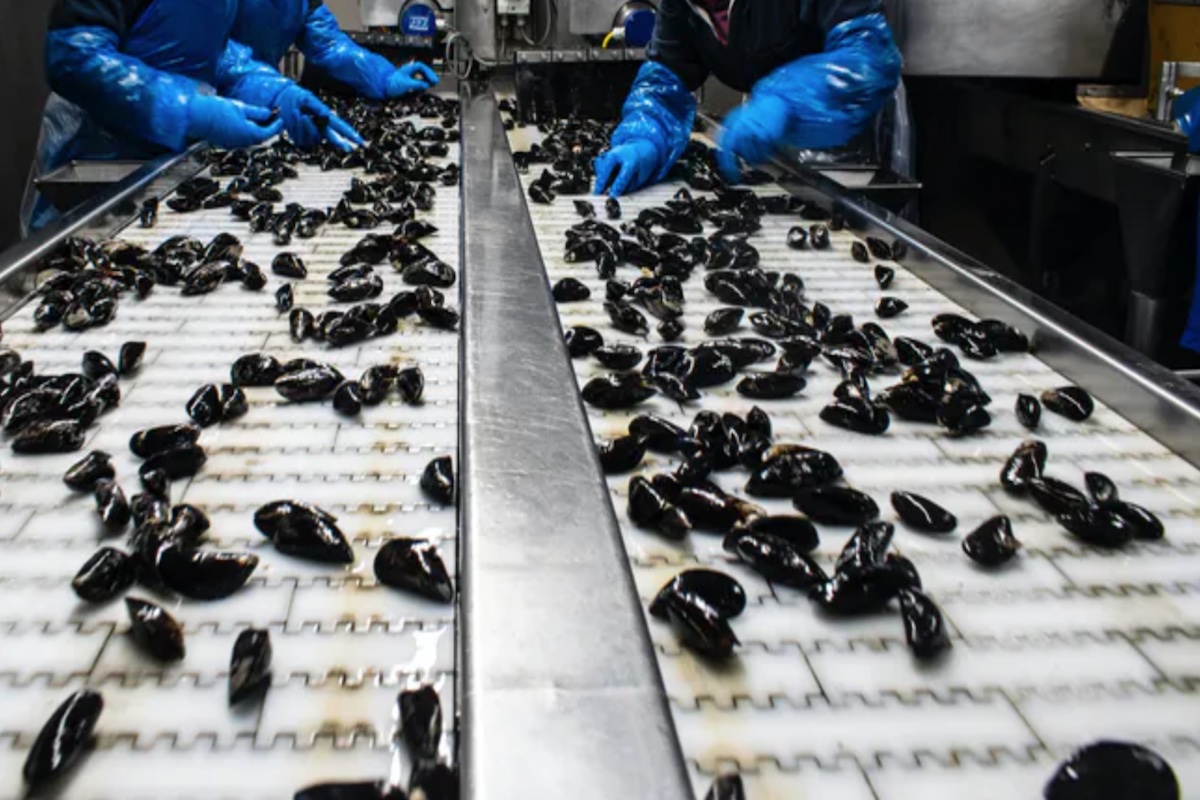 The health and well-being of temporary foreign workers in the seafood industry in Atlantic Canada are disregarded in favor of business and economic concerns. (Paul Einerhand/Unsplash)

Canada’s federal government recently imposed new air travel restrictions in an effort to contain the spread of COVID-19. The government and four major airlines agreed to temporarily stop all incoming flights from Mexico and the Caribbean, and closed the Halifax and Moncton airports to international arrivals.

Maritime farming and seafood-processing industries, typically reliant on foreign labor, will be hit hard by the ban, with Mexico and Jamaica among the top source countries of temporary foreign workers. In media reports, spokespeople for those industries worried that the regulations would disrupt their labor supply or potentially lead to increased costs.

Temporary foreign workers have historically provided significant labor to Maritime food industries. In 2019, Prince Edward Island, New Brunswick and Nova Scotia employed 1,178; 1,963 and 2,824 such workers respectively. However, in 2020 these numbers declined by 18 percent, leaving the Canadian farm and seafood-processing industries fearful of the impacts of further cuts to the program for the 2021 season.

With the travel ban restricting access to temporary foreign workers, employers considered lobbying the federal government to allow airlines to fly in foreign labor to Maritime airports. Other employers suggested they themselves would need to absorb the costs of chartered flights.

Charter flights have been used since the onset of the pandemic. In the spring of 2020, Germany and the United Kingdom used chartered flights to fly in Eastern European workers to meet national farming demands.

Scholars and activists have been critical of this practice, asserting that these flights provide inadequate COVID-19 protections for the workers.

The risks were vividly illustrated by images of thousands of workers crowded together, without abiding by social distancing rules, at an airport in northern Romania waiting for their charter flights to Germany.

Academic research on the topic has documented the precarity and marginalization of temporary foreign workers, highlighting the fact that they frequently lack adequate access to health care and other government-related benefits.

They are also vulnerable to abusive occupational practices, including ineligibility for overtime pay and even dismissal and repatriation. Media accounts have also long documented unsafe occupational and substandard living conditions for migrant workers.

Such issues have been compounded during the pandemic, when the potential of contracting COVID-19, especially at work, has increased.

Our team is collecting interview data with temporary foreign workers in the Maritimes through our research partnership, Migrant Workers in the Canadian Maritimes—coordinated by Dalhousie University, St. Thomas University, Cooper Institute, the Filipino-Canadian CommUNITY of New Brunswick, as well as the national offices of KAIROS: Canadian Ecumenical Justice Initiatives and the United Food and Commercial Workers Union.

Our preliminary findings, drawn from interviews with participants in Prince Edward Island, indicate that COVID-19 protective measures have been inconsistently implemented for temporary foreign workers.

Migrant workers still frequently experience overcrowding and inadequate housing conditions. Many workers contend with precarious health and occupational conditions. And some experience illegal recruitment and employment practices, where much of the costs of employment are downloaded to the workers. 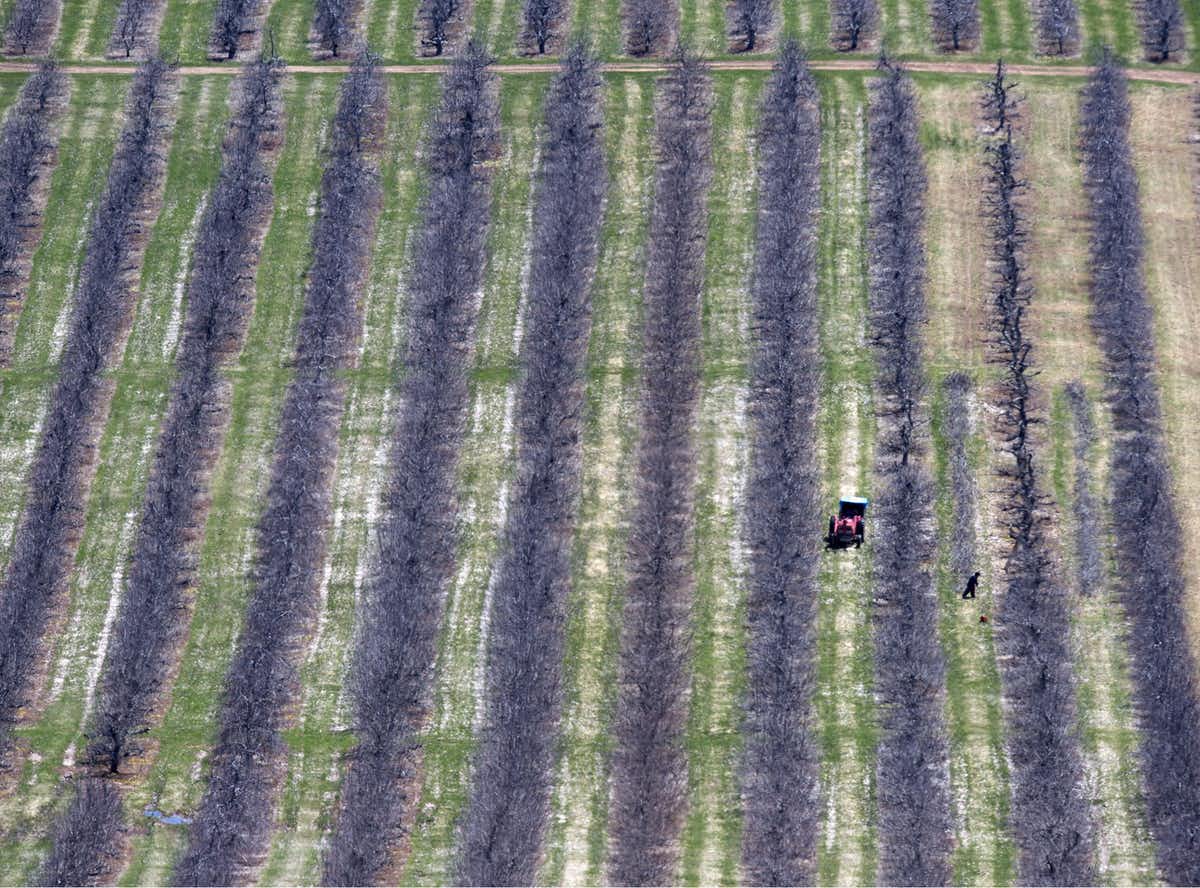 This is not the first time temporary foreign workers have been restricted from entering Canada during the pandemic. In April 2020, the New Brunswick government banned the entry of migrant workers into the province. Provincial officials framed the measure as protective, fearing for safety of the province’s residents.

Like the 2020 New Brunswick ban, the issue with January’s travel restrictions is twofold.

First, temporary foreign workers are uncritically positioned as a threat to national populations. Second, arguments against the travel ban are framed solely from a business perspective, prioritizing the concerns of farmers and seafood-manufacturing companies over the health and well-being of the workers.

Steep Price Has Been Paid

Debates about public safety and temporary foreign workers continue largely without input from those whose health is likely to be most impacted. Migrant workers themselves are largely invisible amid abstract discussions about public risk. The narrative about the largely Black and Brown people who work to put food on our tables paints them as risky, and ignores the steep price they’ve paid to work in Canada during the pandemic.

A glaring example is the outbreak at the Cargill meat-packing plant in Alberta and the experiences of personal support workers. 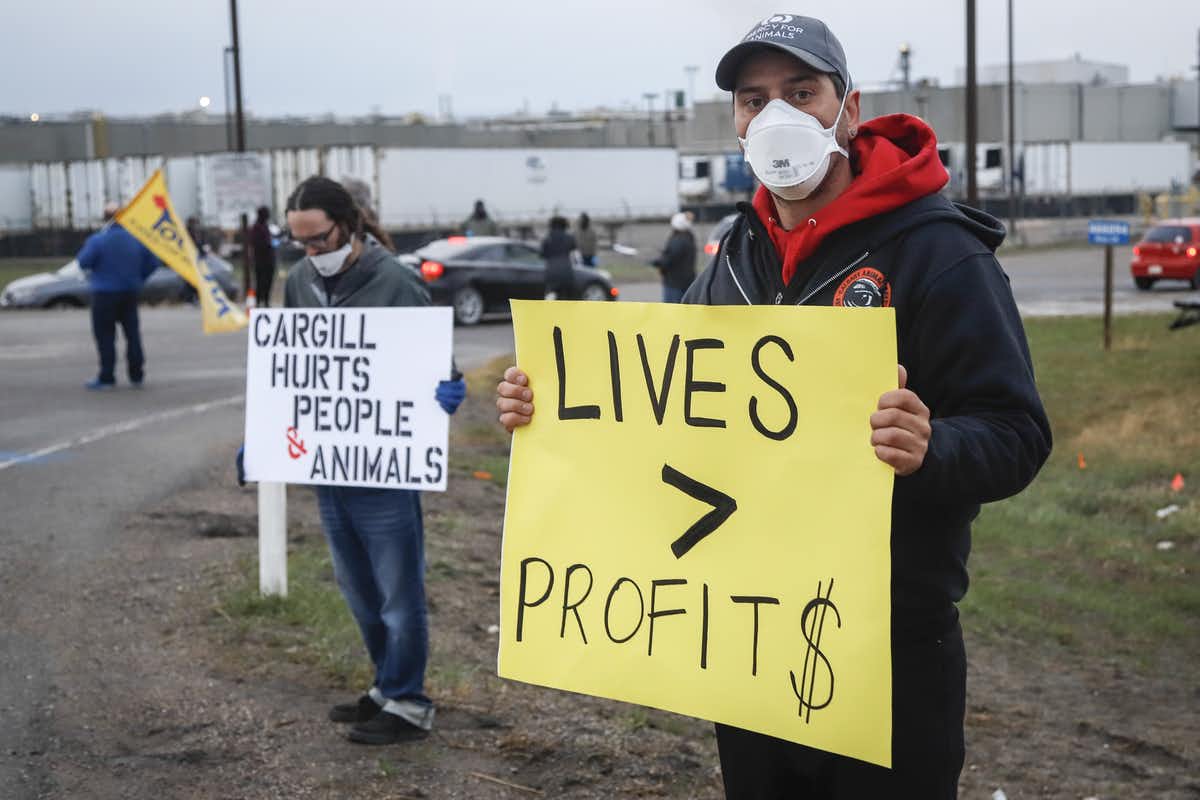 Protesters stand on the side of the road as workers return to the Cargill beef processing plant in High River, Alta., that was closed for two weeks in May 2020 because of a deadly COVID-19 outbreak. (THE CANADIAN PRESS/Jeff McIntosh)

Government travel restrictions are used to protect the health and safety of some while potentially ignoring the health and safety of others. More specifically, while some argue for closing the borders to protect Canadians, others assert that migrant workers should be able to freely cross these boundaries, protecting Canadian food supplies while simultaneously putting their health at risk.

These notions about who can and should move demonstrates that some people are more valuable than others. Citizens are protected at home. Others are laboring at farms, putting themselves at greater risk of being infected.

It would be a different story if the opposition to the travel restrictions was based on the fact that migrant workers are unable to make a living back home. That would place the workers’ concerns at the heart of these debates.

But that’s not the case. The industry is asking for travel exemptions so that the agricultural and fishing season can unfold as usual and profits can be made. The interests of workers are obscured while public attention centers on the industry’s interests.

Workers are caught between a rock and a hard place. Either they’re allowed to work and expose themselves to the risk of COVID-19 infection, or they’re prohibited, through travel restrictions, from entering the country and deprived from making a living.

Temporary foreign workers continue to be the pandemic’s collateral victims, put in harm’s way so Canadians don’t get infected while relishing the fruits of migrant workers’ labor at their dinner tables.