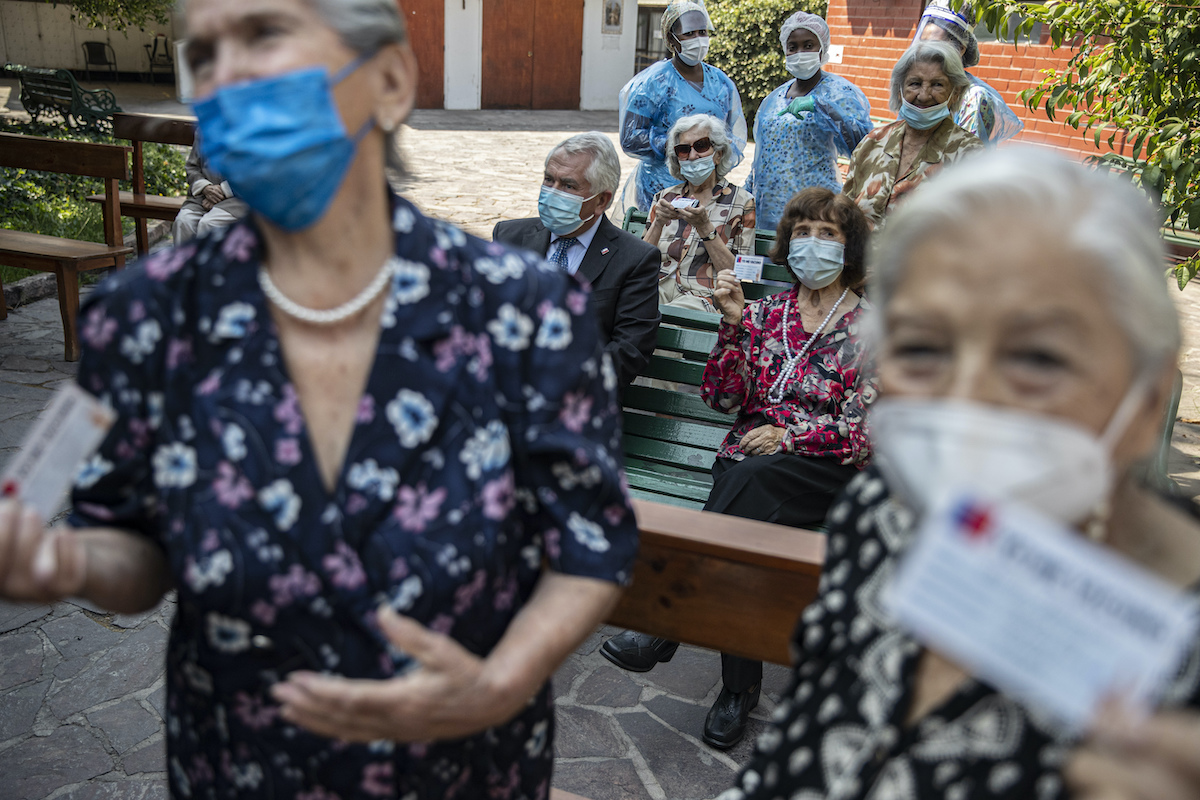 Residents pose for a photo with their updated vaccination cards and Chilean Health Minister Enrique Paris after they were inoculated with their second dose of the Sinovac COVID-19 vaccine, on the patio of a home for the elderly in Santiago, Chile, Friday, March 5, 2021. No other country in Latin America has had anything near Chile’s success in vaccinating its population. (AP Photo/Esteban Felix)

SANTIAGO, Chile (AP) — After being among the world’s hardest-hit nations with COVID-19, Chile is now near the top among countries at vaccinating its population against the virus.

With more than 25% of its people having received at least one shot, the country of 19 million on South America’s Pacific coast is the champion of Latin America, and globally it is just behind Israel, the United Arab Emirates and the United Kingdom.

That’s a far cry from the beginning of the pandemic, when Chile was criticized over its inability to trace and isolate infected people.

So what is the secret to its success?

Government officials and health experts say it was the country’s early negotiations with vaccine producers, as well as its past experience with robust vaccination programs, a record praised by the World Health Organization.

During the first months of the pandemic, the headlines in Chile were bleak, with the country’s intensive care units almost full and the government unable to control the virus’s spread despite restrictions that included mandatory lockdowns.

But another story was developing in parallel that few people knew about, one that had begun months before and would later guarantee Chile fast access to vaccines.

Andrés Couve, Chile’s minister of science, told The Associated Press that formal negotiations with vaccine-producing companies started last April, only a month after COVID-19 was declared a pandemic. 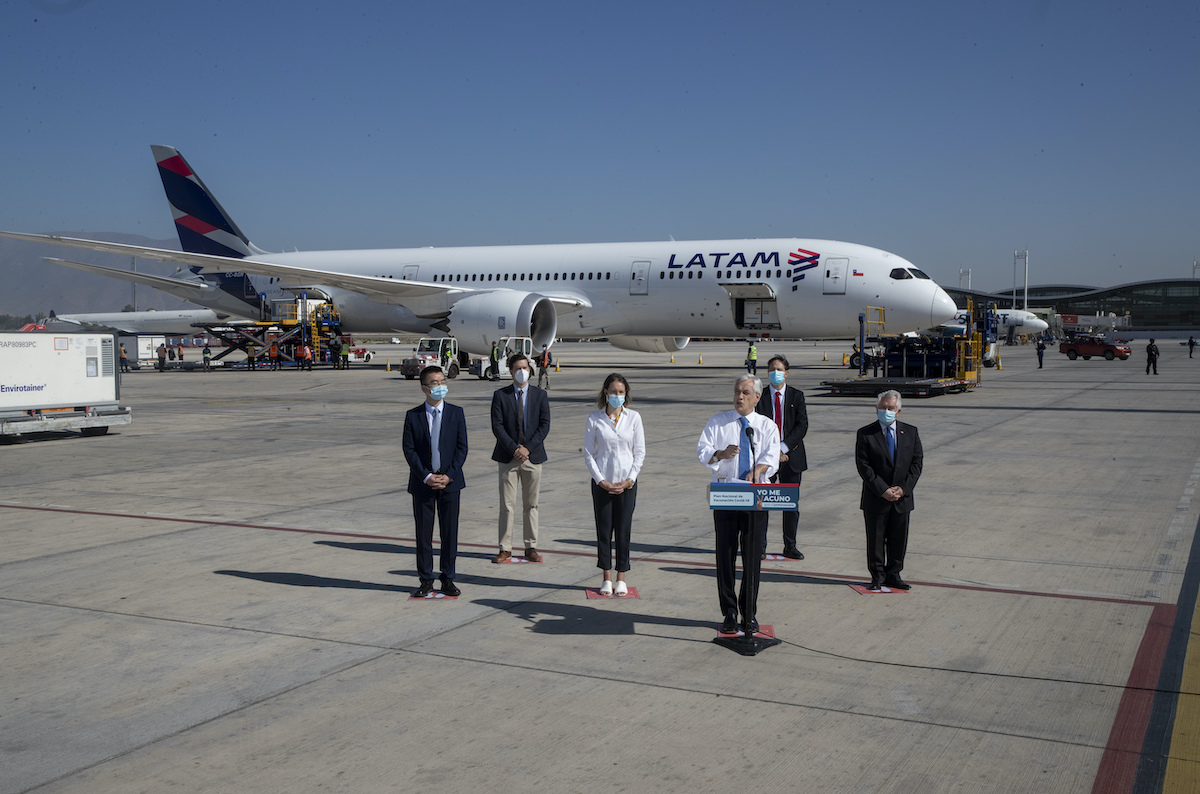 By May, Couve said, a team of experts and officials presented a plan to President Sebastián Piñera, including a road map about how to use the country’s network of trade agreements and its previous contacts with pharmaceutical companies to get vaccines once they were developed. Recommendations included being part of clinical trials.

This effort was helped by contacts made months earlier in China. In October 2019, Chilean biochemist Dr. Alexis Kalergis had traveled to Beijing with two Chilean colleagues for an international congress on immunology. There Kalergis met experts from the Chinese pharmaceutical Sinovac Biotech Ltd.

Kalergis had already approached Sinovac about working on vaccine research. So when China announced in January 2020 that it had identified a new virus, and within weeks the world saw it spreading around the globe, Kalergis knew he needed to reach out to his colleagues at Sinovac.

“Taking advantage of our experience, the contacts and the interest that we expressed… we started conversations with Sinovac,” said Kalergis, director of the Milenio Institute for Immunology and Immunotherapy at Chile’s Catholic University.

He spoke to Sinovac colleagues in January and February 2020, then went to Catholic University Dean Ignacio Sánchez with the details, saying they needed to be passed on to the government.

Sánchez approached Chile’s health minister and foreign secretary, urging early negotiations with Sinovac and other pharmaceuticals and for Chile to be part of their clinical trials. The ministers agreed, and the Chilean government began making diplomatic contacts. 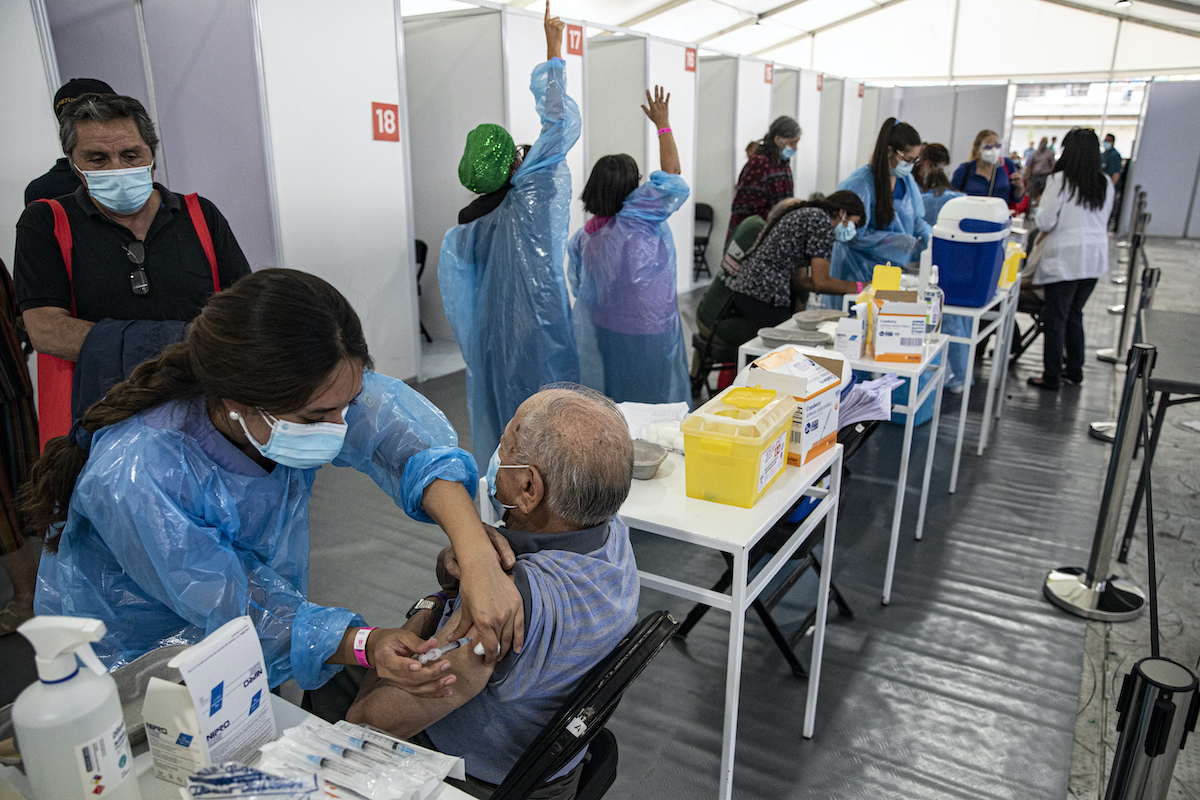 In this February 3, 2021 file photo, a healthcare worker inoculates an elderly man with a dose of the Sinovac COVID-19 vaccine at a vaccination center set up at the Bicentenario Stadium in Santiago, Chile. (AP Photo/Esteban Felix, File)

By June, long before any other country in Latin America, Chile had secured a contract with Sinovac, which agreed to deliver an early batch once the vaccine was authorized, Kalergis said.

Rodrigo Yáñez, undersecretary for international economic relations and lead negotiator with companies to get the vaccines, said Chile understood from the beginning that it needed to work with different pharmaceutical companies at the same time.

“We looked at different alternatives and didn’t put all the eggs in the same basket,” he said.

Chile was part of a Sinovac clinical trial that started in December and involved 2,300 medical workers. The government has not published its results, saying only that they were good.

Trials for vaccines by AstraZeneca, Janssen and the Chinese pharmaceutical CanSino were also done in Chile, and those results also have not been disclosed.

Chile received its first vaccine doses in December, some 21,000 from Pfizer, but they were fewer than promised. The country immediately began vaccinating medical workers. By the end of January, Chile received the first 4 million doses from Sinovac and was able to speed up inoculation. Massive vaccination started in February.

Chile was administering more than 100,000 shots almost daily since early February, and that more than tripled this week.

On Wednesday, it reached a daily global record of 1.3 shots per 100 inhabitants, followed by Israel with 1.04 doses, according to Our World in Data, a collaboration between researchers at the University of Oxford and the nonprofit Global Change Data Lab.

No other country in Latin America has had anything near Chile’s success. Brazil, for example, has vaccinated only 4% of its population, and Argentina around 3%. 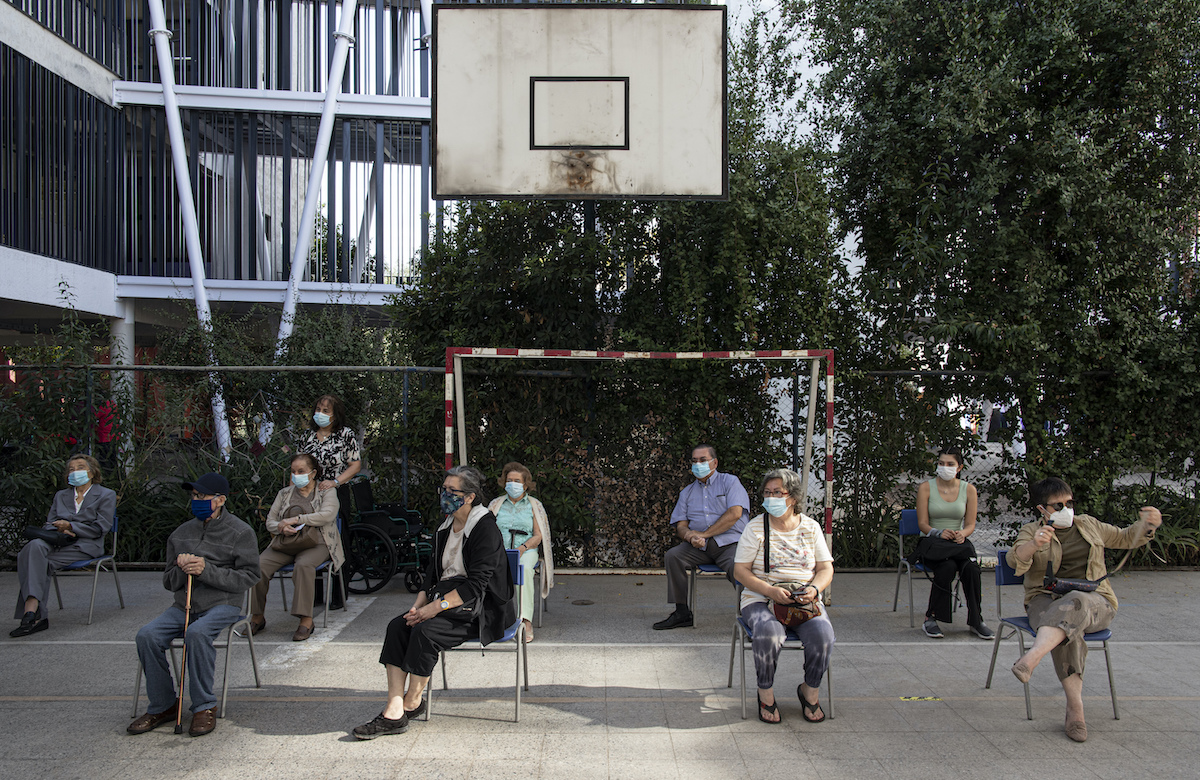 Chile had “good planning and wisely used the resources it has to make bilateral agreements with some producers,” Jarbas Barbosa, deputy director of the Pan American Health Organization, said this week.

This is not the first time Chile has conducted a successful vaccination program. Last year, between March and April when the virus was emerging, Chilean authorities vaccinated 8 million people against the flu.

Mario Patiño, 75, was among the first to be vaccinated with a Sinovac dose in February at a school in Lo Prado, a poor residential area of Santiago.

“Everything was perfect, fast, with an excellent service, well organized,” said Patiño, who was getting his second shot on Saturday. “For me, the vaccine means to be calmer.”