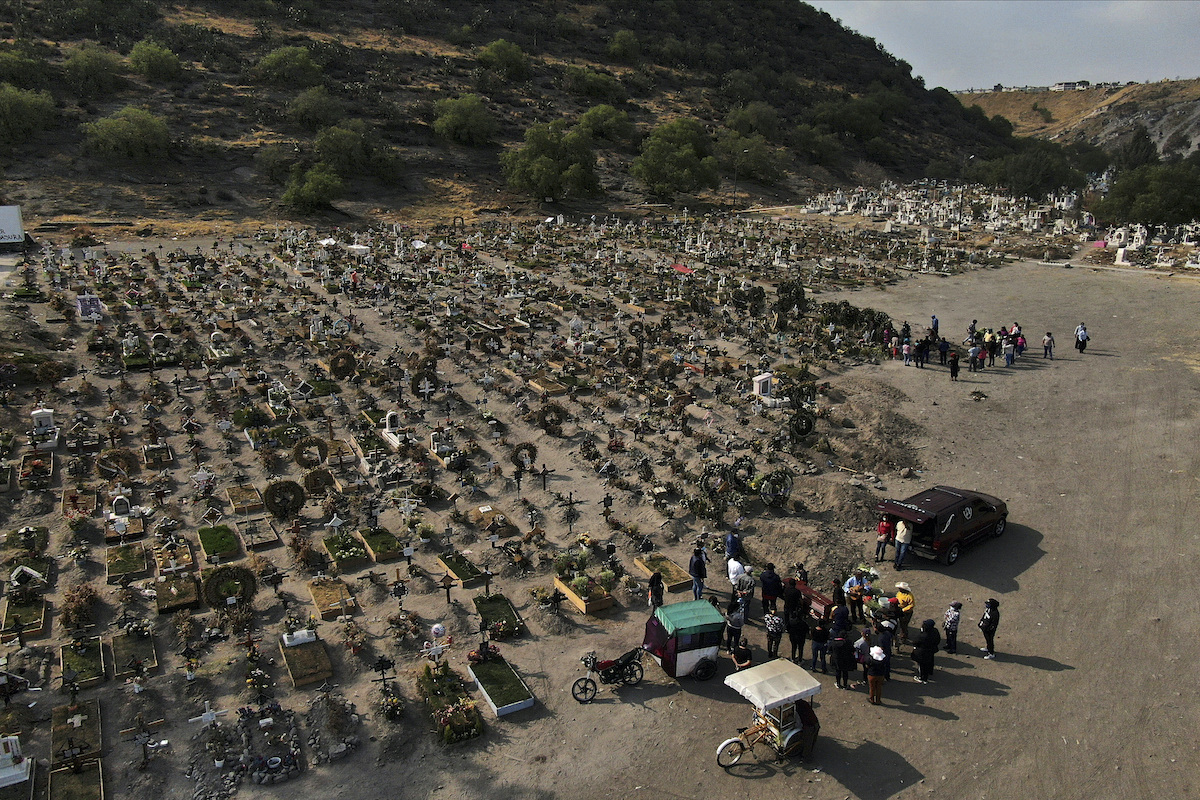 In this March 17, 2021 photo, family members attend the burial service of a relative who died from COVID-19 in the Chalco cemetery just outside Mexico City, amid the new coronavirus pandemic. (AP Photo/Fernando Llano, File)

The president prepared to call out more military, state and local personnel to spur the vaccination effort as more doses arrive, including a shipment of 1.7 million AstraZeneca shots the United States has “loaned” Mexico.

Mexico’s total 200,211 confirmed COVID-19 deaths announced Thursday trail only the United States and Brazil, countries with larger populations. The real death toll is believed to be drawing closer to 300,000, due to the country’s extremely low rate of testing.

“I think it is more. I think, for example, that the numbers on the news are not correct, I think it is higher,” funeral home worker Benigno Clemente Zarate said of the death toll.

Zarate said he has tended to multiple deaths in a single household.

“We have had some jobs where two or three people have died in the same household, in the same family,” he said.

The Mexican government stopped publishing numbers on excess deaths at the end of 2020. The last time the numbers were reported was at the start of January, before the worst of the second wave of deaths hit.

But authorities in Mexico City have published excess death figures through the end of February, and they show that January’s deaths were almost 46% higher than in the city’s first wave in June.

It is a dance of figures. Mexico’s Health Department acknowledges almost 220,000 ‘estimated’ COVID-19 deaths as of mid-March, but that estimate is not based on excess death reports and probably doesn’t include the considerable number of people who die at home in Mexico.

While large, closely packed cities with intensive mass transit systems may have suffered more across the globe, Mexico City also has far better health care facilities than the rest of the country. Still, the capital saw about 430 confirmed COVID-19 deaths per 100,000.

The human toll is overwhelming.

Patricia Silva Caudillo, 46, went to a dusty cemetery on the eastern edge of the city to bury her husband, construction worker Pedro Capilla, 51. Capilla, a diabetic, was getting dialysis treatment at a local hospital where he was apparently infected with COVID-19.

“He was everything to me,” said Silva Caudillo. “He was my companion, my support.”

Raquel Díaz also came to the cemetery to bury a relative. “This has left a lot of pain, a lot of tragedy, it has left so many people orphaned or widowed,” Díaz said. “I don’t think this pandemic has brought anything good.”

López Obrador said Thursday he views it as a race against time to get all people over 60 vaccinated with at least one dose by the end of April, before a possible third wave hits.

“We have to avoid any rebound, an undesired, extraordinary situation of a rebound in infections like those that are occurring in some other parts of the world,” López Obrador said. “We do not want a resurgence.” 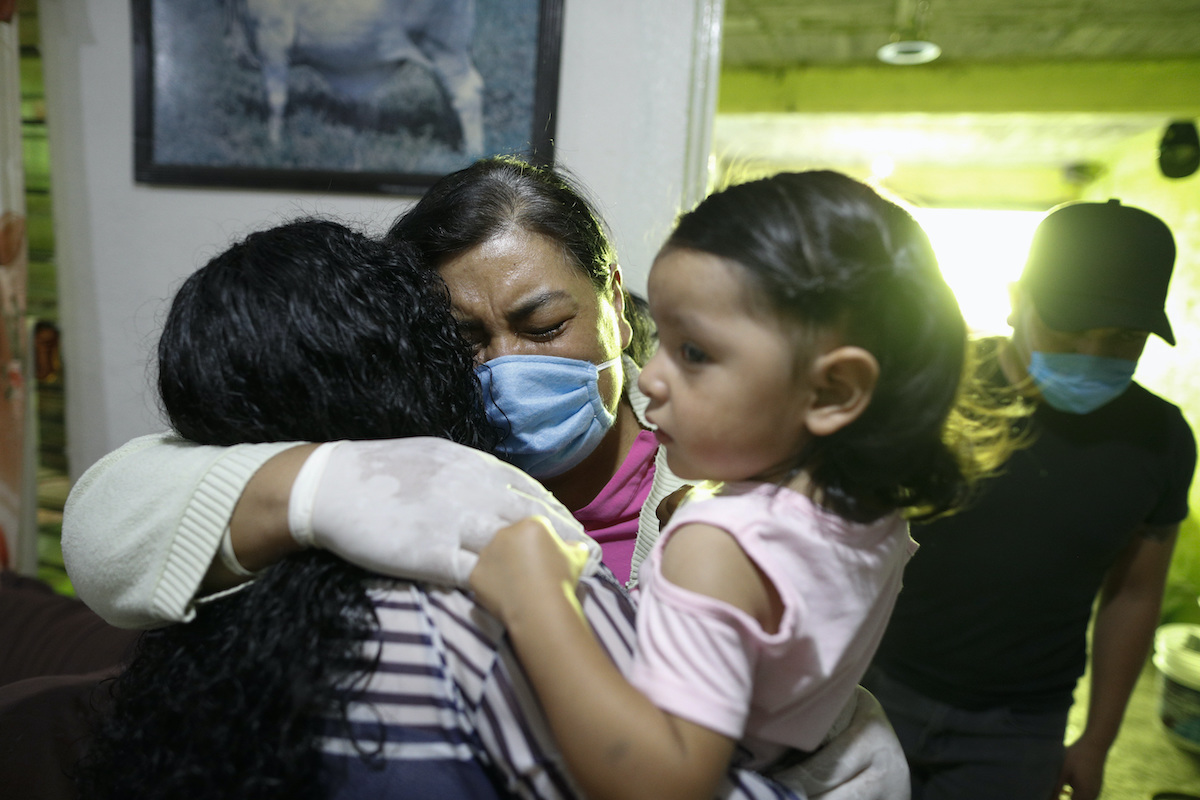 In this May 25, 2020 file photo, María Del Carmen Acero Camacho, center left, embraces one of her nieces as she is reunited with her family after 21 days in the hospital battling COVID-19, in the Iztapalapa borough of Mexico City. (AP Photo/Rebecca Blackwell, File)

It is unlikely that Mexico’s approximately 6 million vaccines delivered so far have played much of a role in the statistical reduction in deaths in recent weeks, and it is unclear how many Mexican will take the shots.

The Mexican government has been widely using two Chinese-made vaccines, but suspicion remains due to a lack of information on their effectiveness, something that could encourage already widespread skepticism.