The Latin American Economy Under a Global Pandemic 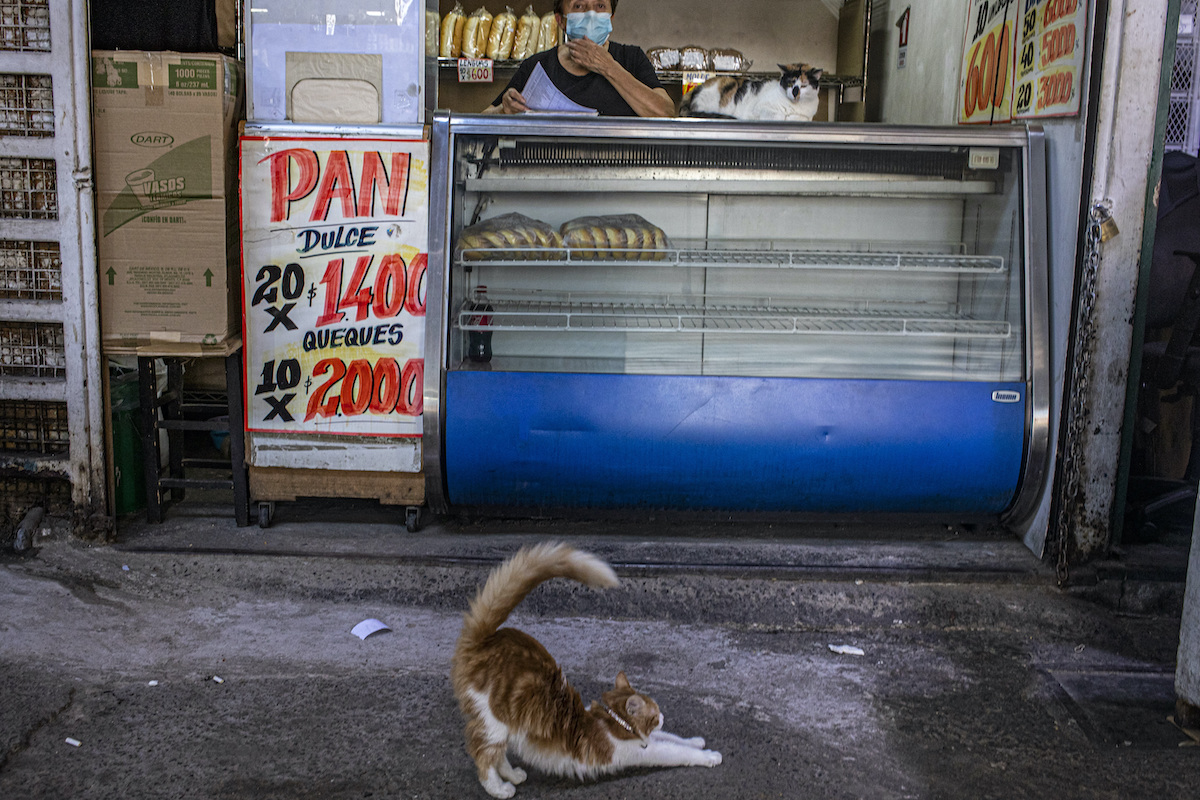 A cat stretches in front of a bakery at La Vega market in Santiago, Chile, Thursday, March 4, 2021. More than 20 million people were pushed into poverty during pandemic-plagued 2020 across Latin America and the Caribbean, the U.N. economic agency for the region reported earlier this month. (AP Photo/Esteban Felix)

It’s been a little over a year since the pandemic descended. Slowly but surely the world is recovering, and people are looking back to reflect—to see how much has changed and what the next steps will be to recovery.

Latin America was hit the hardest by the pandemic, as most of its population lives in poverty and the lack of adequate access to healthcare proved devastating. The first case of COVID-19 in Latin America was in São Paulo on February 26, 2020. Within the following month, countries across the region closed down schools, businesses, and airports and implemented a wide variety of restrictions to control the pandemic. Despite the best efforts, the pandemic proved disastrous.

So far, more than 700,000 people have died from COVID-19 in Latin America. Brazil got hit the hardest with close to 13 million cases. Tragic as it may be, it isn’t surprising considering how often Brazilian President Jair Bolsonaro has consistently downplayed the severity of the pandemic and said the virus was no more deadly than the common flu. Many political figures also refused to do everything that needed to be done to combat the virus. Misinformation and inaction proved to be a deadly combination.

In addition to poor leadership, a variety of factors are work that allowed the virus to spread like it did:

Countries would eventually implement measures against the pandemic, but failure to contain new infections and opposition to the lockdowns proved disastrous. Cases skyrocketed. And as we know all too well, the global economy suffered as well.

Overall, the Latin American and Caribbean economy fell 37%, with a sharp economic contraction in the second quarter of 2020. In the lead-up to 2020, Latin America was already seeing slow economic growth. The stress put upon by the pandemic caused economic contractions. Peru’s economy went down 13.9%, Argentina went down 11.8%, and Mexico went down 9.0%—these were the hardest-hit countries. Recovery will be relatively weak.

This weak recovery will have negative implications for poverty and living standards further amplifying the already high levels of inequality in the region.

According to the Center for Strategic and International Studies (CSIS), Argentina is expected to grow 4.9% in 2021 and then 2.5% in 2022. While this is good news, it doesn’t overcome what was lost.

Further complicating things are the policies that were enacted to weather the pandemic. Argentina’s economic growth is being held by the government seeing fit to print more money and devaluing the Argentine Peso. Its budget deficit went up and although Argentina has been pretty good at paying off its debts, the country will have to keep an eye on inflation in the future.

So where does this leave us? What are the recovery plans?

At the global scale, leading economic indicators suggest the worst is behind us and that the world is slowly recovering. To be blunt, Latin America’s recovery will be among the worst. There are concerns over global trade, domestic policies, and debt repayment that could slow things down.

Several countries obtained emergency loans from the International Monetary Fund (IMF). Billions of dollars are being loaned out to countries in need: Chile got $23.9 billion, Colombia $16.9 billion, and Peru $11 billion, just to name a few. But the IMF faces additional political challenges as it may have to renegotiate some deals.

Vaccines are indeed rolling out in these countries. Conditions are good and supportive. But there is still a lot of uncertainty lingering.

Things after this will never be the same. And I don’t say that to scare or cast uncertainty. I say that with hope. The pandemic has shown the best of humanity, many people willing to help. I believe these dark years brought us close together and together is how we’ll come out of this. Latin America will rise.

Cesar Cadenas is a young up-and-coming writer who is always on the lookout for new opportunities to learn and grow. Recently, he’s branched out to write about events that affect people on a wide scale. He hopes his writings make a positive impact on the world. Twitter: @san_pascualito.