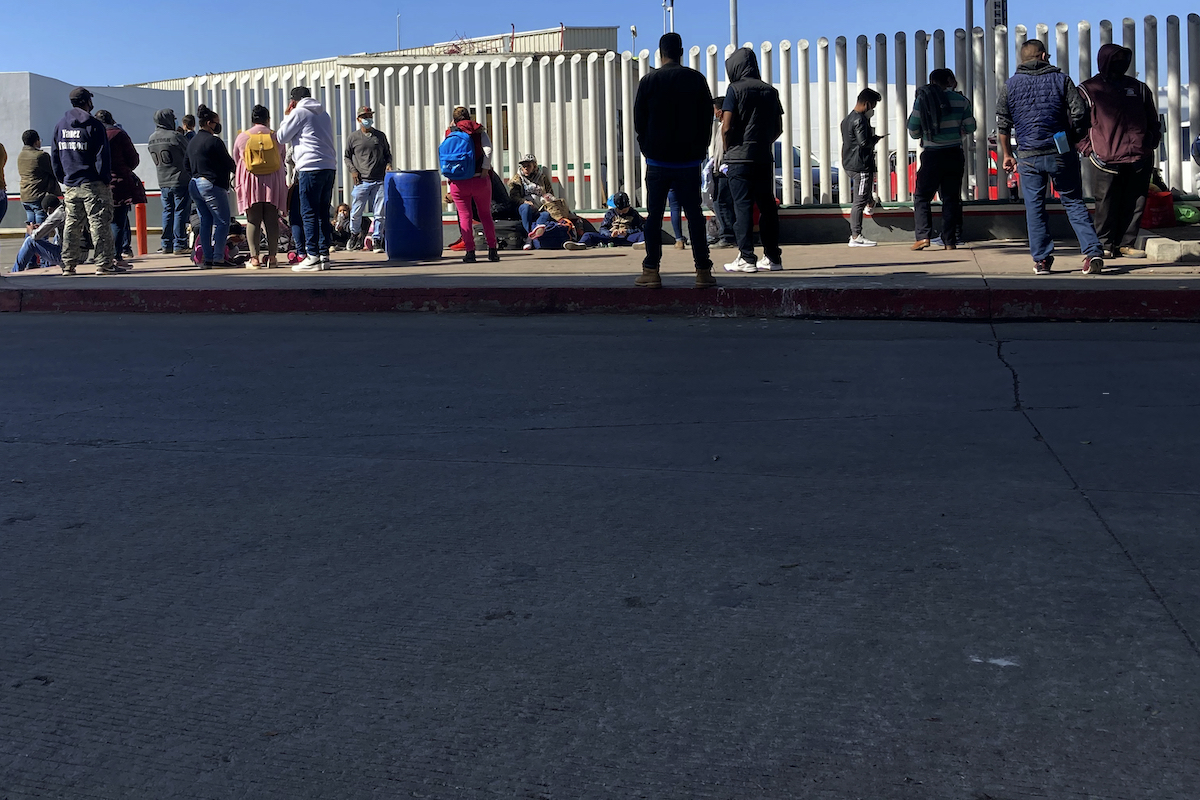 Migrants waiting to cross into the United States wait for news at the border crossing Wednesday, February 17, 2021, in Tijuana, Mexico. (AP Photo/Elliot Spagat)

SAN FRANCISCO (AP) — A federal appeals court in California refused Thursday to permit 14 states led by Republican governors to challenge the overturning of a Trump-era immigration rule affecting hundreds of thousands of people.

A panel of the 9th U.S. Circuit Court of Appeals ruled 2-1 against permitting intervention by the states, the San Francisco Chronicle reported.

At issue was the so-called public charge rule that allowed the government to deny permanent-residency green cards to immigrants who used public benefits, ranging from welfare and Social Security to food stamps or low-income housing vouchers. The administration said the rule would cover 382,000 of 544,000 immigrants who applied for green cards each year, who would have to prove they could support themselves.

The rule also allowed authorities to bar noncitizens from entering the United States on student, employee or tourist visas if the government decided they were likely to use public benefits.

Nearly 20 states sued in federal courts to block enforcement of the rule and a federal judge last fall issued an order striking down the measure nationwide.

In March, the Biden administration dealt the rule a potentially lethal blow by dropping government legal challenges to the court rulings, including before the U.S. Supreme Court.

In Thursday’s ruling, Judges Patricia Schroeder and William Fletcher issued a one-sentence order without stating reasons while a 28-page dissent was issued by Judge Lawrence VanDyke, an appointee of former President Donald Trump, the Chronicle said.

VanDyke accused the new administration of waging a “synchronized blitzkrieg” against the public charge rule with Democratic-led state and local governments. He argued that the Supreme Court could revive the case for months while requiring the Biden administration to follow procedures.