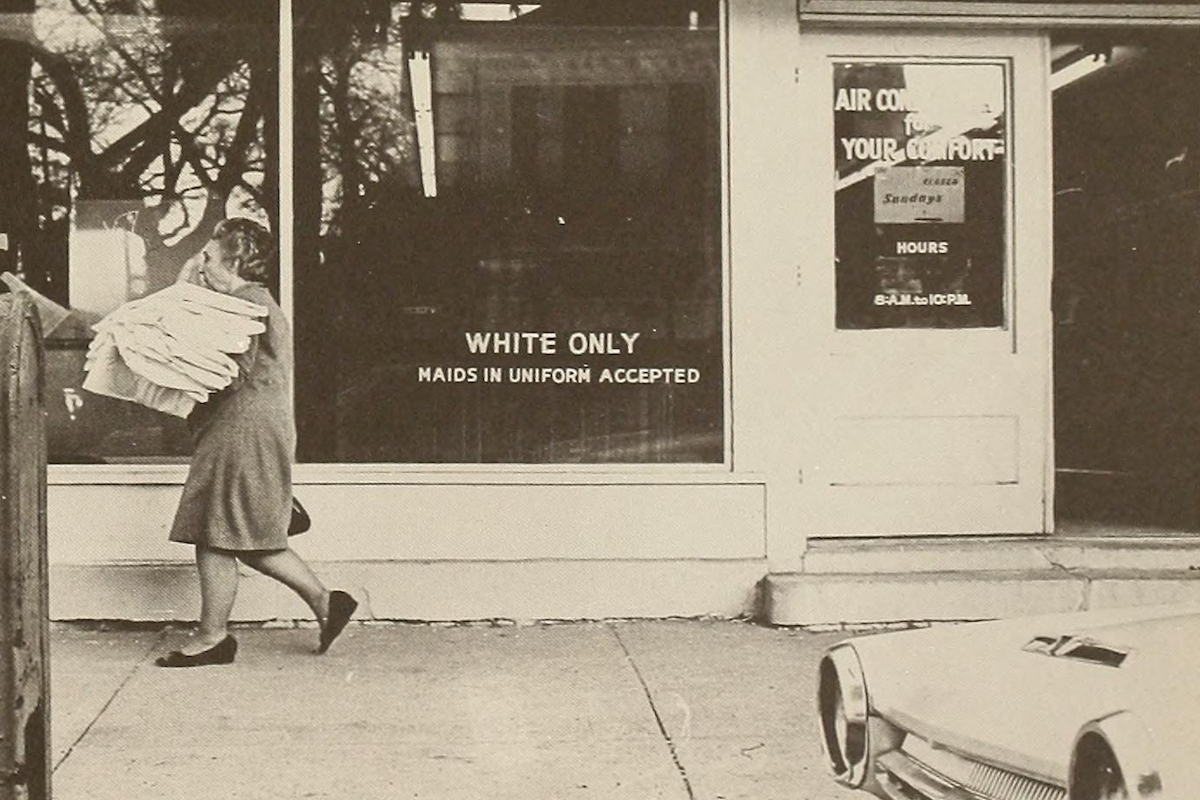 It is true that enslaved men, women and children from Africa were traded for food in Jamestown, Virginia in 1619, then put to work in tobacco fields the colonists had planted.

Tobacco would become the root of the white ruling class’s ultimate riches. It’s easy to turn a profit if you don’t pay your workers.

Setting aside for the moment the overt religious connotation of “sin,” the real sin came far earlier than 1619 in the already long-ingrained worldview needed to enslave people—the view that some human beings are simply less human than the rest of us.

This presumed supremacy almost certainly dates back to our collective human origins. In other words, white Europeans didn’t invent dehumanization, but it’s fair to say that an ugly lot among them perfected it.

As such, slavery is humankind’s perennial sin. It inspired the colonialist view of white supremacy over this hemisphere’s Indigenous populations, who were also enslaved at various points in time, and a deep stain on the “land of the free” made even deeper by the enslavement of Blacks for 250 years.

At the risk of oversimplifying American history, this is basically how things unfolded: White supremacists invaded the hemisphere, stole the Americas from the Indigenous peoples, forced Black people to work for free, repressed most people of color and women along the way, and got rich and powerful in the process.

But in order for supremacy to work, “the other,” as academics remind us, have to be judged inferior and culturally invisible.

The author Ralph Ellison, a descendent of slaves, wrote in 1952: “Like the bodiless heads you see sometimes in a circus sideshow… When they approach me, they see only my surroundings, themselves, or figments of their imagination—indeed, everything and anything except me.”

It’s been decades since I read Ellison’s seminal work, “Invisible Man,” but I’ve been thinking a lot about his words these days. In his novel, Ellison gave voice to the character of a man without a name less than 100 years after Lincoln freed his ancestors and more than a decade before the passage of the 1964 Civil Rights Act, the federal statute that finally outlawed racial discrimination.
Racists, of course, kept right on discriminating, but at least there was finally a law on the books aimed at protecting people of color and others from being treated as less than equal.

Preventing the marginalization of cultures, on the other hand, is harder to legislate against.

The supremacists among us, not all of them white, are ingenious at finding ways to treat other people as less than.

In the Jim Crow era, that purported inferiority was used by whites to justify the lynching of Latinos, Asians and Native Americans, but most often Blacks, whose escape from slavery, by some, was treated as a sin itself.

To “invisiblelize” people by ignoring major aspects of their cultural and historical identity is to seek to erase them.

That’s what Hitler’s genocide of the Jews was about.

That’s what the lynching of Blacks and others was about.

That’s what the mass murder of nine Black parishioners during a 2014 prayer service in a Charleston, South Carolina was about.

That’s what the slaughter of 23 men, women and children, most of them Latinos, in an El Paso Wal-Mart in 2019 was about.

That’s what the mass murder of six Asian American women in Atlanta last month was about.

That’s what the disproportionate number COVID-19 deaths among Blacks, Latinos and Native Americans is about.

And that’s what the seemingly endless string of unjustified killings of people of color, especially Black men like Daunte Wright and George Floyd, is about.

To paraphrase Ellison: people deemed unworthy of their full humanity may exist in plain sight, but remain, for some, unseen and easily erased.

One response to “OPINION: Our Perennial Sin”