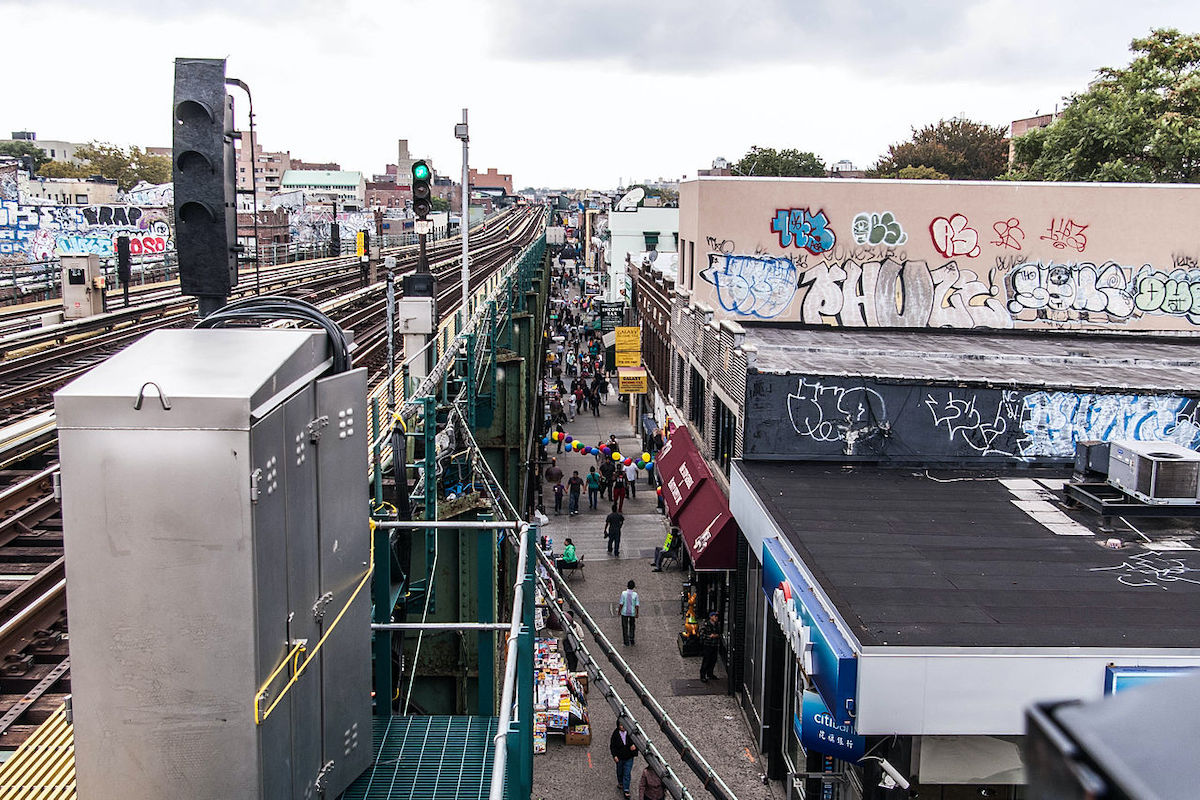 As a child, I told my family I was going to become an immigration lawyer when I grew up, my biggest dream was to help my family obtain citizenship. Oh, how lucky I felt to receive a free education that I could use to help my family. My aunt who sells ice cream in the summer and churros in the winter on the streets of NYC always told me, “Con un título nunca tendrás que ser como yo. Eres tan afortunada de haber nacido en este país.”

I know she means I won’t have to sit out in the scorching heat or in the freezing cold, but I would do anything to be like her. The educational and career opportunities this country has given me will never cease to amaze her—she loves this country more than I think I ever could, she lives her American dream through me.

My aunt and the rest of my family are my driving force, whenever I lose sight of what I am doing or why I am doing it I remember that I channel the strength of my entire family. The strength of people who left everything behind and gave me everything in return.

My aunt has lived undocumented in the U.S. longer than I have been alive. In the past, she
used to say “Este es el año que me largo al Ecuador. Este país no me quiere.”

Despite the painful acknowledgment that the U.S. will never recognize her, she holds onto hope. My aunt no longer says she will return to Ecuador. Instead, she says, “Esta es mi casa, ¿qué voy hacer yo en el Ecuador?”

She hopes any new president that comes into office will be the person to finally award her a green card. She has seen others become permanent residents and citizens, so she knows if she’s ever given the opportunity she would have to be deemed a “law-abiding citizen.” In this country, undocumented immigrants are denied rights, are not protected by the law, but they are punished by it. With the knowledge that the law will find any justification to punish her, my aunt pays her taxes, goes to church, and avoids getting any tickets for being a street food vendor. She has patiently waited, equipped with the evidence that she is worthy of being seen.

Yet slowly I have watched the hope leave her eyes, “Me voy a quedar vestida y alborotada, nunca me van a dar papeles,” she cries.

The only hope she has left is me.

Without fail every time, my aunt sees me she asks if I’m still studying law. I respond the same way every time, “No, tía, aquí se estudia cuatro años en la universidad antes de poder estudiar en la escuela de derechos.” Trying her best to not seem frightened that I have decided no longer to study law, she always asks how long I have left before I become a lawyer. I don’t want to leave my aunt vestida y alborotada. Even though I’m aware I won’t be able to help her if policy and immigration laws don’t change, the prospect of my becoming an immigration lawyer gives her the illusion of safety.

We cling on to the things we have control over, the things no one can take from us. My aunt embraces the pride of raising me.

“Mi sobrina estudia en una de las mejores universidades. Ella no va ser como yo. Va a trabajar en una oficina,” she tells her friends as they pass time on the streets of New York. My aunt’s biggest dream is to work an office job, something that many people fear being “stuck” at she views as the opportunity to be comfortable with AC or a heater, working from 9-5 instead of 7 in the morning to 11 at night.

She settles with the opportunity of seeing me live out her wildest dreams but I hope she knows I take her, her story, resilience, and hope with me wherever I go.

Any “seat at a table” that I occupy is occupied by her too.

Diana Lucero is a student at Barnard College of Columbia University studying Political Science and Spanish and Latin American Cultures. From Jackson Heights, Queens, and with parents from Ecuador, she aspires to become an immigration attorney.

3 responses to “Vestida y alborotada, Holding on to Hope”