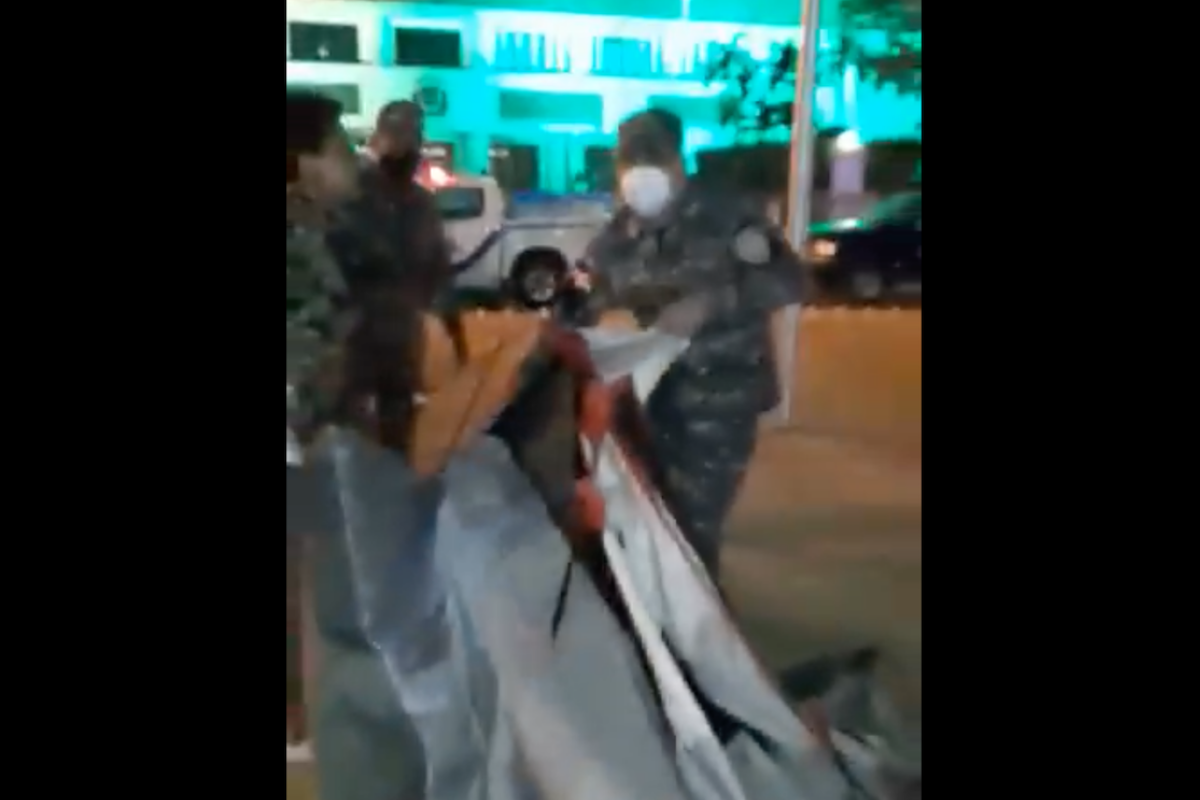 SANTO DOMINGO — In the early hours of Tuesday April 20, a peaceful camp of women and girls was brutally attacked by the police, who arrived armed with toxic substances and knives to cut down their camping tents.

The group had been peacefully camping outside of the presidential offices for over 40 days, demanding that President Abinader keep his word to end the absolute criminalization of abortion and at a minimum include exceptions for cases of rape, incest, when a woman’s life is in danger, or the pregnancy is not viable.

In a video captured by activists, police can be seen abruptly waking up protesters from their tents who were asleep, destroying their tents with knives while they were still in them, and releasing toxic chemicals. This attack follows another investigation that was opened on Sunday, April 18, following an attack where poisoned snacks were sent to the women and girls with a falsified note from a friend of a person in the camp, sending 12 people to the hospital. Despite the attacks, the peaceful camp had persisted, hosting theater sessions, music, prayer circles, and speeches.

The camp’s position is a popular one among Dominicans. A poll earlier this month showed that 83% of Dominicans support the three exceptions. The Dominican Republic is one of only six countries in the region that has a total ban on abortion with no exceptions, including when the life of the woman is at risk. This total abortion ban has already cost too many lives, like that of Esperancita, a 16-year-old leukemia patient who was left to die after doctors denied her life-saving chemotherapy upon realizing she was three weeks pregnant.

“I was sleeping in the camp, when in the middle of the night I was woken up by the police tearing down my camping tent with knives, covering us with tear gas powder,” said Natalia Mármol, human rights activist and lead organizer of the group. “This is an assault against our free speech to demand our human right to live, to not be forced to die from a pregnancy complication or an unviable pregnancy. They are trying to silence us because we refuse to die for their archaic laws, but we will not be stopped by the police, and we will not be silenced by the government. We will keep fighting; we refuse to lose one more woman or girl.”

“The actions of the police are not only an attack on women’s rights, but they are also an assault on democracy. The police and the government are repressing democratic civilians demanding their basic human right to survive. These are the actions of an antidemocratic government,” said Paula Ávila-Guillén, human rights attorney and executive director of the Women’s Equality Center. “Each day women and girls are left to die and have their health threatened by archaic absolute abortion bans that only bring death and despair. And what we’re seeing in the Dominican Republic is that large groups of women are saying enough is enough.”

The Dominican cause has garnered international support from Dominicans abroad, including groups in NYC who have been holding parallel demonstrations in front of the city’s Dominican Consulate, as well as in London and Madrid, Spain. This recent reproductive rights movement comes on the heels of Argentina’s legalization of abortion in December 2020, which has inspired activists across Latin America in the “Green Wave” campaign.

One response to “Dominican Republic Police Brutally Attack Women’s Rights Activists in the Middle of the Night, Tear Down Peaceful Camp”