The Quiet Power of CHARMED, Season 3 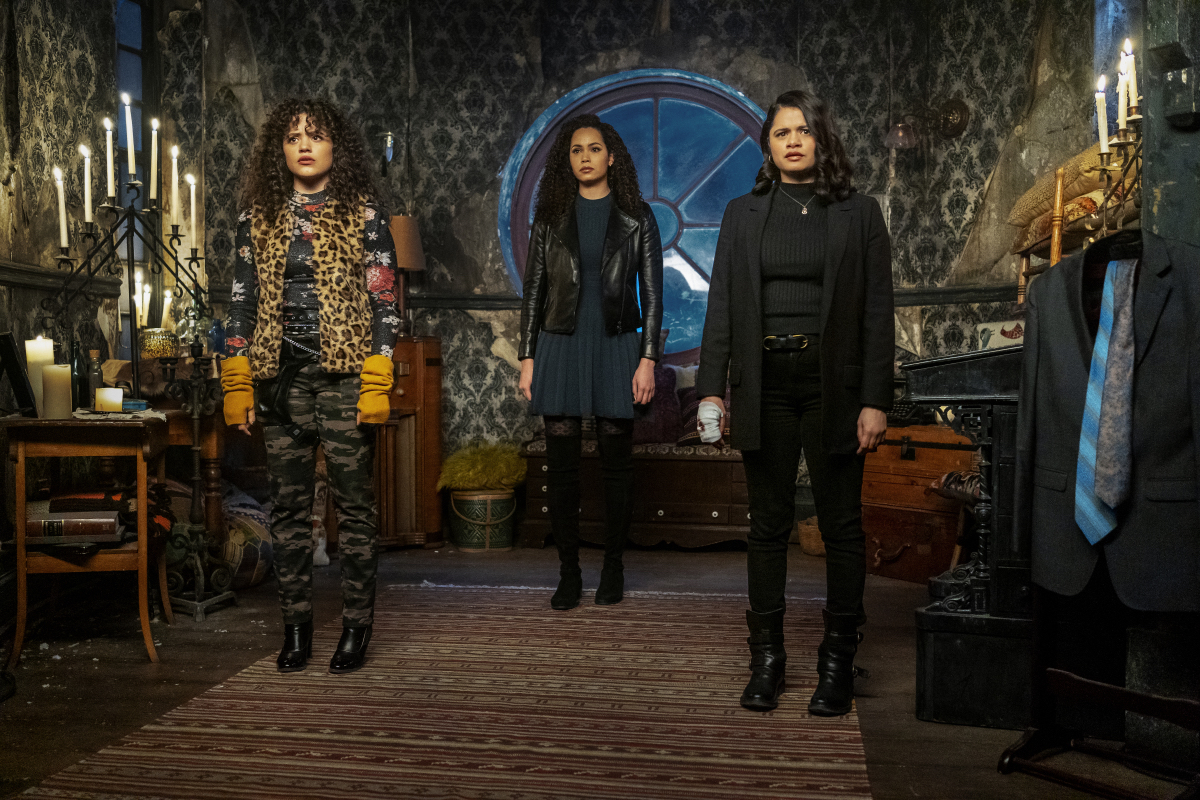 There’s something about watching women of color, in this case, Black and Latina women, save the world every week or so. That’s the premise of CW’s Charmed, and now that we’re halfway through the third season, it’s finally living up to its promise.

For those unfamiliar with the show, Charmed is about three sister witches who, when working together, are the most powerful magical creatures on Earth. The show follows them as they save the world (magical and ordinary) while also dealing with typical young woman stuff (romances, school, careers, fighting with your sisters).

In 2018, the CW rebooted the show with a new “Latina” premise—back in the late nineties and early aughts the original featured Alyssa Milano, Shannon Doherty, and Rose McGowan to list a few names you may know. Now the sisters share a Latina (witch) mom in Valerie Cruz’s Marisol Vera. When the cast was first announced, the CW got a lot of blowback. Of the three leads, only Melonie Diaz is actually Latina while the other two, Madeleine Mantock and Sarah Jeffery, both identify as Black (and in Jeffrey’s case, also Indigenous). What we didn’t know then but do know now is that these two characters share a Black father while Diaz’s Mel has a mestizo/Latino father in Felix Solis’ Ray. Why does this matter? Well, it shows that Charmed did properly cast their characters according to race even if they match ethnicity.

So while it would have been great to lift up some Afro Latina and/or darker-skinned actresses, I am rooting for this version of Charmed and its three WOC leads. I know the CW doesn’t exactly have the reputation for making “important” shows—they’re habitually passed up for awards, for example. But I think there are some shenanigans in that (aka racism/sexism/ageism). Hear me out. The CW was the home to the fantastic Jane the Virgin and Crazy Ex-Girlfriend. Those shows both dealt with big themes, featured fantastic casts, and were genre-busting in more ways than one. They just aired on a network most known for its young, female, and often of-color audience. So they were largely ignored.

Charmed is not as strong as those two. I loved the first season (led by Jane the Virgin showrunner Jennie Snyder Urman), hated the second (it dropped its feminist underpinnings, losing both its main characters and everything that differentiated it from other shows), and am all in again for the third. You see, this season focuses on the contrast between the ‘Charmed Ones’ power in the magical world and marginalization in the real one. And it works.

Take a recent episode, “Oh, the Tangled Web.” It follows the oldest and most powerful sister Mantock’s Macy, dealing with the type of racism non-Black people rarely face. It starts when a stranger, a white woman, touches her hair without asking. And it escalates through microaggressions and stereotypes to violence—physical and physiological. The white woman has “surprised” Macy into participating in a photoshoot for the company’s anti-malaria campaign, pushing her to wear a super sexy (and cheetah-print) outfit, refusing to listen to her ideas, and becoming offended when Macy notes that people outside of Africa get the disease. Upon realizing that Macy won’t be cowed into following her racist direction, the white woman calls security and gets her erstwhile model escorted out for “threatening” her (all Macy did was state her opinion). At that moment, Macy is powerless—if she protests more the violence will only escalate, if she submits, she loses her voice and her dignity. 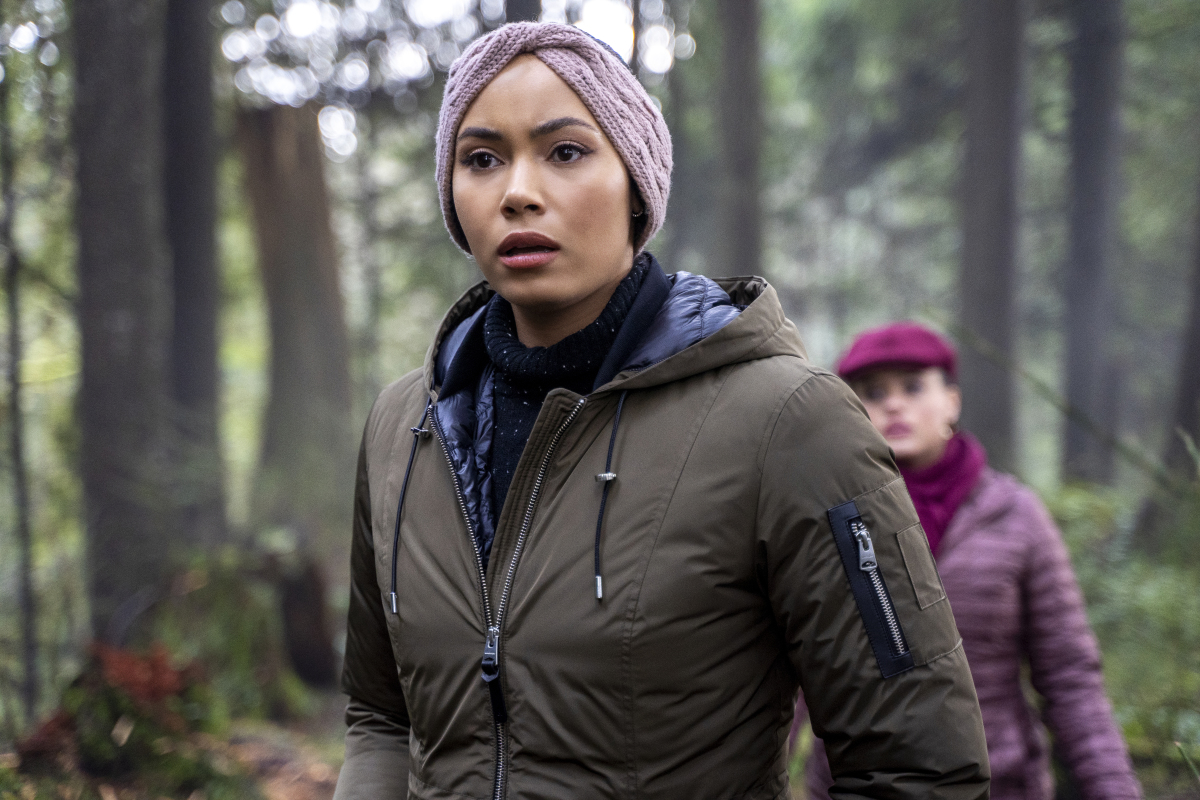 It’s not the sort of thing Clark Kent goes through at work. Ditto Bruce Wayne, Peter Parker, Bilbo Baggins, Luke Skywalker, and the list goes on. White, male heroes don’t face the subtle and egregious discrimination the Charmed Ones do. But it doesn’t make Macy bitter (angry yes). She doesn’t so much as take a moment to heal and reflect. Instead, she keeps trying to save the world, even with all of its imperfections targeted to make her particular existence harder. The show has something to say about that too—it turns out Macy, like all of us, does better when she doesn’t bottle things up. She gets the support she needs from her sisters and after a few goofy questions, from her white boyfriend too. It’s a nice moment, a bit of cross-racial solidarity that manages to feel more real and meaningful in its imperfection than countless “diverse” casts have managed.

And so Charmed goes on, showing the heroism of its three of-color sisters while dramatizing the injustice they face. The sisters know their power. They don’t need any “girl boss” style of advice. They need the structures that would weaponize their identities to instead value them. Watching it is an affirming experience: here women of color exist, their experiences are valid and important AND, as is often true in real life, Black and Latina women are the real heroes.

Charmed airs Sunday nights on the CW. Past seasons are available on Netflix.