OPINION: This Time, at Least, the System Got It Right 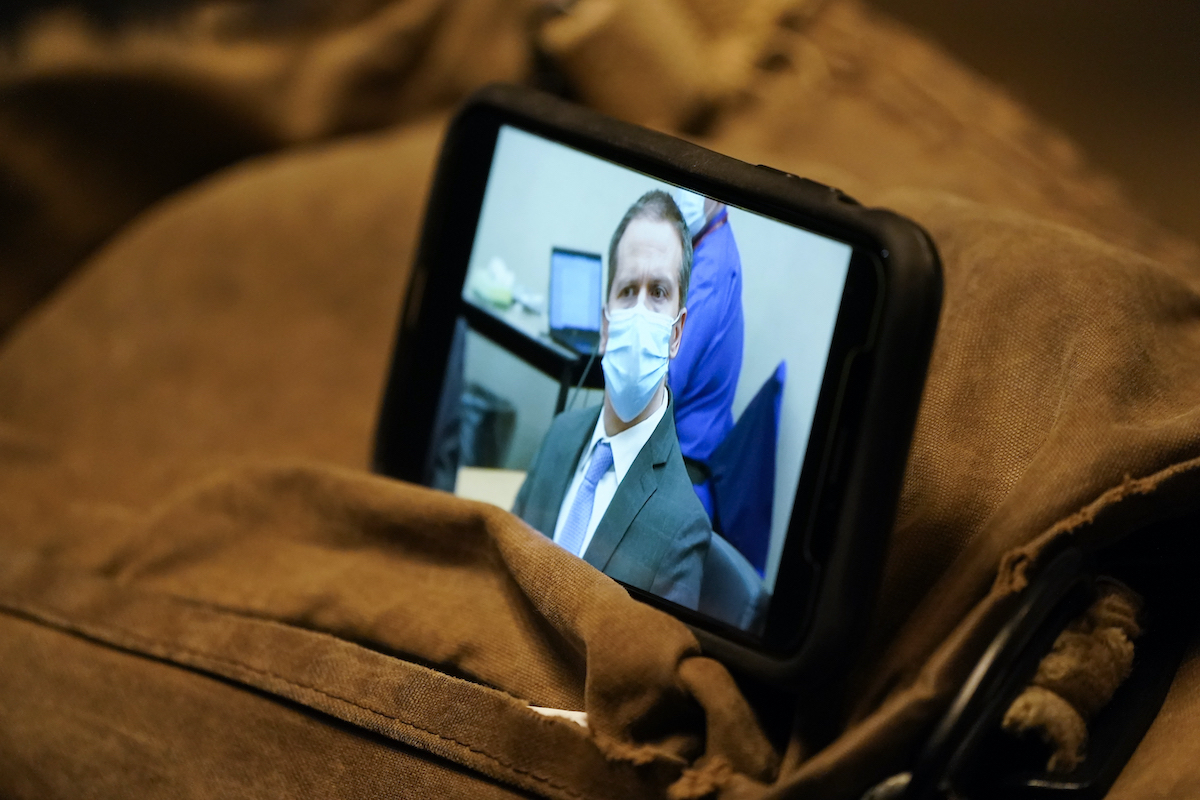 A video screen displaying former Minneapolis police Officer Derek Chauvin is seen as the jury affirms a guilty verdict at the trial of Chauvin for the 2020 death of George Floyd, Tuesday, April 20, 2021, in Minneapolis, Minn. (AP Photo/Julio Cortez)

It was the only logical and moral conclusion, and still it seemed almost unimaginable.

After so many senseless police killings of so many unarmed people of color, especially young Black men, news last week of former Minneapolis Police Officer Derek Chauvin’s conviction for the murder of George Floyd brought me to tears.

These were not tears of joy, but tears of disbelief and even relief, combined with a notion of hope that a great societal wrong that’s plagued our communities for so long was finally being challenged.

It’s not that I’ve lost all faith in our justice system as much as I simply understand how the system gets it so very wrong so very often, especially when the victim is poor or Black or Brown or otherwise marginalized and powerless to fight back.

If history is written by the victors, the rule of law is sometimes ignored by its enforcers with utter impunity.

George Floyd, like so many others brutally slain at the hands of police, often on the pettiest of pretenses, should be alive today. No one should be executed for allegedly passing a counterfeit $20 bill, or having expired license plates, or running scared from police as a 13-year-old boy recently did in Chicago seconds before he was felled by a bullet to his chest.

When I think back on the video of Derek Chauvin kneeling on Floyd’s neck for 9 minutes and 29 seconds, I most remember the look in Chauvin’s eyes. It was the look of unabashed impunity, a license granted by a deeply broken system that told him, “Don’t worry, you’ll get away with this.”

As I watched the judge announce Chauvin’s conviction, I noticed a different but equally searing gaze in the now convicted felon’s eyes. This time it was a look of surprise borne of an unwavering, if delusional, belief by Chauvin that his life was worth more than Floyd’s.