PEW: Asian Americans Will Be Country’s Largest Immigrant Group by 2055 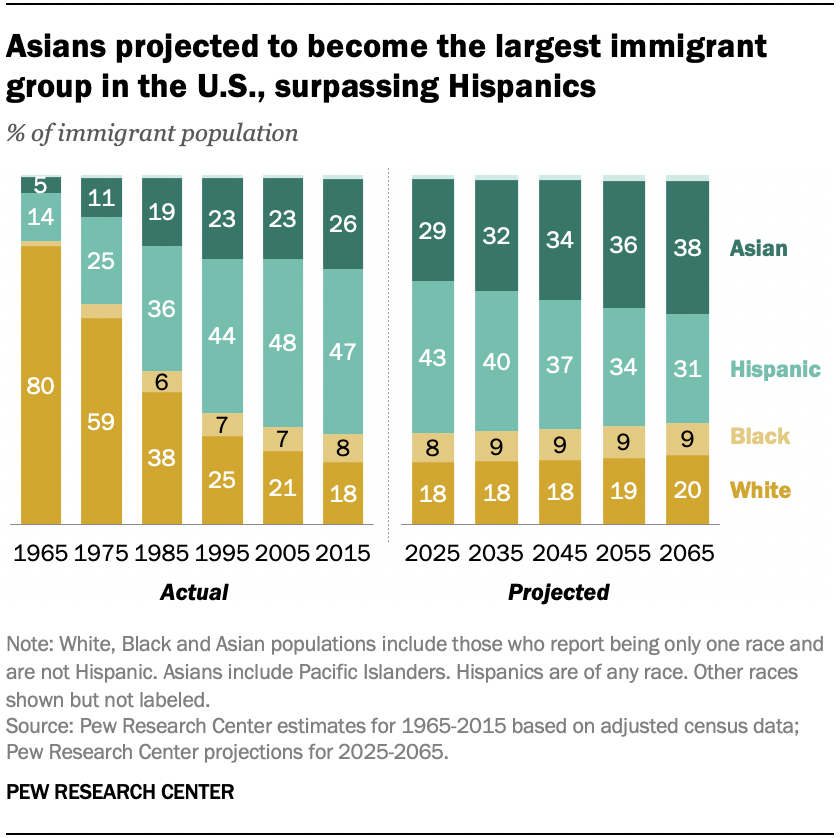 In a comprehensive analysis of the U.S. Asian American population released on Thursday, Pew Research projects that Asian Americans will surpass Latinos as the country’s largest immigrant group by 2055.

“By then, Asians are expected to make up 36% of all U.S. immigrants, while Hispanics will make up 34%,” Pew noted in the analysis. Pew defines “immigrant… as someone born in another country, regardless of parental citizenship.”

The latest analysis, updated from previous versions, projected that the overall U.S. Asian American population is expected to surpass 46 million people by 2060. 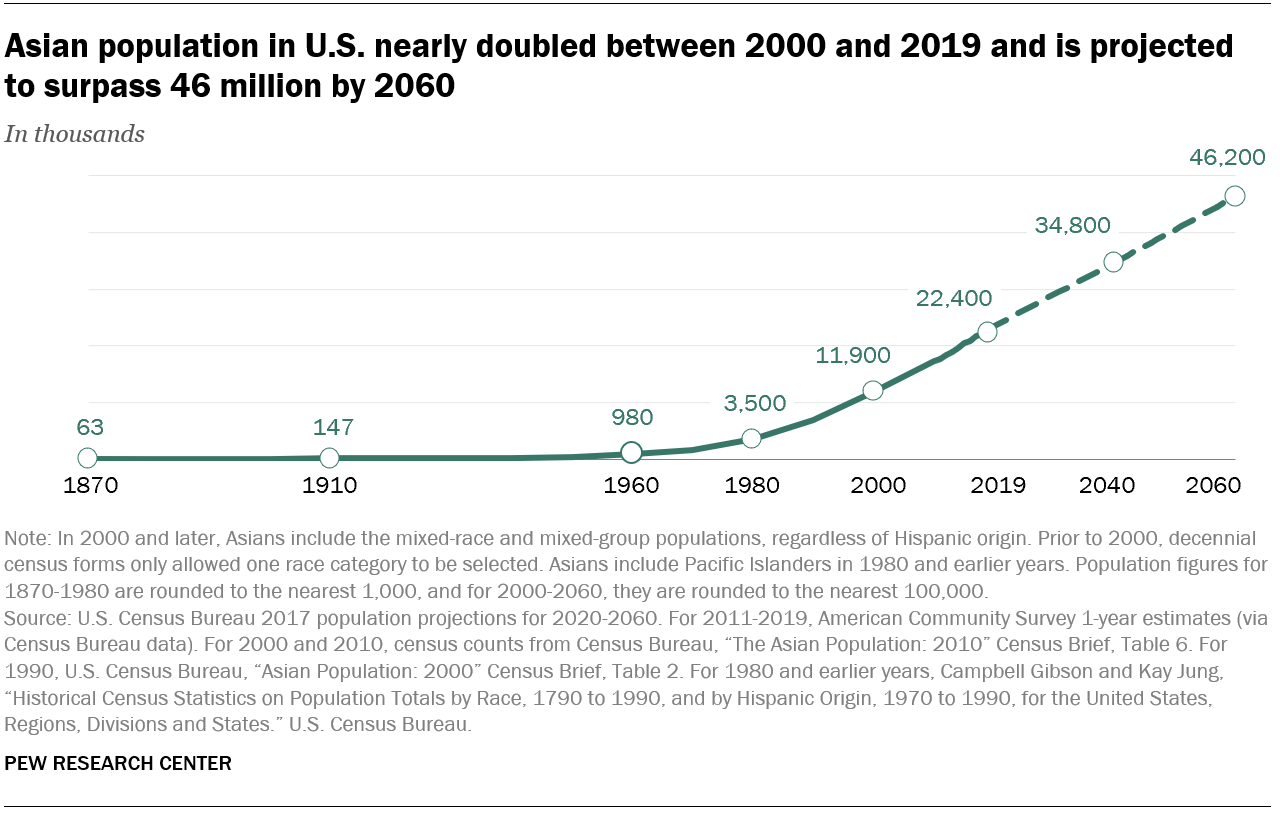 “In the 1870 census, roughly 63,000 individuals were classified as Asian by U.S. Census Bureau enumerators. By 1960, the first time census respondents could choose their own race, 980,000 individuals self-identified as Asian. The nation’s Asian population rose to 11.9 million by 2000 and then nearly doubled to 22.4 million by 2019 – an 88% increase within two decades. Asians now make up about 7% of the nation’s overall population, and their numbers are projected to surpass 46 million by 2060, nearly four times their current total,” Pew noted.

In addition, the report noted that “multiracial and Hispanic Asians comprise 14% and 3% of the Asian population in the U.S., respectively.”

The full report can be accessed here, as well as a more detailed fact sheet.

One response to “PEW: Asian Americans Will Be Country’s Largest Immigrant Group by 2055”