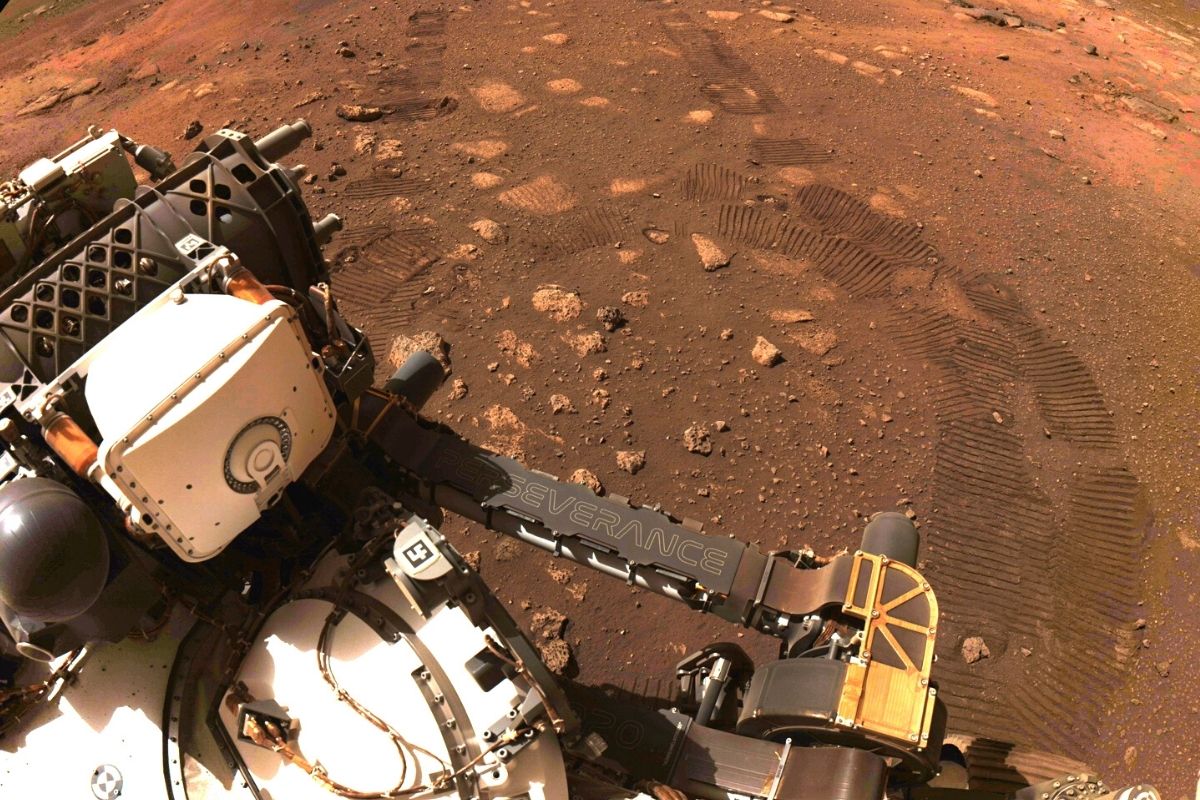 Photo by NASA/JPL-Caltech via AP, File.

NASA’s Perseverance rover launched from Earth on July 30, 2020 and traveled almost 300 million miles to Mars in hopes of finding past life on the Red Planet.

Since landing on Mars earlier this year, the mission has already made history. One of the scientific instruments on the rover converted carbon dioxide to oxygen on Mars and Ingenuity, a small helicopter that traveled with the rover, became the first aircraft to fly on another planet.

This week on Latino USA, we meet Diana Trujillo, Christina Hernández, Elio Morillo and Alejandro Miguel San Martin, who are some of the Latinos and Latinas behind this historic mission to Mars.

We learn not only about their work at NASA, but also how they got there and how it was each of their families’ own perseverance key for their success.