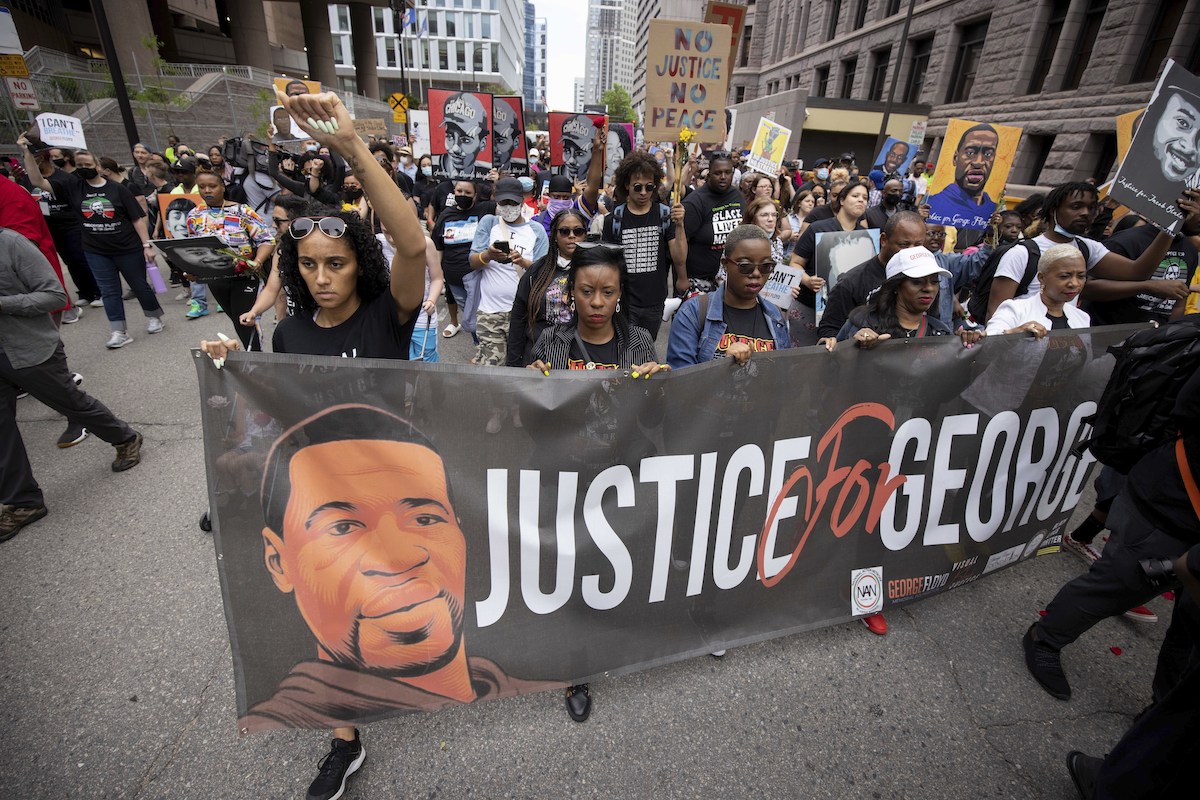 People march for the one year anniversary of George Floyd’s death on Sunday, May 23, 2021, in Minneapolis, Minn. (AP Photo/Christian Monterrosa)

MINNEAPOLIS (AP) — George Floyd’s death under a white Minneapolis police officer’s knee severely tarnished Minnesota’s reputation as a progressive state on matters of race. Many Black residents say it was never deserved in the first place.

The state’s seemingly polite exterior, exemplified by the nickname “Minnesota Nice,” has long concealed some of the country’s worst racial disparities—especially when it comes to employment, housing and education. As the state on Tuesday marks the one-year anniversary of Floyd’s death, residents are still debating whether anything has changed—or will.

Marvin Anderson, 81, an activist working to revive the historically Black neighborhood of Rondo in St. Paul, endured explicit acts of racism while living in the Deep South, then returned to his native Minnesota, where he and other Black residents were subjected to less-confrontational slights and microaggressions. He saw Floyd’s tragic death a year ago as an opportunity to repair the “mildew and rotting timber” of America’s foundation, but now questions whether Minnesota —despite its progressive reputation— will be able to lead the way.

“Minnesota has the capacity, the skill, the intelligence to do better, and that’s what hurts more than anything,” Anderson said. “If there’s one state where you might be able to solve these problems and set an example that other states could follow, it would be Minnesota.” 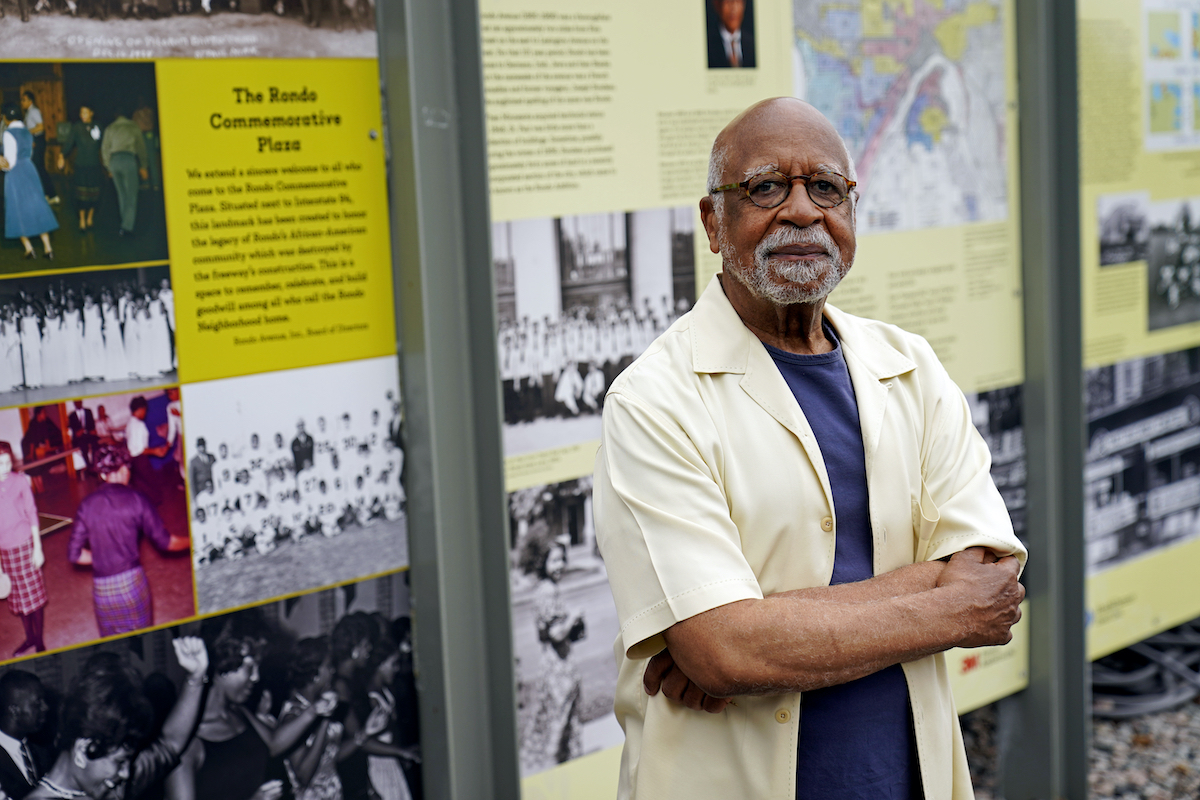 Marvin Anderson, who poses Thursday, May 20, 2021, in St. Paul, Minn., is working to restore the St. Paul neighborhood of Rondo, a historically Black community that was ripped in half by the construction of Interstate 94 in the 1960s, displacing hundreds of families and Black-owned businesses. (AP Photo/Jim Mone)

Samuel Myers Jr., director of the Roy Wilkins Center for Human Relations and Social Justice at the University of Minnesota, has spent years documenting what he calls “The Minnesota Paradox.”

The state boasts high levels of educational attainment, world-class medical care such as the Mayo Clinic, shopping magnets such as the Mall of America, a vibrant arts scene, and big philanthropy-minded employers like 3M, Best Buy, General Mills and Target.

All that helps make Minnesota a great place for white residents. But Myers has also documented how different it is for many Black residents: 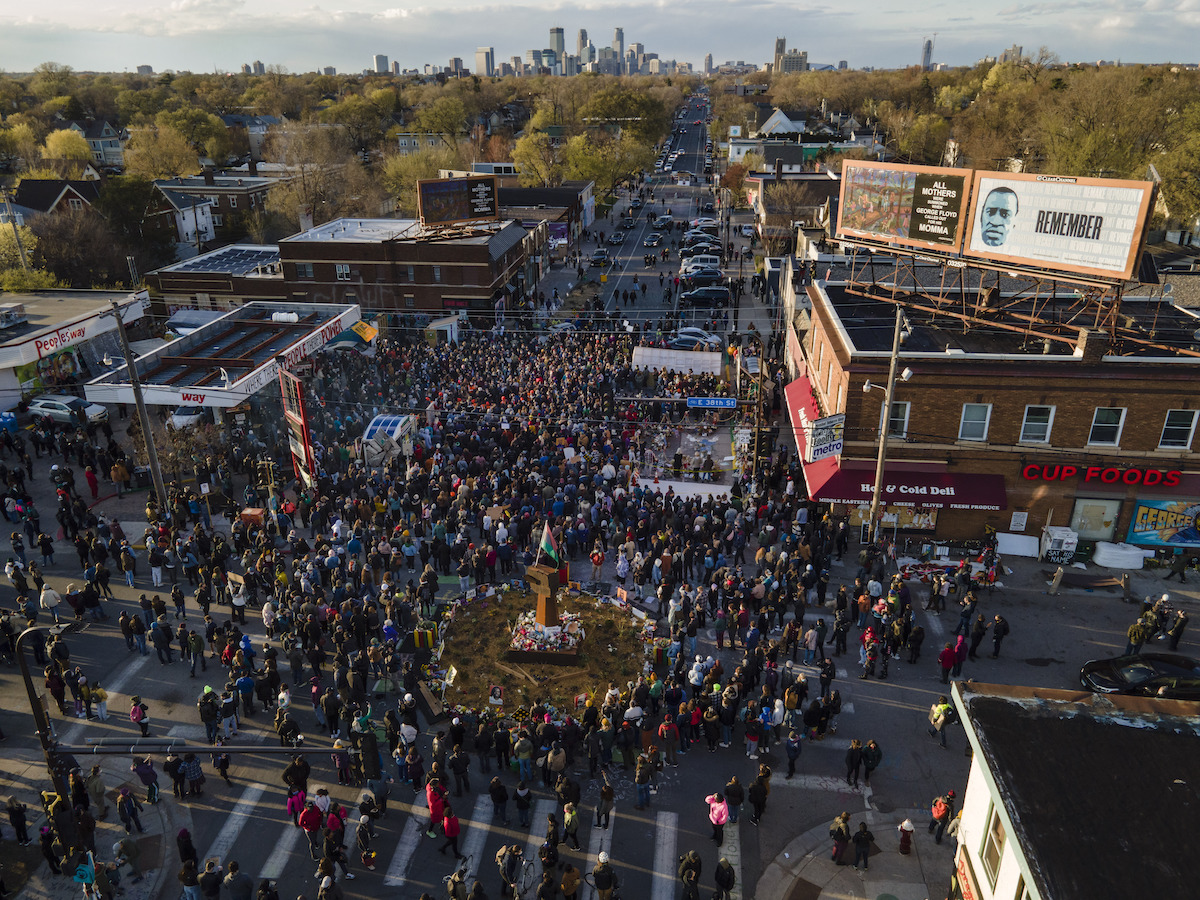 A crowd is seen at George Floyd Square after a guilty verdict was announced at the trial of former Minneapolis police Officer Derek Chauvin for the 2020 death of Floyd, Tuesday, April 20, 2021, in Minneapolis. (AP Photo/Julio Cortez)

Thompson, like many Black Minnesotans, can recount stories of being stopped by police for no good reason. It happened when he was 18, he said, when he and three friends —also Black— were stopped by officers and frisked when they left a family barbecue and walked down an alley to buy chips. More recently, he said, he was handcuffed by an officer after demanding his money back at a car wash that had malfunctioned—and after Thompson said he himself had called police.

Thompson eventually became an activist after the high-profile killing of another Black man, his friend Philando Castile, by a police officer in 2016 in the St. Paul suburb of Falcon Heights. As he fights for police accountability and economic equity in the Legislature, he said he has even been accused of racism by some white lawmakers.

“How on earth can you call a Black man racist for calling out racism?” he said.

Walt Jacobs, who chaired the African American & African Studies department at the University of Minnesota before becoming the social sciences dean at San Jose State University, edited a collection of essays on racial dynamics after Floyd’s death that was published this month. Its title: “Sparked: George Floyd, Racism, and the Progressive Illusion.” 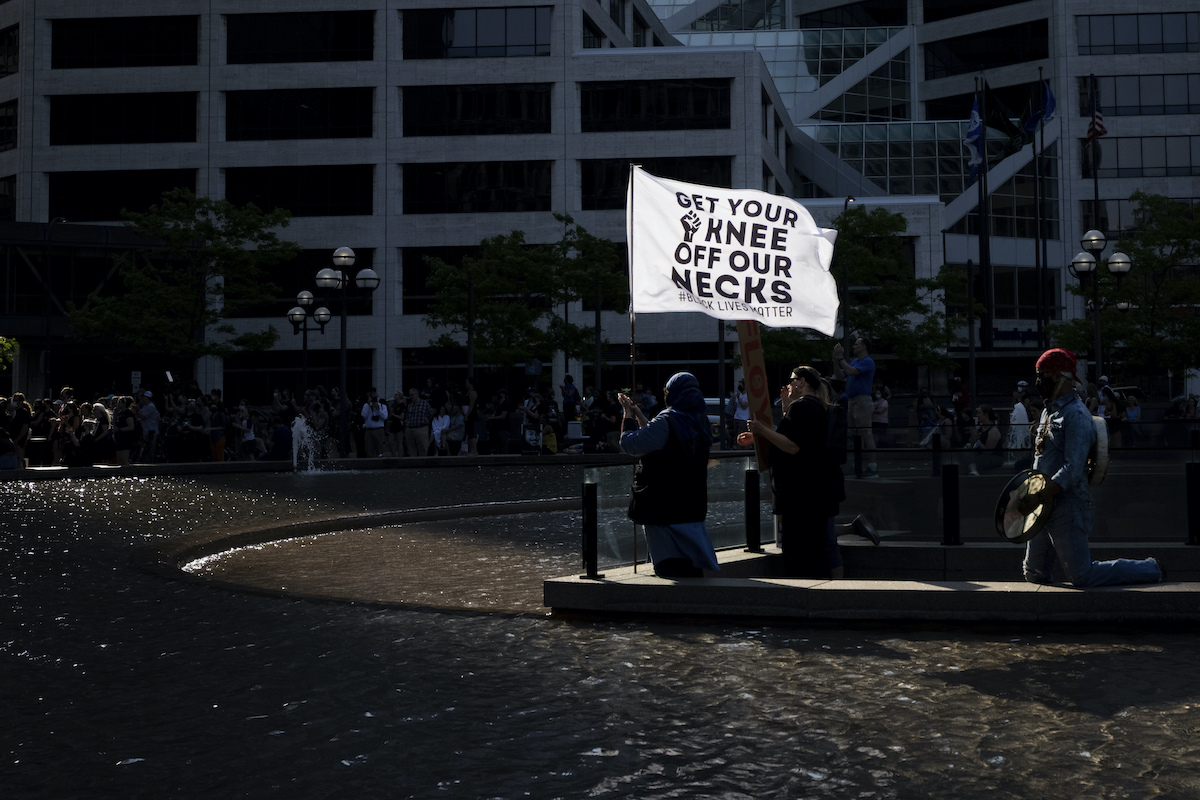 People attend a rally and march for the one year anniversary of George Floyd’s death on Sunday, May 23, 2021, in Minneapolis, Minn. (AP Photo/Christian Monterrosa)

“The whole thing of ‘Minnesota Nice,’ we talk about the weather and other surface level things, but it’s harder to talk about those bigger issues that might be divisive,” he said. “You’re expected to be polite, to not have any hostility to folks who are different from you, but you’re not going to tackle these potentially explosive issues, not going to get to know people outside your immediate circle of family and friends.”

That’s been changing since Floyd’s death and former police Officer Derek Chauvin’s conviction, he said, with ordinary Minnesotans starting to have those conversations.

“Change will come out of this,” Jacobs said. “The question is how much change? What will the extent of the change be?”

The Rev. Sarah Campbell, a minister at Mayflower Church in Minneapolis, said Floyd’s death caused “deep soul searching” within her progressive but mostly white faith community, part of the United Church of Christ. She said it opened some people’s eyes to privilege, hidden bias and unfairness in the state’s economic and educational systems.

Mayflower was already politically active, but Floyd’s death and the protests that followed have led to something new, she said.

“What feels significantly different now is that we’re not just doing political organizing, turnout, education,” she said. “It feels like it’s really going to another place… our psyches, our souls, our spirits.”

Anderson spends his time these days trying to make change happen by working to restore the city’s Rondo neighborhood, where he grew up, a community ripped in half by the construction of Interstate 94 in the 1960s. For Anderson, it was all the more painful because he and others saw Rondo as a respite from a “hostile and oftentimes racist world.”

“What made Rondo so unique was that it provided a haven where it was kept to an absolute minimum,” Anderson said. It was a nurturing place where people were called “mister” instead of “boy,” he said, where children heard stories from their elders in the barber or beauty shops that prepared them for the racism of the world outside.

Thompson and other Black state lawmakers elected after Floyd’s death don’t see today’s Minnesota as such a haven. They have only to look at the fate of police accountability legislation, which stalled out this year amid Republican opposition.

Democratic freshman Rep. Cedrick Frazier, of suburban New Hope, sought to ban police officers from affiliating with white supremacist groups. During one contentious negotiating session, Frazier angered a powerful white senator after Frazier told him, “We live in the same Minnesota, but I gotta tell you, I do absolutely experience this Minnesota differently than you do, and a large part is because of my skin color.”

He said the testy reaction showed how defensive Minnesotans can get.

“My colleagues who don’t look like me and live in a different ZIP code, they need to acknowledge it,” Frazier said. “We’re absolutely not there yet.”