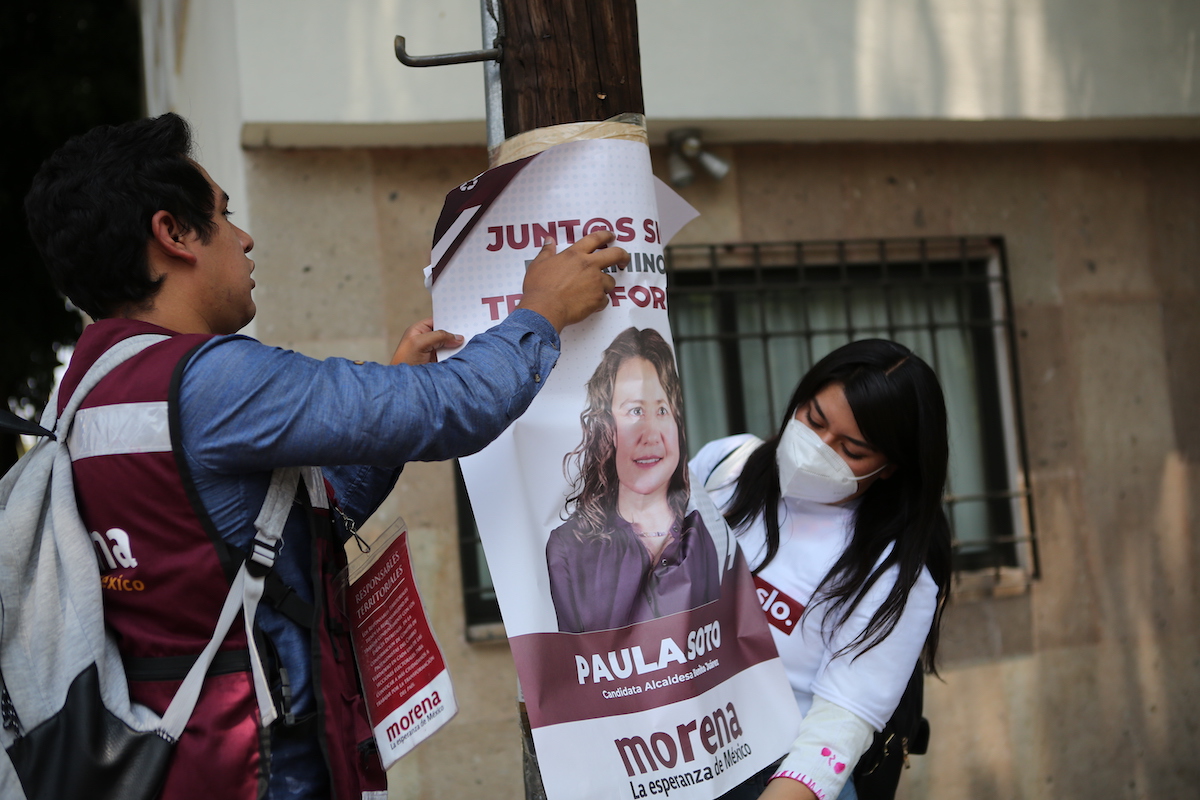 Supporters of the ruling party Morena mayoral candidate Paula Soto, place a poster on an electrical pole on the last day of campaigning leading up to the June 6 mid-term elections, in Mexico City, Saturday, May 29, 2021. (AP Photo/Ginnette Riquelme)

MEXICO CITY (AP) — Mexico’s president depicts Sunday’s congressional, state and local elections as the last opportunity to keep conservatives from returning to power, while opponents say it is a twilight battle to defend the country’s democratic institutions against a powerful populist. Security analysts worry that gangs and drug cartels are playing a role in local politics in some towns, after the killings of about three dozen candidates.

There’s a bit of truth in all those perspectives. But drug cartels have long tried to control local government in Mexico and the conservative opposition is so rudderless it probably won’t come back anytime soon. And despite President Andrés Manuel López Obrador’s hostility to critical voices in the media, the courts or regulatory agencies, he so far hasn’t taken strong action against them.

What truly could emerge from Sunday’s vote is a clearer picture of whether López Obrador’s movement, built on his personal popularity and little else, will outlast him. López Obrador is barred from seeking reelection, and for a man who has been campaigning unceasingly for 32 years, this may be the last election he plays a leading role in.

For such a powerful movement —despite one of the world’s highest per-capita death tolls in the pandemic, López Obrador still polls over 50% in approval ratings— the president’s “Fourth Transformation” doesn’t seem to have a clear direction beyond completing the projects already announced, and his Morena party may well fail Sunday in its bid to become a truly nationwide force.

Morena may hold on to the majority it now holds with allies in Congress, but the party seems unlikely to win governorships in northern states where it is weak.

Even so, despite a slower than expected economic recovery and his party’s constant internal disarray, López Obrador himself is doing fine, thank you.

Like Britain’s Boris Johnson or America’s Donald Trump, López Obrador’s mishandling of the start of the pandemic doesn’t appear to have hurt him all that much; people are more likely to remember the end of the story —Mexico’s ability to finally get vaccines— than the terrible beginning, said Federico Estevez, a political science professor at the Autonomous Technological Institute of Mexico. 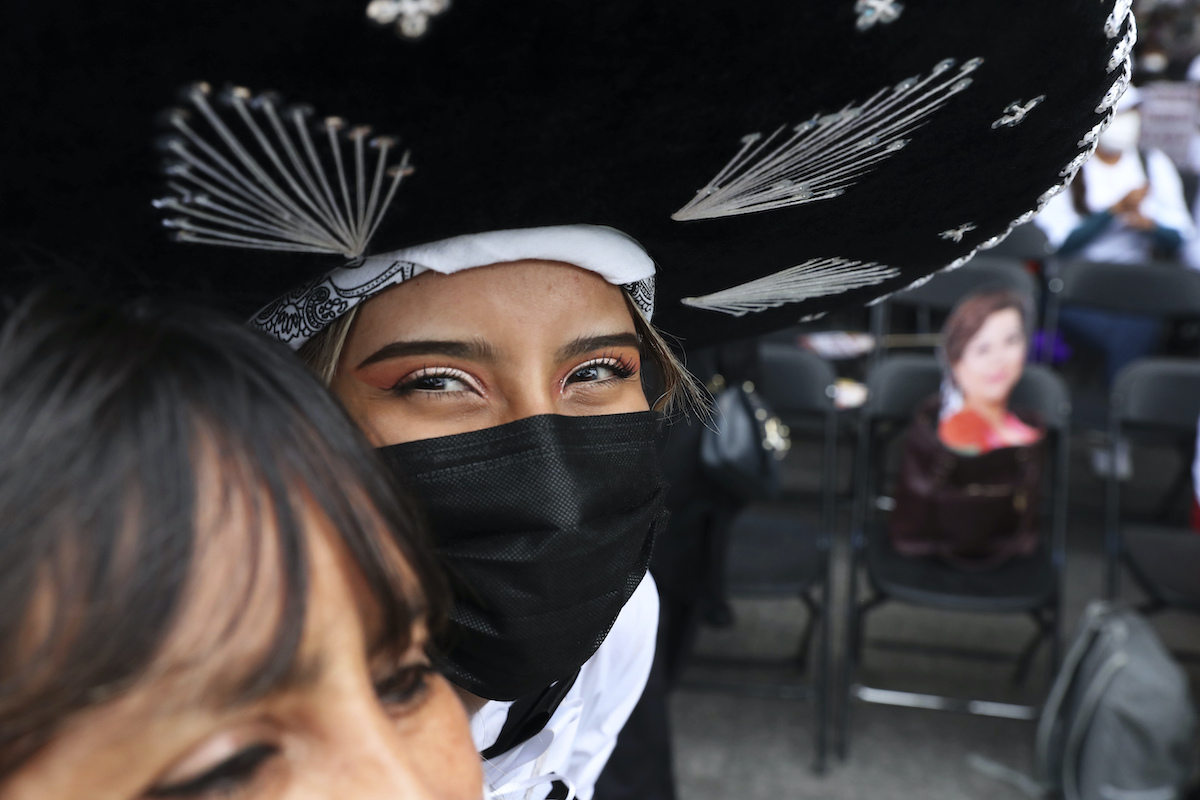 Wearing a mariachi hat, candidate Clara Brugada, who is running as a delegation leader under the ruling party Morena, smiles as she greets supporters on the last day of campaigning ahead of the June 6 mid-term elections, in the Iztapalapa borough of Mexico City, Wednesday, June 2, 2021. (AP Photo/Marco Ugarte)

“It doesn’t matter, people aren’t voting based on performance anymore,” Estevez said. “They’re voting on what they like or dislike.”

There is no shortage of dire predictions by academics, activists and members of the conservative opposition that López Obrador is trying to tear down the safeguards and independent watchdog agencies built up —at huge cost to taxpayers— since the old ruling party began to lose power in 1997.

But López Obrador’s bark appears worse than his bite. He regularly rails against critical press outlets, the judiciary and regulatory bodies for elections, telecoms, transparency and information access. But almost three years after he was elected, they’re still there.

What would López Obrador do if he keeps his majority in Congress? He has muttered about reforming the courts, but given the low standing of Mexico’s judiciary in public opinion and the massive lack of trust the opaque court system inspires, it’s unclear how much of a loss to democracy that would be.

The president is unlikely to abolish the elections agency, though he could diminish its independence. Any move to abolish the information-access agency, which provides data based on freedom-of-information requests, would draw howls of protest.

But desperation has become so sharp among those who oppose López Obrador —and the opposition is in such disarray— that some have even taken the unprecedented step of calling for U.S. pressure on López Obrador. Given the history between the two nations —the U.S. took about half of Mexico’s territory in 1848— anti-Yankee sentiment has long been a predictable staple of Mexican politics. 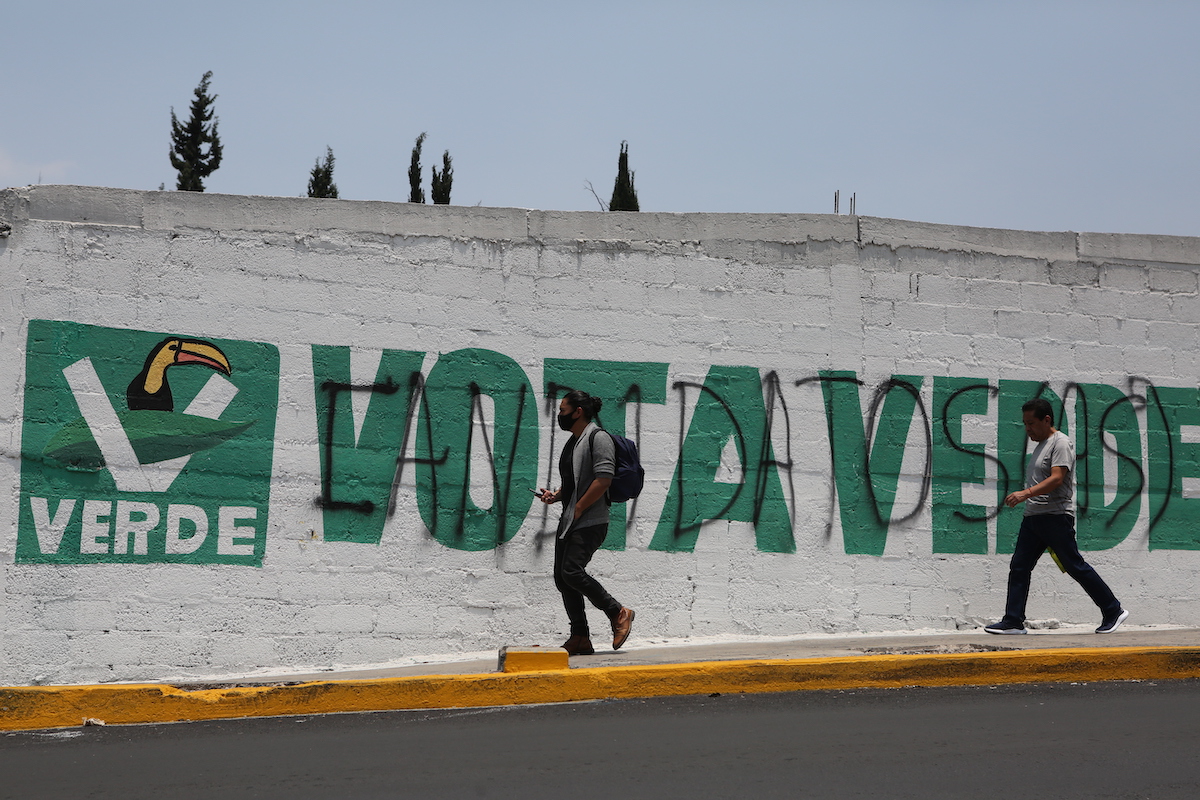 Pedestrians walk past a mural emblazoned with “vote green” message promoting the Green Party, on the last day of campaigning leading up to the June 6 mid-term elections, in Mexico City, Saturday, May 29, 2021. (AP Photo/Ginnette Riquelme)

As obviously unpopular as such calls are in Mexico, they also don’t catch fire among Mexican voters for another reason. While popular among intellectuals, the multiplicity of independent government agencies that grew up during Mexico’s “democratic transition” cost a lot and their benefits aren’t very visible to most Mexicans.

“They look at what our public intellectuals defend as democracy, and they just see more corruption,” said Estevez, noting that, “A surprising amount (of differences among voters) is about just how effective democracy has been. There is a feeling that majorities deserve to be able to govern at some point.”

The opposition’s problems may be illustrated by the fact that parties with longstanding mutual hostility found themselves pushed into a broad, anti-López Obrador coalition to run common candidates in many states. Their only common campaign theme is that the president supposedly poses a danger to democracy.

In fact, López Obrador’s biggest failing may be his utter unconcern about the quality of his party’s candidates. This year, he defended the candidacy of a man accused of rape for the governorship of southern Guerrero state and his party once selected local candidates by drawing names from a barrel in a lottery system.

For influential positions in his government, López Obrador prefers old political faces he knows well — some utterly discredited, others nearing 80 — over younger figures who might replace him when his term ends in 2024. In strictly personal terms, the president seems to get on better with some state governors of the old ruling Institutional Revolutionary Party, whose heyday in the 1950s and 60s López Obrador regards as Mexico’s golden age. 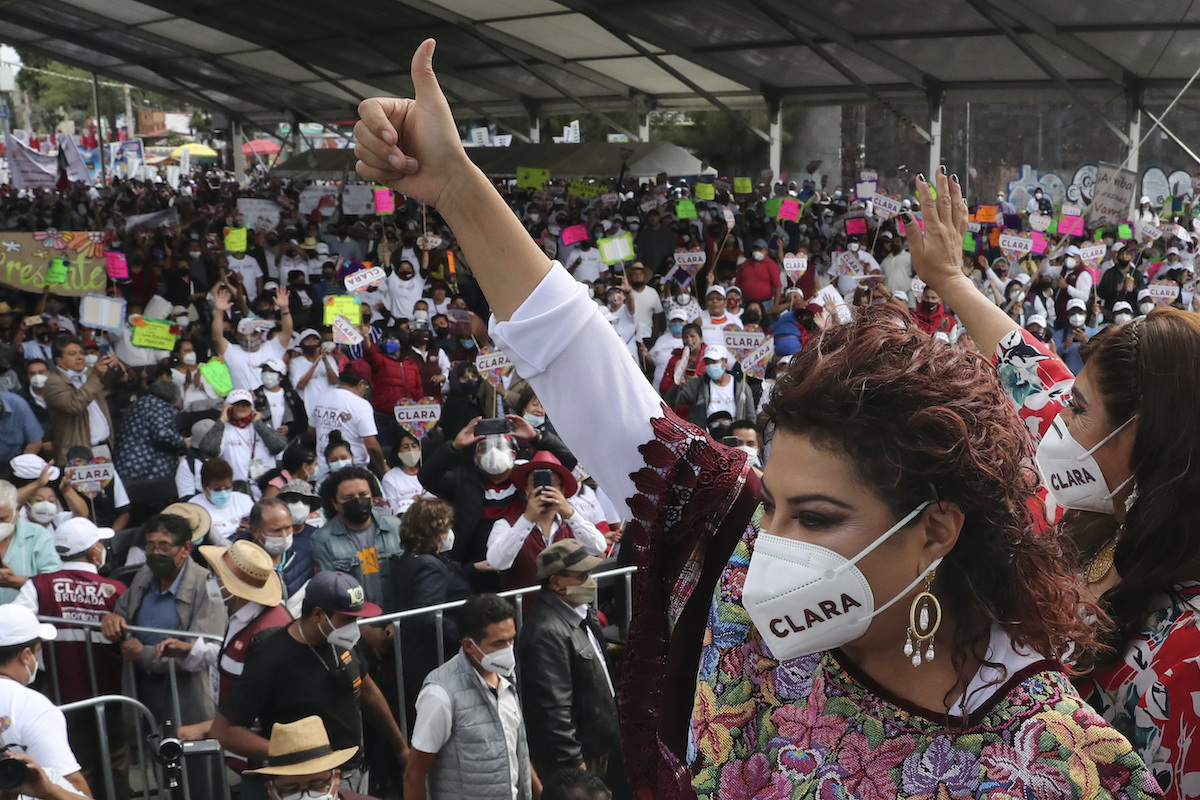 Clara Brugada, who is running as a delegation leader under the ruling party Morena, greets supporters on the last day of campaigning ahead of the June 6 mid-term elections, in the Iztapalapa borough of Mexico City, Wednesday, June 2, 2021. (AP Photo/Marco Ugarte)

The attacks on candidates are more troubling. Some were even shot at campaign events where spectators or others were wounded.

Similar attacks have occurred consistently in recent years — though by some counts there are somewhat more this campaign than in 2018. And the problem is enmeshed in López Obrador’s so far failed strategy of avoiding confrontations with drug cartels while betting on long-term solutions to violence like scholarships and job training.

Former anti-drug prosecutor Samuel Gonzalez notes that big changes in anti-crime policies haven’t been at the top of the debate in the current elections, and none of the parties offers a clear alternative.

“Even though the issue of crime touches most on local authorities, I don’t see the current policies changing much whether Morena wins or the opposition coalition does,” said Gonzalez. “I am pretty pessimistic.”