US Identifies 3,900 Children Separated at Border Under Trump 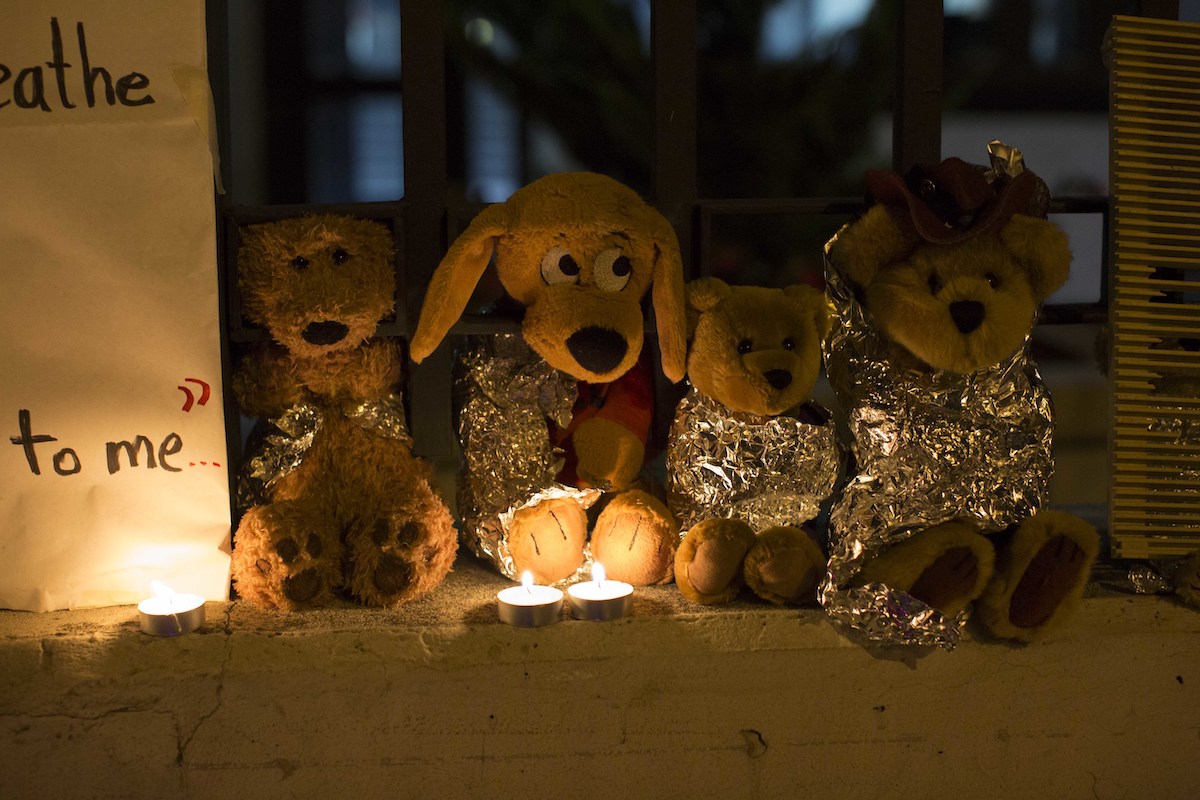 In this Wednesday, June 20, 2018, file photo, stuffed toy animals wrapped in aluminum foil representing migrant children separated from their families are displayed in protest in front of the United States embassy in Guatemala City. In a report released Tuesday, June 8, 2021, the Biden administration says it has identified more than 3,900 children separated at the border under former President Donald Trump’s “zero-tolerance” policy on illegal crossings. (AP Photo/Luis Soto, File)

SAN DIEGO (AP) — The Biden administration said Tuesday that it has identified more than 3,900 children separated from their parents at the U.S.-Mexico border under former President Donald Trump’s “zero-tolerance” policy on illegal crossings, providing one of the more detailed accounts of a chapter in U.S. immigration history that drew widespread condemnation.

The Biden administration’s Family Reunification Task Force count of 3,913 children separated from July 1, 2017, to the end of Trump’s presidency is well below the more than 5,500 children identified by the American Civil Liberties Union in court filings, based on government information.

The task force said it identified “nearly all” children who were separated under the zero-tolerance policy but will review another 1,723 cases since July 2017, which would bring total cases examined to 5,636, close to the ACLU tally. The discrepancy appears to stem largely from a federal court ruling in San Diego that excluded 1,723 children who were separated for reasons other than Trump’s zero-tolerance policy, such as risk of child endangerment or questions about parentage.

The task force will also try to determine if children were separated during the first six months of Trump’s presidency, starting in January 2017, which was outside the scope of the ACLU lawsuit. That could raise the final number.

The report provided data that hadn’t been previously released. Nearly 60% of children separated under the zero-tolerance policy were Guatemalans (2,270), followed by Hondurans (1,150), Salvadorans (281), Mexicans (75), Brazilians (74) and Romanians (23).

The Border Patrol’s Yuma, Arizona, sector recorded the highest number of separations of the agency’s nine sectors on the Mexican border with 1,114. The Rio Grande Valley in Texas, which dominated media attention as the busiest corridor for illegal crossings by far, was second with 1,025 separations. The El Paso, Texas, sector, which was site of a trial run of the policy in 2017 that was not publicly disclosed at the time, was third with 982 separated children.

The Biden administration has vowed to reunite parents who are still apart from their children, but the pace has been slow and it is unclear how high that number will go. The first four parents were returned to the United States last month, part of what the task force identified as an initial group of 62 people.