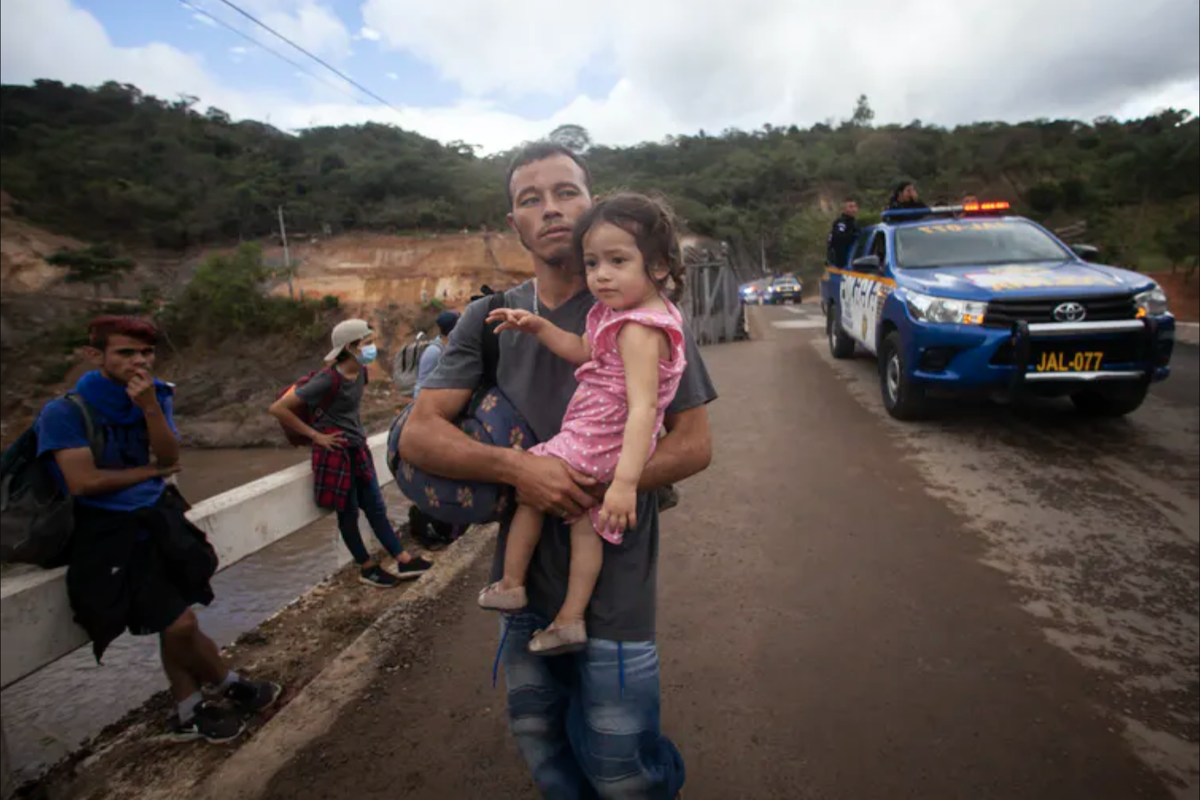 Migrants hoping to reach the distant U.S. border walk along a highway in Guatemala in January 2021. (AP Photo/Sandra Sebastian)

Climate change is upending people’s lives around the world, but when droughts, floods or sea level rise force them to leave their countries, people often find closed borders and little assistance.

Part of the problem is that today’s laws, regulations and international agreements about migrants, asylum-seekers and refugees offer few, if any, special protection to those forced to leave because of climate conditions.

The Biden administration has started exploring ways to identify and assist people who are displaced by climate change. But climate-driven migration is complicated.

Often, the environmental stressors associated with climate change are only one factor pushing people to migrate. For example, many migrants from Guatemala trying to enter the U.S. have struggled under severe droughts or storms, but many also fear crime and violence if they move to cities in their homeland to find work. Others are seeking opportunities that they and their children don’t have.

As experts in migration and climate risk, we have been studying how climate change is displacing people within their own countries and often pushing them to cross borders. Here are some of the key challenges the Biden administration faces and reasons this effort can’t wait.

How Many Climate Migrants Are There?

In the coming years, the rapid pace of climate change combined with a global population nearing 8 billion people is likely to create unprecedented stress around the world. Recent studies show that dry spells and drought are already associated with increased migration.

As that stress intensifies, the need to escape hazards and threats is replacing the desire to seek opportunity as the key driver of international migration. 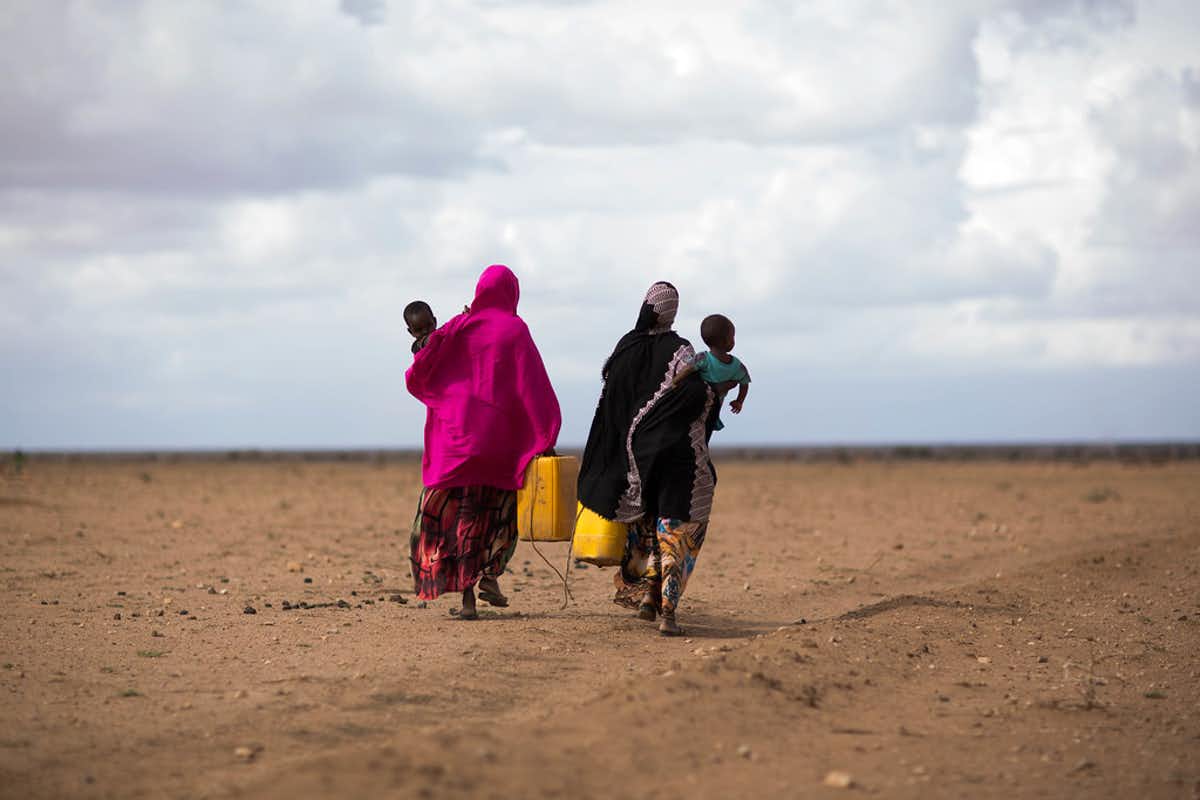 Drought displaced hundreds of thousands of people in Ethiopia in 2016. The vast majority stayed within the country’s borders. UNICEF (Ethiopia/2016/Tesfaye, CC BY-NC-ND)

Disasters caused more than 23 million people a year to relocate over the past decade, the majority of them within their own countries, according to the World Meteorological Organization’s State of the Global Climate Report. The Intergovernmental Panel on Climate Change predicts that this will increase as global warming intensifies. The World Bank projects that climate change will drive 143 million people in Latin America, Africa and South Asia alone to leave their homes by 2050. Many come from poor regions that have contributed little to global warming.

Legal Definitions of ‘Refugee’ Are Narrow

Until recently, scholars identified wars and conflict as principal sources of displacement.

Starting in the 1980s, some scholars began using the term “environmental refugee” for those forced to leave their homes because of disruptions related to human or naturally produced environmental events, such as desertification, deforestation, land degradation and rising sea levels.

But the international definition of refugee doesn’t include climate change. 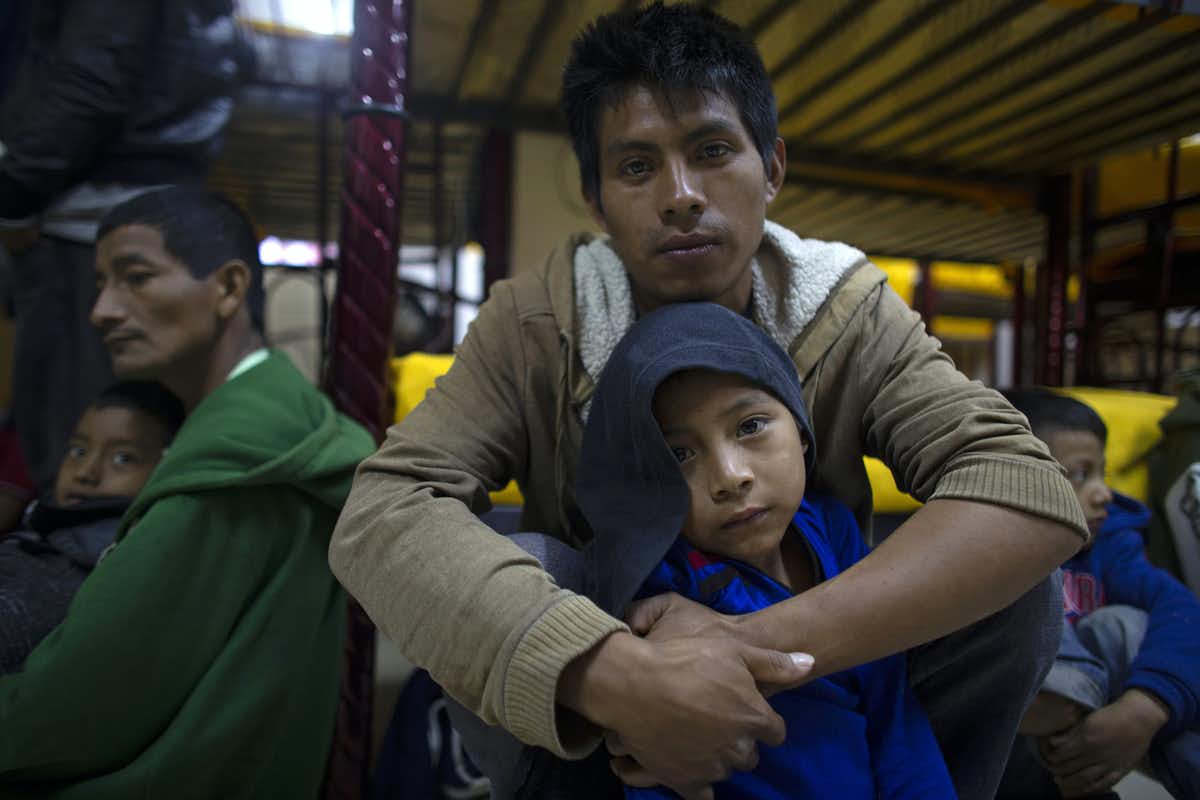 Drought has devastated crops in parts of Guatemala in recent years, pushing some people to try to find a better life in the U.S. (AP Photo/Dario Lopez-Mills)

The U.N.’s 1951 Refugee Convention establishes the obligations and responsibilities its member nations have to refugees. It defines refugees as people who are forced to flee their homelands because of fear of persecution based on race, religion, nationality, membership in a particular social group or political opinion.

While climate migrants are not legally considered refugees, many are highly vulnerable.

Lacking resources, climate migrants are likely to be poorer than most other international migrants. This may put them at a disadvantage as more countries’ policies scrutinize the economic prospects of immigrants before permitting them entry.

Yet climate migrants do not fit cleanly into categories of those who migrate voluntarily and those who are displaced by factors beyond their control. 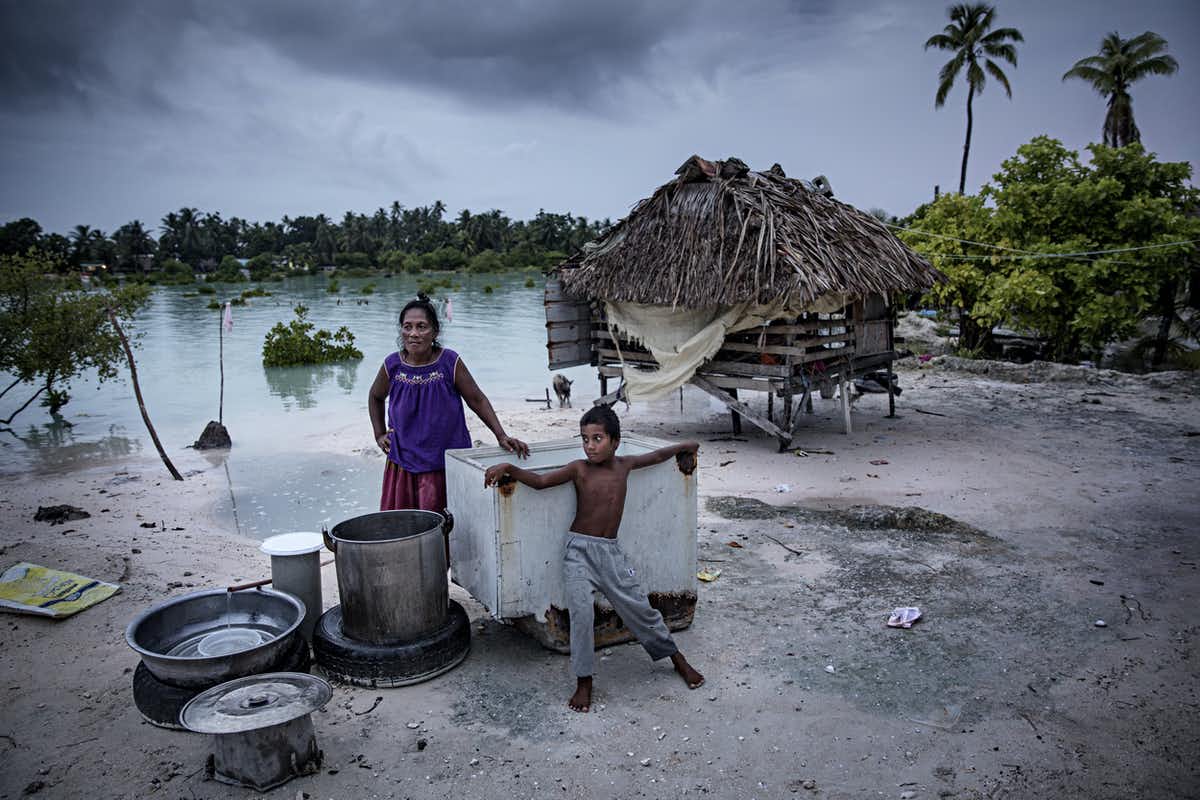 Rising sea levels are making it harder to live in the low-lying islands of Kiribati. Salt water has infiltrated cropland and fresh water supplies, but for many people, migration is impossible. (Jonas Gratzer/LightRocket via Getty Images)

Take the case of Ioane Teitiota, a man from the island nation of Kiribati who sought refugee status in New Zealand in 2013. He was ultimately deported on the grounds that his life wasn’t in immediate danger in his homeland. But while Kiribati isn’t underwater yet, it is under stress as habitable land becomes more scarce and water supplies become contaminated by saltwater.

The U.N. Human Rights Commission rejected Teitiota’s appeal in 2020, but it also warned that governments could be in violation of U.N. agreements if they send people back to situations where climate change has created life-threatening risks.

Rethinking the Role of Disasters

Climate change and other environmental stresses have increasingly become drivers of displacement, but in ways that do not fit neatly within the bright dichotomy that law and policy use to distinguish between refugees and other people on the move.

We believe it’s time for countries worldwide to rethink the role of disasters and climate change in migration, recognize the rights of those displaced by environmental causes and reform international and national laws and policies, which are out of date with what’s known today about climate change and displacement. Nations may be reluctant to offer what may seem like a new portal for migrants, but evidence suggests those numbers will only rise, and countries need to be prepared.

One response to “As More Climate Migrants Cross Borders Seeking Refuge, Laws Will Need to Adapt”