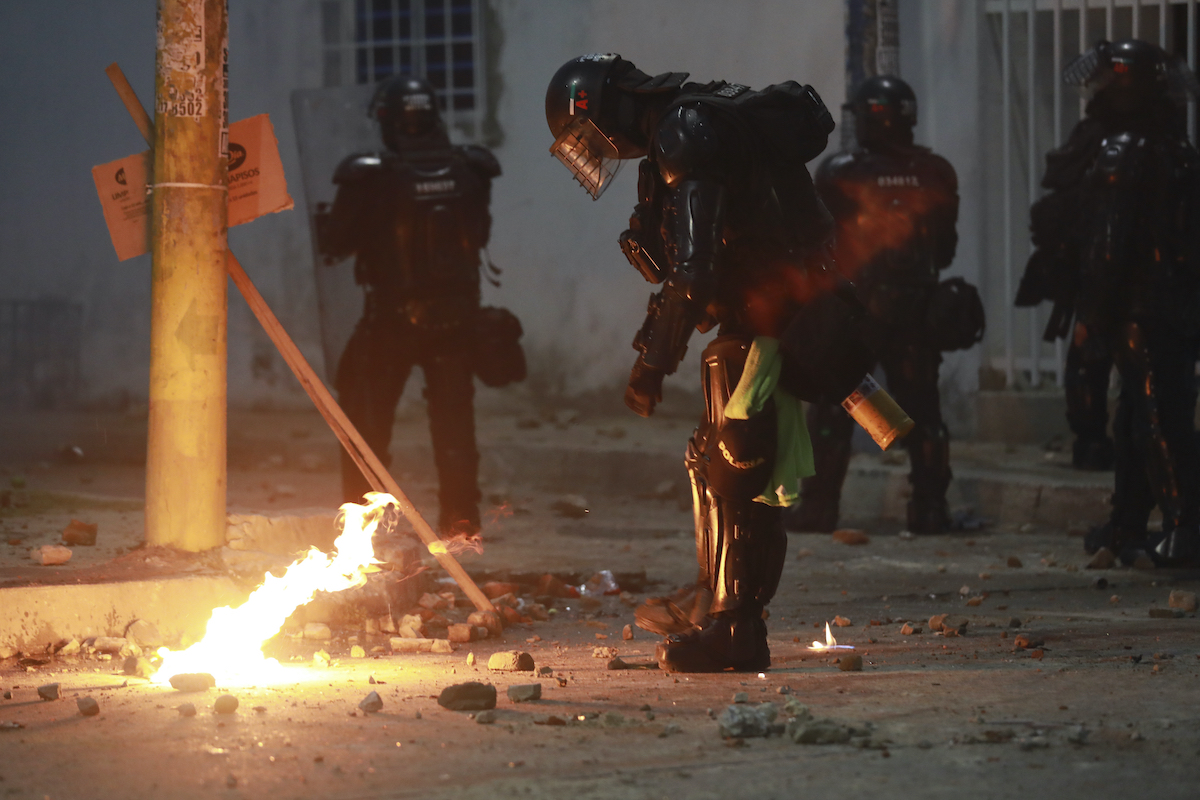 BUCARAMANGA, Colombia (AP) — An international monitoring group on Wednesday accused police officers in Colombia of responsibility for the deaths of 20 people and other violent actions against protesters during recent civil unrest, including sexual abuse, beatings and arbitrary detentions.

Human Rights Watch said in a report said it has “credible evidence” indicating police killed at least 16 protesters or bystanders with “live ammunition fired from firearms,” while three other people died when police used non-lethal weapons. The report said another person died after being beaten repeatedly.

“These brutal abuses are not isolated incidents by rogue officers, but rather the result of systemic shortcomings of the Colombian police,” said José Miguel Vivanco, the group’s director for the Americas. “Comprehensive reform that clearly separates the police from the military and ensures adequate oversight and accountability is needed to ensure that these violations don’t occur again.”

The report presents a panorama of more widespread violence than what Colombian authorities have acknowledged. It says Human Rights Watch has received “credible information” reporting a total of 68 deaths during the protests, 34 of which it was able to confirm, including two police officers.

Thousands of Colombians have turned out across the country for mostly peaceful protests against the administration of President Iván Duque. The protests started over proposed tax increases on public services, fuel, wages and pensions, but it has morphed into a general demand for the government to do more for the most vulnerable in society, such as Indigenous and Afro Latino people.

The administration withdrew the tax proposal just days after the protests began, but the unrest has continued and grown as reports emerged of police violence, deaths and disappearances.

Human Rights Watch said its investigation into the police response to the nationwide protests that began April 28 found that the majority of fatal victims suffered injuries to vital organs, including head and chest, which experts said “are consistent with being caused with the intent to kill.”

The report says that among those killed by police was Kevin Agudelo, who died during a peaceful demonstration May 3 in Cali, a city in southwestern Colombia that has been the epicenter of the protests. Witnesses said anti-riot police fired flash-bang cartridges and teargas when demonstrators blocked cars at a traffic circle, prompting several demonstrators to throw rocks.

“One witness said he heard shots that sounded like live ammunition,” the report says. “He said that Agudelo, who had been hiding behind a post, then ran toward him along with another protester. The witness said he saw a police officer shoot Agudelo from a short distance. The other protester was also injured, he said. Human Rights Watch reviewed three videos that appear consistent with the witnesses’ accounts, in which Agudelo is seen lying next to the injured protester.” 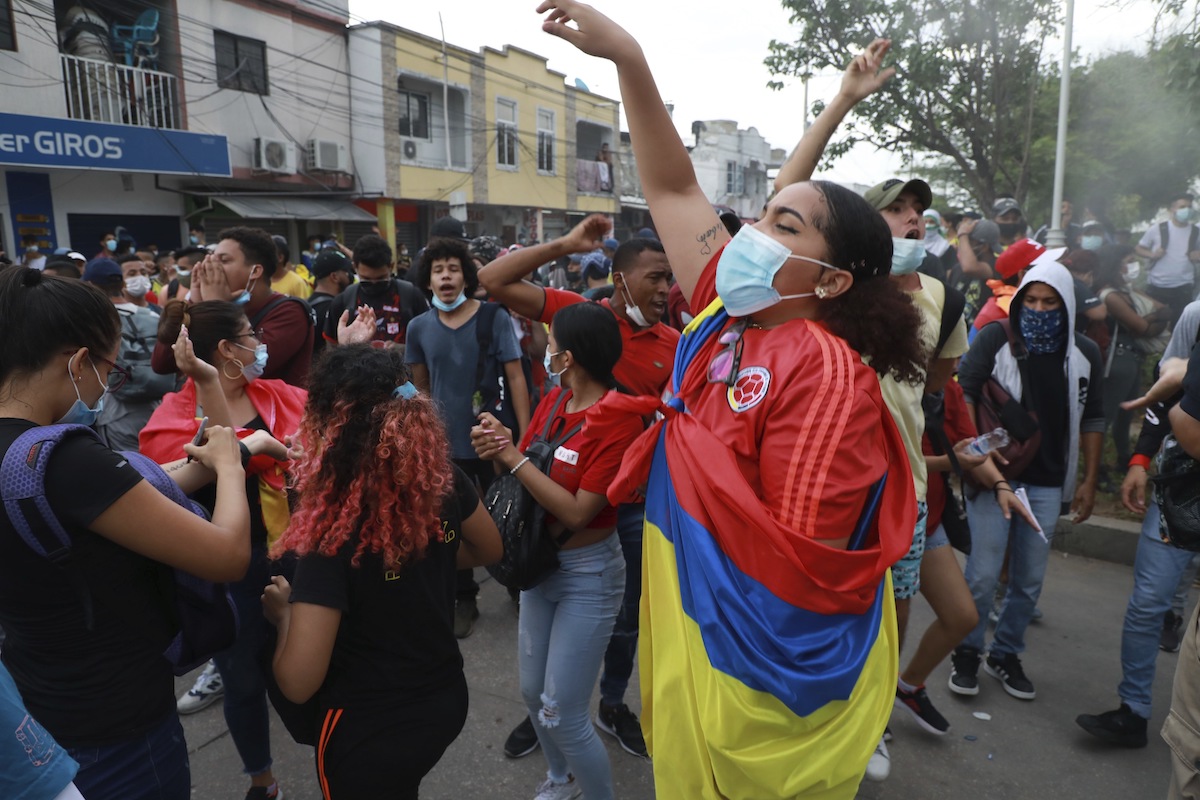 The organization reviewed a photo of his body that showed wounds to the chest and arms, which the report said forensic experts concluded were consistent with being shot by live ammunition.

Authorities have been slow to investigate the reports of violence, and as of Saturday, only four people had been indicted in connection with two homicides that occurred during the protests. Of the 170 police officers under disciplinary investigation, only two have been suspended, according to Human Rights Watch. Official public data indicates most of these investigations are for abuse of authority and 13 are linked to homicides.

The police have also been accused gender-based and sexual violence. The Ombudsman’s Office, an agency in charge of protecting human rights, has reported 14 cases of sexual assault and 71 cases of gender-based violence, including physical and verbal assault.

Police have arrested more than 1,000 people for crimes allegedly committed during the protests, but hundreds of them were released because judges found no evidence linking them to the crime or concluded they were not guaranteed due process.

The president has said all cases of police abuse will be investigated and duly punished. However, Duque has insisted that they are isolated cases.

“Colombia is not a country that violates human rights, we have difficulties, but we face them with justice,” presidential counselor for human rights, Nancy Patricia Gutiérrez, told reporters Tuesday.