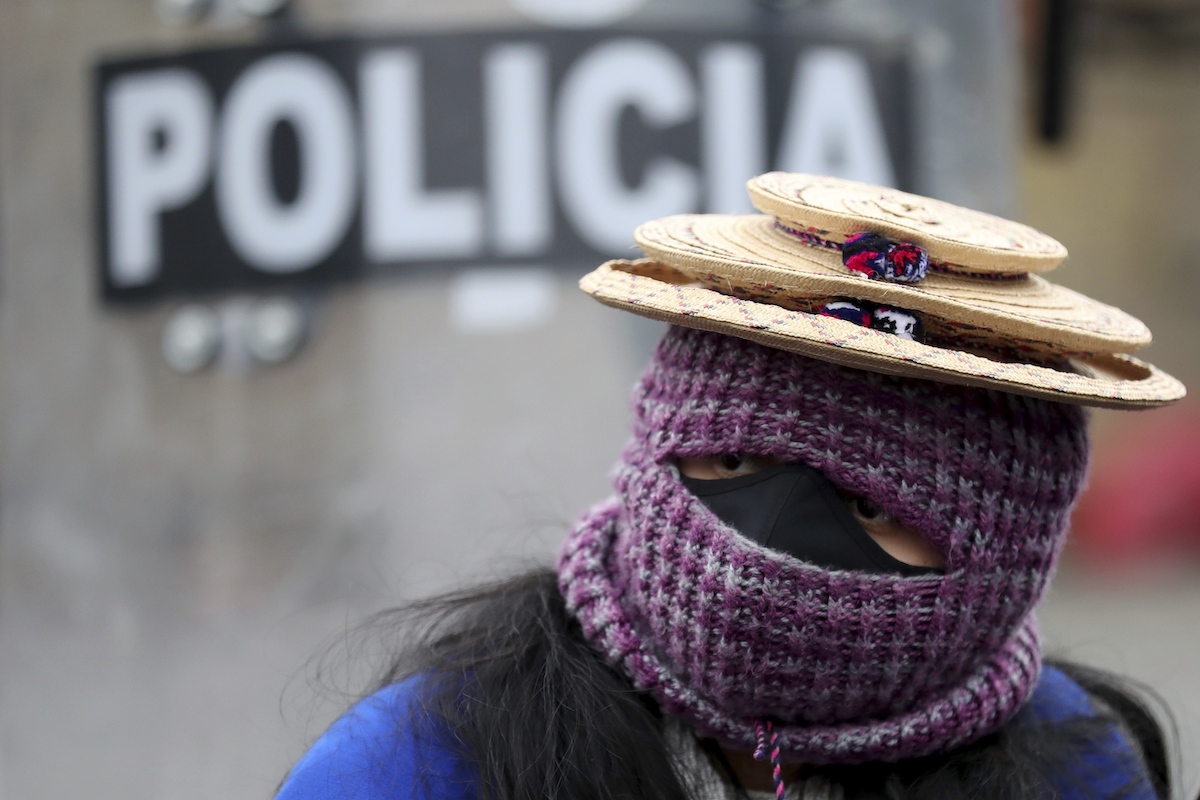 BOGOTÁ, Colombia (AP) — Protest leaders in Colombia said on Tuesday that they will stop organizing marches in the country’s largest cities following seven weeks of anti-government demonstrations that have resulted in at least 50 deaths.

Members of the National Strike Committee —a group made up of unions and student organizations— said at a news conference that they will suspend marches that have been taking place every week in order to prevent more deaths of protesters at the hands of police and also to slow down coronavirus contagion in Colombia, where deaths from the virus are at an all-time high.

The protest leaders said the Colombian government has not met most of their petitions, so they will change their strategy: Now they will focus on meeting with civil society organizations to draft legislation that will be presented to Colombia’s congress in July, following a large march on the nation’s capital.

“This does not mean that social mobilization will stop in Colombia,” said Francisco Maltes, president of the Central Union of Workers. “Mobilization will continue because the causes that led to it are still unattended.”

Protests broke out on April 28 over a proposal by President Ivan Duque to increase taxes in an effort to control budget deficits and pay for pandemic-related expenditures. The tax proposal was quickly withdrawn, but demonstrations continued over a wide range of demands, as well as frustration over growing poverty and inequality.

The strike committee on Tuesday accused the government of undermining an effort to start negotiations over social and economic policies that include a basic income scheme for 10 million people, free university tuition for most students and the dismantling of a riot police squad that has been involved in violence against protesters.

The government recently made its own proposals to reform the police and Duque said that students from low-income households will have free university tuition through the end of this year while legislation is drafted to increase access to university education.

Colombia’s unemployment rate has doubled during the pandemic, while GDP contracted by 7% in 2020 and extreme poverty went up by 50%.

The protests have led to $3 billion in losses, according to the Ministry of Finance, as roadblocks have prevented factories from getting raw materials and stopped exports of products like coffee and sugar cane.

While the strike committee has spearheaded many of the protests, it does not represent youth groups or Indigenous groups that have also led protests and formed barricades in cities like Cali and Bogota. These groups are currently holding separate talks with municipal administrations.