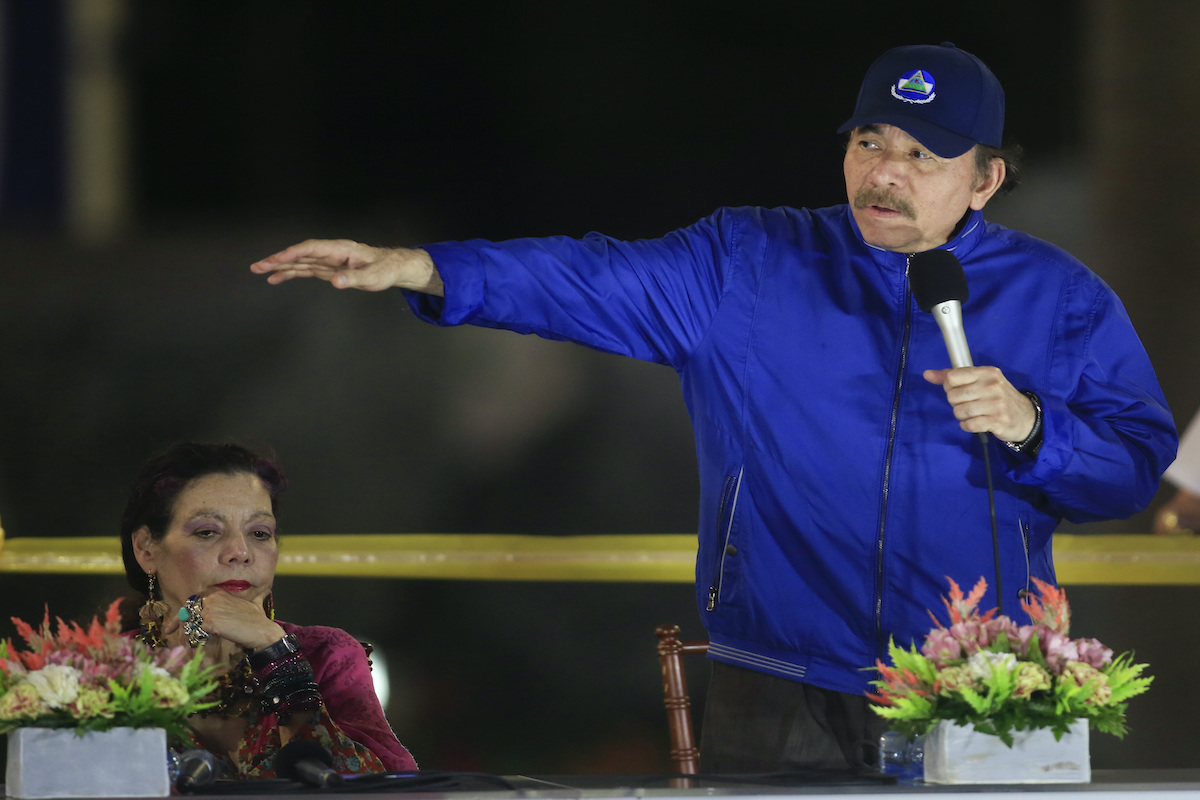 MANAGUA, Nicaragua (AP) — Nicaragua’s police have arrested a prominent banker in a sign the government’s pursuit of opponents is expanding beyond political leaders and potential challengers to President Daniel Ortega.

Police arrested the executive president of Banco de Produccion SA, Luis Rivas Anduray, late Tuesday and said they are investigating him for inciting foreign interference and seeking military intervention. The charges are similar to those leveled at 13 leaders of the political opposition arrested in recent weeks.

The police statement said he was also under investigation for “organizing with financing from foreign powers to carry out acts of terrorism and destabilization” and calling for and applauding sanctions against the Nicaraguan government and its citizens. Both are crimes under a law passed in December.

Banpro, part of the Grupo Promerica consortium, is one of the largest banks in Nicaragua. Among its clients are the police and the Social Security Institute.

Since the 2018 protests, the bank has blocked the accounts of at least 31 government officials and Ortega associates who have been sanctioned by the United States. Nicaragua’s congress passed a law in February prohibiting banks from closing such accounts without prior notification.

Rivas Anduray holds a doctorate in economics from Cornell University and has worked for Banpro since 2004. The bank was founded in 1991 and has offices throughout Central America and in the Caribbean.

In a statement Wednesday, Banpro General Manager Juan Carlos Arguello expressed confidence that the situation would be cleared up.

Before joining Banpro, Rivas Anduray held high-level positions in the Central Bank and Finance Ministry during the government of President Enrique Bolaños, who died Monday.

In 2011, he showed up at the newspaper El Nuevo Diario to announce that Banpro had purchased it. The paper closed in 2019 under pressure from the government.

Journalist Letzira Sevilla, who worked at the paper then, said “Dr. Rivas came infrequently to the paper, but we all knew his professionalism and humanity.” She said Rivas Anduray helped pay for her hospital bills last year when she suffered from COVID-19. “I pray there is justice in his case and for all of the political prisoners.”

Rivas Anduray is the 16th person arrested since late May for allegedly committing crimes against the state. Most of the others were potential candidates for the presidential elections on November 7 or opposition party leaders.

His arrest came the same day that the Permanent Council of the Organization of American States approved a resolution condemning the arrests and demanding their immediate release.

Oscar René Vargas, a political analyst who was threatened by the government and fled to Costa Rica in 2018, said the objective of the arrests is to force the United States into negotiations.

Talks would allow Ortega to “win time, give away the minimum to stay in power and achieve the lifting of sanctions on his family and immediate circle,” Vargas said.