No Justice, No Pride: Trans Activists Call for End to Immigration Detention Abuses 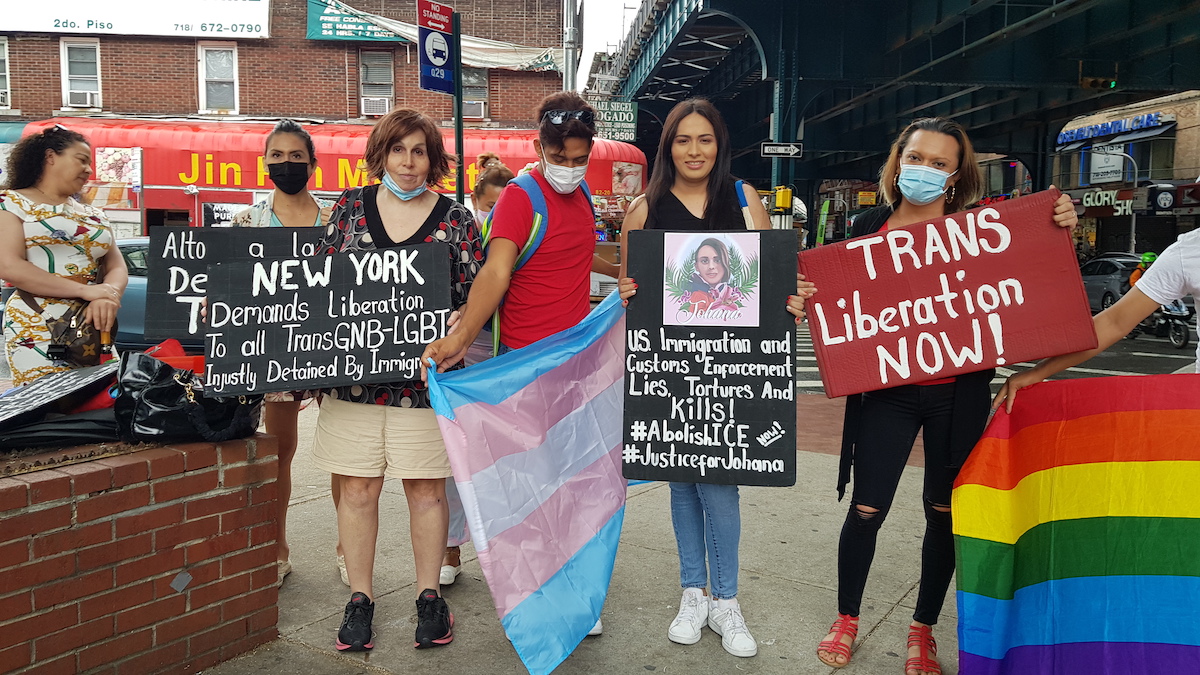 Joaris Hernández was detained in an ICE detention facility in Nevada for 10 months in February last year. Despite being a transgender woman seeking asylum, the 28-year-old Hernández, who is from El Salvador, was locked up in a men’s facility where she claims that she was abused.

“I was the only trans woman and I was with 100 men. They violated my privacy and sexually assaulted me,” Hernández told Latino Rebels.

Last Sunday in New York City, Hernández joined the national No Pride in Detention campaign, which is calling for an end to abuses against the transgender community and to remember Roxsana Hernández, Johana Medina and Victoria Arellano, trans women who have all recently died in detention. 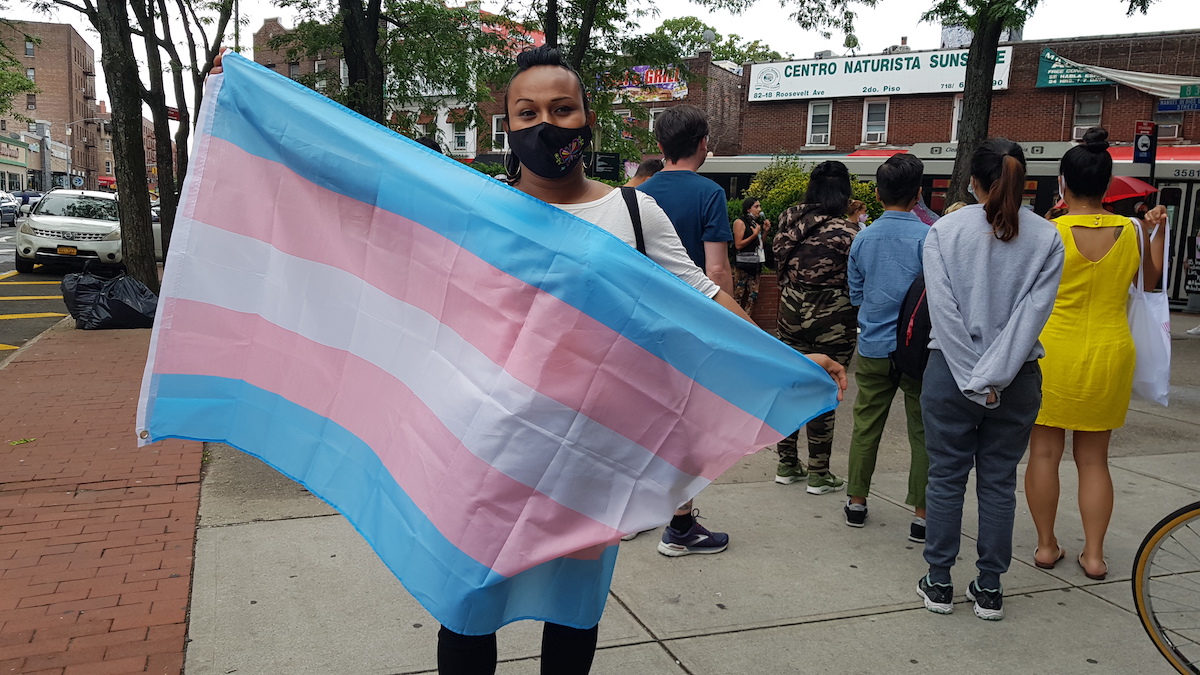 Activists who organized the campaign said that when crossing the border, often escaping violence in their countries, transgender individuals face sexual abuse and the denial of medical services in detention facilities. Trans activists said that especially during this Pride month, they want to remind institutions that they cannot talk about inclusion when the rights of transgender immigrants are still being violated.

“For many people from Latin America, the only place they have to be safe is the United States, and when they arrive here, they find detention centers where basic services are not recognized. It is as if they are being punished. We want to make it clear that ICE is not in a position to have detention centers,” said Elizabeth Chávez, an activist for several organizations including HOPE for TGNGNY.

Hernández defined her experience as “traumatic” and remembered that when she reported that a man in the facility forced her to have oral sex, they isolated her instead of him.

“I was in a punishment cell where they put people who don’t behave well. I was taken out once a week so I could take a shower,” Hernández said.

Like Hernández, there are dozens of transgender immigrants who have experienced abuse in detention. The number is not clear but public allegations show a consistent pattern in how rights are violated in ICE detention centers not just for trans women but also for people who live with HIV. 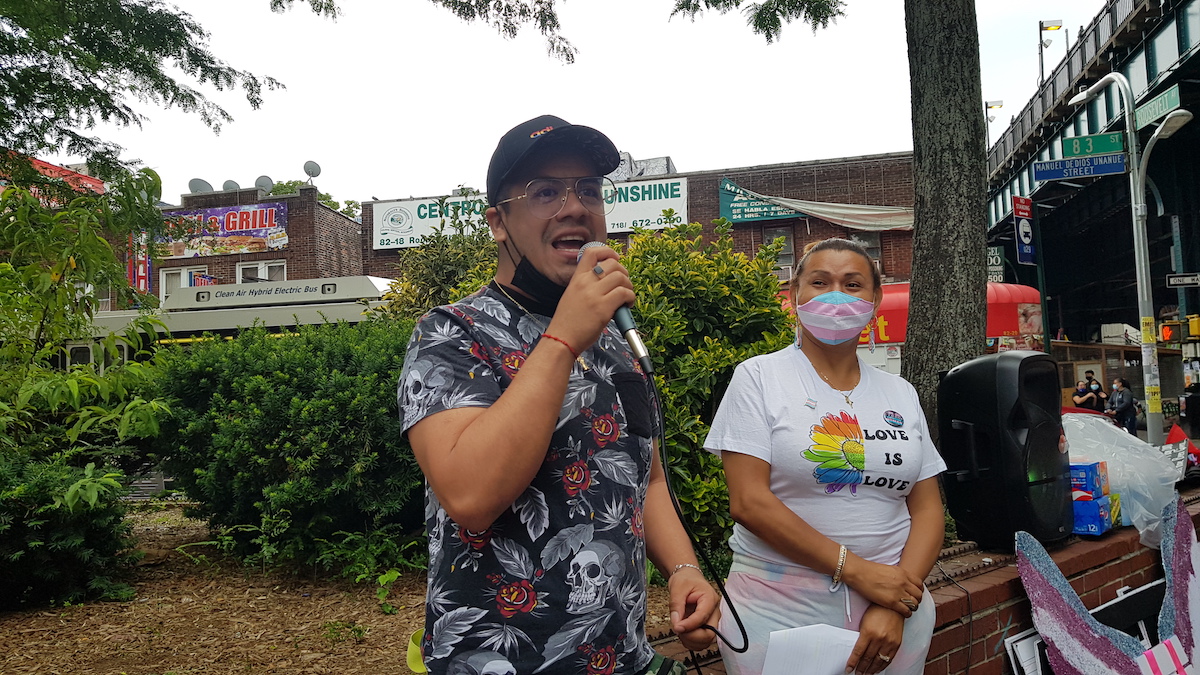 Sheiri Falla, from El Salvador, is HIV-positive and was held in a detention center for two months in 2018. He says there was a time when he had a high fever for days until he collapsed and was taken to the hospital in handcuffs even though his health conditions prevented him from moving.

“Instead of receiving adequate care in a country that has the resources to provide it, they deny you basic services,” Falla said.

During the demonstration that was held at the intersection of 83rd St. and Baxter Ave. —which is named in honor of the late trans activist Lorena Borjas in Queens— the activists sent a message to the Biden administration to close these centers and vowed that they will persist with the demonstrations until not one trans woman is detained.

Francisco Cortés, development director of the Familia: Trans Queer Liberation Movement, who organized the national rally told Latino Rebels they know that the President has all the power to stop the detentions and they want him to keep the promise to protect transgender people. The call is also for corporations.

“Pride is not just about putting up the rainbow for 30 days, it is about speaking out against the unjust detention of transgender immigrants,” Cortés said.

Activists from across the country will march on June 23 in Washington D.C. to keep promoting this message and to pressure the president to take action and recognize these facts.

One response to “No Justice, No Pride: Trans Activists Call for End to Immigration Detention Abuses”