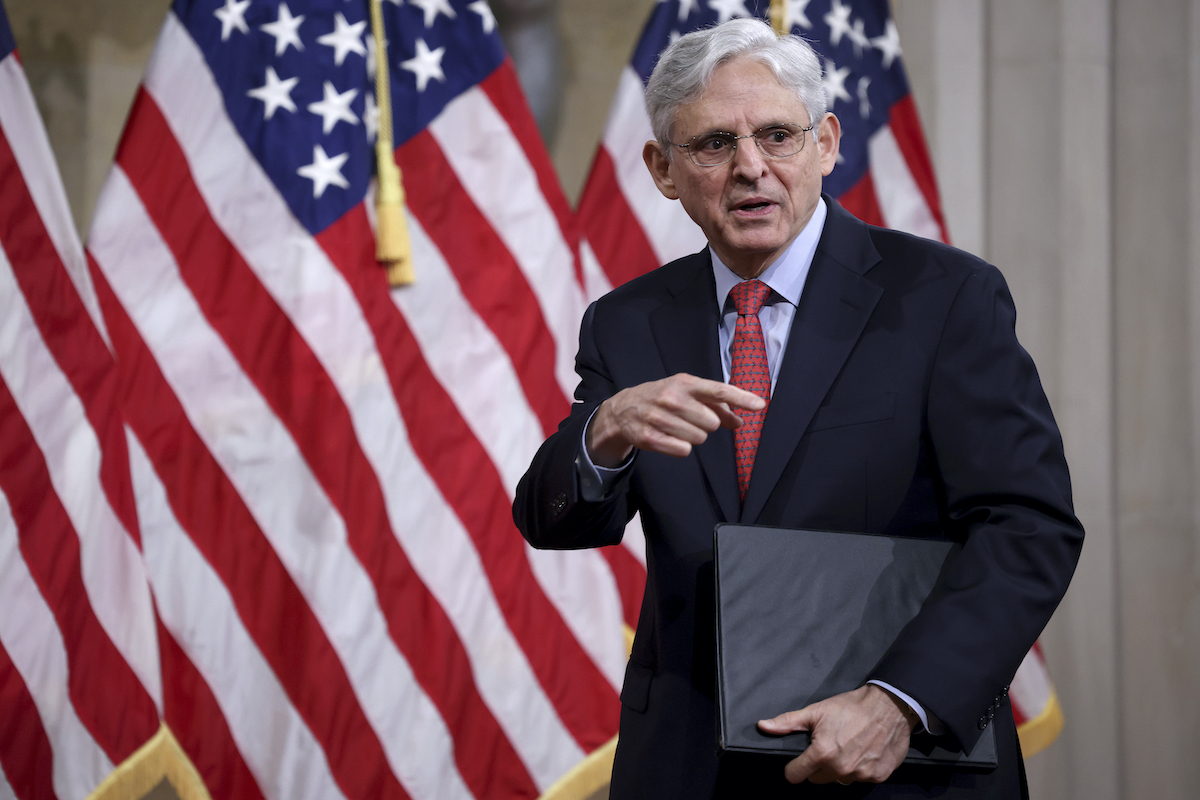 In this Tuesday, June 15, 2021, file photo, Attorney General Merrick Garland departs after speaking at the Justice Department in Washington. The U.S. government has put an end to two Trump administration policies that made it harder for immigrants fleeing violence to qualify for asylum. Attorney General Merrick Garland said Wednesday, June 16, 2021, that immigration judges should no longer follow the rules that made it difficult for immigrants who faced domestic or gang violence to win asylum. (Win McNamee/Pool Photo via AP, File)

The U.S. government on Wednesday ended two Trump administration policies that made it harder for immigrants fleeing violence to qualify for asylum, especially Central Americans.

Attorney General Merrick Garland issued new instructions to immigration judges to stop following the Trump-era rules that made it tough for immigrants who faced domestic or gang violence to win asylum in the United States. He also undid a policy that made it difficult for immigrants to obtain asylum based on threats to a family member.

The moves could make it easier for immigrants to win their cases for humanitarian protection and were widely celebrated by immigrant advocates.

“The significance of this cannot be overstated,” said Kate Melloy Goettel, legal director of litigation at the American Immigration Council. “This was one of the worst anti-asylum decisions under the Trump era, and this is a really important first step in undoing that.”

Garland said he was making the changes after President Joe Biden ordered his office and the Department of Homeland Security to draft rules addressing complex issues in immigration law about groups of people who should qualify for asylum.

Gene Hamilton, a key architect of many of former President Donald Trump’s immigration policies who served in the Justice Department, said in a statement that he believed the change would lead to more immigrants filing asylum claims based on crime and that should not be a reason for protections.

The Biden administration changes come as U.S. immigration authorities have reported unusually high numbers of encounters with migrants on the southern border. In April, border officials reported the highest number of encounters in more than 20 years, though many migrants were repeat crossers who previously had been expelled from the country under pandemic-related powers. The number of children crossing the border alone also has hovered at all-time highs.

Many Central Americans arrive on the border fleeing gang violence in their countries. But it isn’t easy to qualify for asylum under U.S. immigration laws, and the Trump-era policies made it that much harder.

More than half of asylum cases decided by the immigration courts in the 2020 fiscal year were denials, according to data from the Department of Justice’s Executive Office for Immigration Review. Four years earlier, it was about one in five cases.

In the current fiscal year, people from countries such as Russia and Cameroon have seen higher asylum grant rates in the immigration courts than people from El Salvador, Guatemala and Honduras, the data shows.

Immigration judges abide by instructions set by the attorney general, and their courts are within the Justice Department.

In one of the reversals, Garland restored a 2014 case that defined married women in Guatemala who are unable to leave their relationship as a group deserving of asylum, a decision that eased the way for other victims of domestic violence. In 2018, then-Attorney General Jeff Sessions overturned that guidance and added that victims of gang violence also should be largely ineligible, extending the scope to large swaths of non-government actors.

In another case involving a Mexican man who claimed his father was targeted by a drug cartel, Garland reversed a decision by former Attorney General William Barr that said such family ties were insufficient grounds for an asylum claim.

Jason Dzubow, an immigration attorney in Washington who focuses on asylum, said he recently represented a Salvadoran family in which the husband was killed and gang members started coming after his children. While Dzubow argued they were in danger because of their family ties, he said the immigration judge denied the case, citing the Trump-era decision among the reasons.

“I don’t expect it is going to open the floodgates, and all of a sudden everyone from Central America can win their cases. Those cases are very burdensome and difficult,” he said. “We need to make a decision: Do we want to protect these people?’”