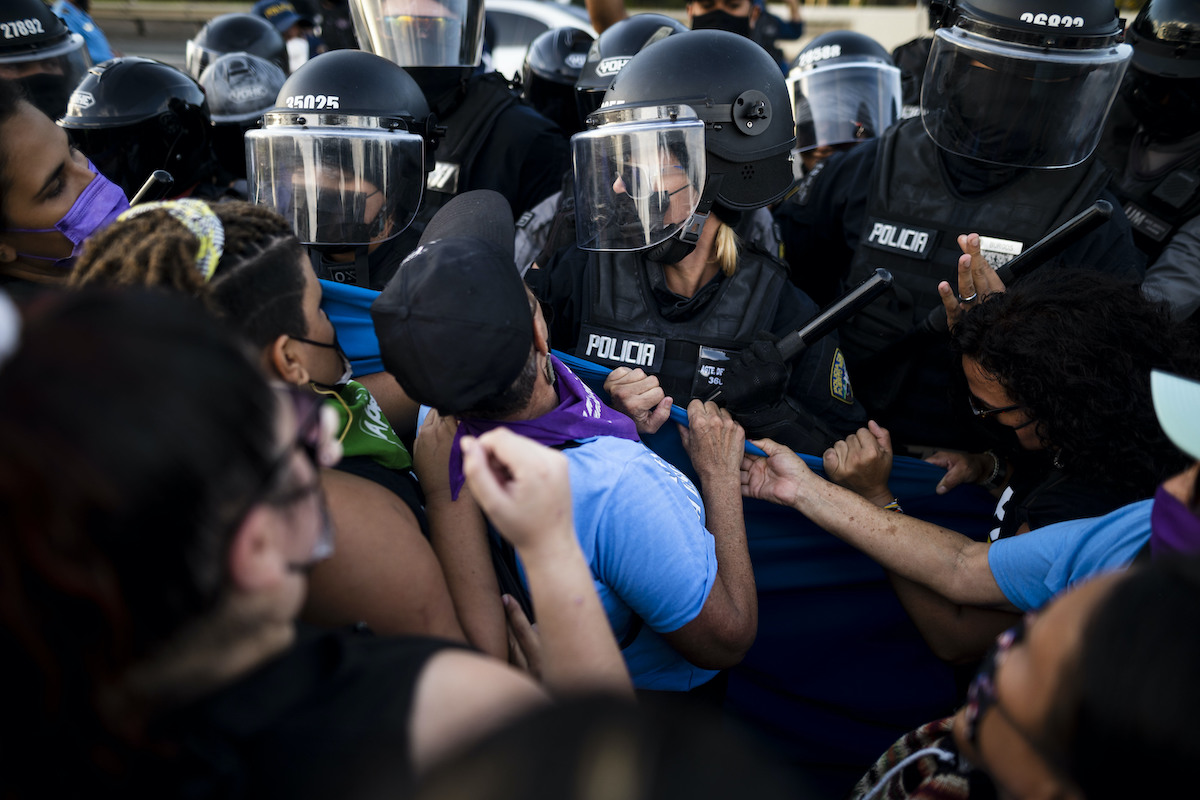 A group of demonstrators face off with police as they block traffic on an expressway, protesting the privatization of power utility services and demanding the government terminate the contract with Luma Energy, in San Juan, Puerto Rico, Thursday, June 3, 2021. (AP Photo/Carlos Giusti)

An open letter signed by more than 100 organizations in Puerto Rico and the Diaspora is calling for President Joe Biden “to take immediate action to avoid the ‘human-made disaster’ and the danger of wasteful use of federal funds that will result from the recent contract between the Puerto Rican government and private energy company LUMA, owned by its parent companies Quanta Services, Inc. and Canadian Utilities Limited,” a Tuesday media release by organizers about the letter said.

At the start of June, LUMA took over Puerto Rico’s public utility, the Puerto Rico Electric Power Authority (PREPA). A 15-year contract with the government “was negotiated behind closed doors with no input from citizens. It is now poised to lock in a climate and cost nightmare for Puerto Rico,” the release noted.

“It is imperative that the federal government heeds the calling of civil society organizations that have been denouncing the terrible negotiation that has taken place in this contract. As it stands, federal funds have become a pawn of private interests that will not attend to our basic necessities in Puerto Rico of a resilient electrical grid and a healthy environment,” said Dr. Adi Martínez-Román, Director of Operations of the UPR Resiliency Law Center.

Organizers said that it was sending the letter to the Biden Administration because “PREPA will pay LUMA to reconstruct Puerto Rico’s grid using billions in federal disaster-relief funds.”

“The signing organizations should be congratulated for this petition to the President because Puerto Rico has the right to a resilient, citizen-based and environmentally sound electricity system and because the risks of the LUMA contract for abusive and windfall profits at the costs of taxpayers monies must be avoided,” said Professor Pedro Saadé, head of the Environmental Law Clinic at the University of Puerto Rico’s School of Law.