US Votes Against UN Resolution Condemning Embargo on Cuba 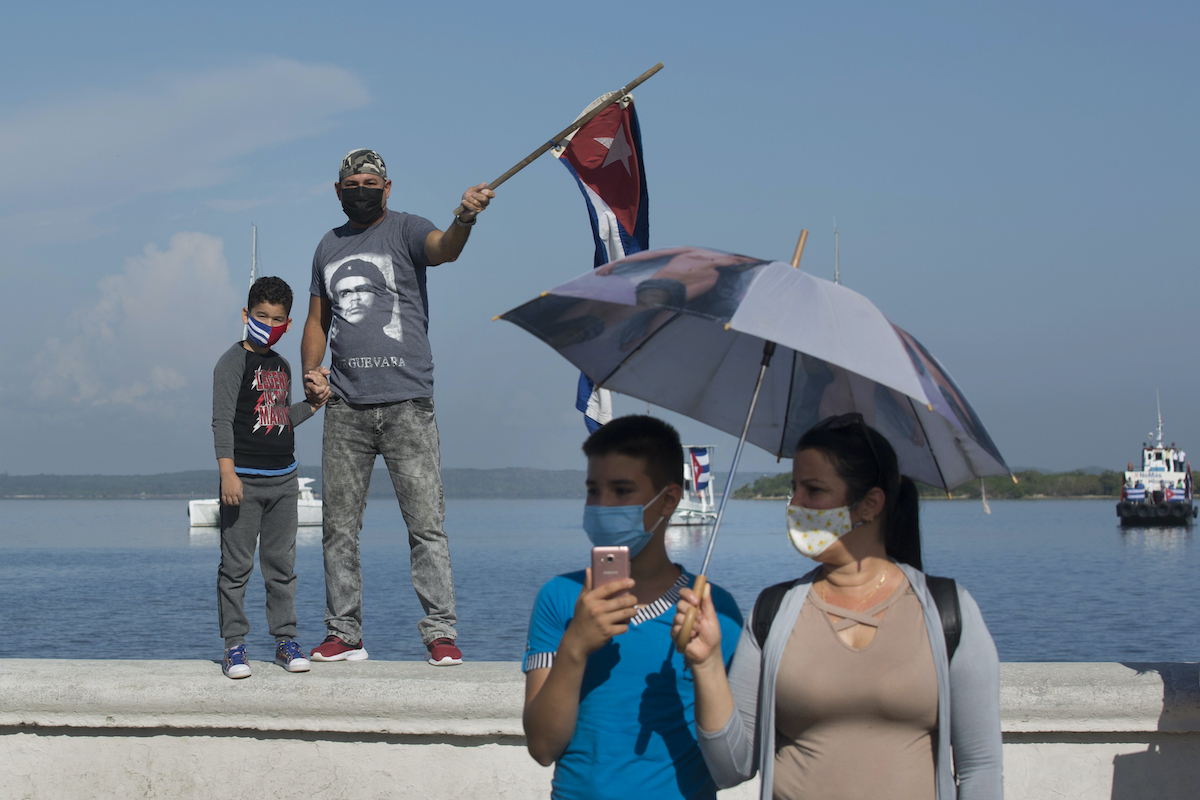 People wearing masks against the spread of the new coronavirus take part in a rally in protest of the United States embargo against Cuba, in Cienfuegos, Cuba, Sunday, May 30, 2021. (AP Photo/Ismael Francisco)

UNITED NATIONS (AP) — The United States voted against a U.N. resolution Wednesday that overwhelmingly condemned the American economic embargo of Cuba for the 29th year, maintaining the Trump administration’s opposition and refusing to return to the Obama administration’s 2016 abstention.

The vote in the 193-member General Assembly was 184 countries supporting the condemnation, the United States and Israel opposing it, and three countries abstained. Four countries did not vote.

Before the vote, the U.S. Mission’s political coordinator, Rodney Hunter, told the assembly that the Biden administration voted “no” because the United States believes sanctions are key to advancing democracy and human rights which “remain at the core of our policy efforts toward Cuba.”

“Sanctions are a legitimate way to achieve foreign policy, national security, and other national and international objectives,” Hunter said, “and are one set of tools in our broader effort toward Cuba to advance democracy, promote respect for human rights, and help the Cuban people exercise the fundamental freedoms enshrined in the Universal Declaration of Human Rights.”

“We therefore oppose this resolution,” he said.

The General Assembly’s last vote in November 2019, during its 74th session, was 187-3 with the U.S., Israel and Brazil voting “no,” and Colombia and Ukraine abstaining. The assembly’s 75th session began in September 2020, but because of the COVID-19 pandemic, the vote on the Cuba resolution was postponed from last fall to Wednesday.

General Assembly resolutions are not legally binding and are unenforceable, but they reflect world opinion and the vote has given Cuba an annual stage to demonstrate the isolation of the U.S. on the embargo.

It was imposed in 1960 following the revolution led by Fidel Castro and the nationalization of properties belonging to U.S. citizens and corporations. Two years later it was strengthened.

Former Cuban President Raúl Castro and then-President Barack Obama officially restored relations in July 2016, and that year the U.S. abstained on the resolution calling for an end to the embargo for the first time. But Obama’s successor, Donald Trump, sharply criticized Cuba’s human rights record and in 2017 the U.S. again voted against the resolution.