OPINION: What Racists Don’t Want Us to Know 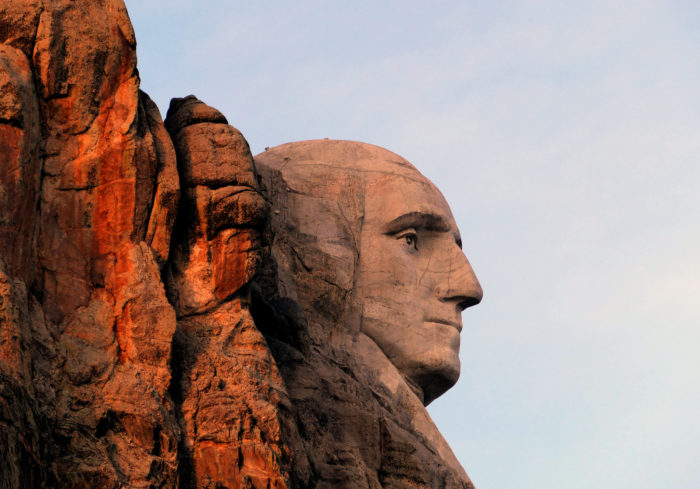 This article was originally published by MANO

When I was a kid, I learned in school that the Lincoln-Douglas debates were intellectual tours de force of democracy in action. But I didn’t hear that Stephen Douglas argued that “this government was made on the White basis, by White men, for the benefit of White men and their posterity forever, and should be administered by White men and none others.”

I also learned that Charles Lindbergh was a hero who exemplified can-do American spirit. But I didn’t hear that he fraternized with Nazis, extolled anti-Semitism, and embraced a bizarre scientific theory that White men should be made immortal so that they could rule for all eternity.

And I believe the Trail of Tears was mentioned once in passing.

You get the idea. I received what was regarded as a well-rounded education. Unfortunately, it was just slightly full of bigoted bullshit.

Today, the movement to teach a more balanced—and more accurate—perspective of history is symbolized by critical race theory, an academic concept that says racism is “a social construct, and that it is not merely the product of individual bias or prejudice, but also something embedded in legal systems and policies.”

But whenever some meddling intellectual points out an indisputable truth—such as the fact that our suburbs were “primarily designed to provide housing to White families”—it gets loud in America.

And that’s happening right now. Across the nation, conservative pundits are losing their absolute shit about critical race theory, and wild-eyed parents are shrieking that their kids might actually learn in school that President Eisenhower “used military-style tactics to remove Mexican immigrants—some of them American citizens—from the United States,” as part of the colorfully named Operation Wetback.

Wow, we definitely don’t want innocent children to know that. It’s much better to continue “whitewashing historical narratives” and teach kids that America is flawless. After all, that approach has worked great, and Americans are happier, more knowledgeable, and more united than ever before.

In any case, the hysteria over critical race theory is another example of how many Americans, particularly White conservatives, don’t want to acknowledge this country’s traumatic origins, problematic present, or disconcerting future when it comes to racism.

Part of this is because it’s just so damn depressing. But more likely, it is because studies have shown that whenever White Americans “feel that their whiteness is negatively associated with privilege,” they usually react in one of three ways.

First, they might “work to dismantle the systems that sustain White privilege.” But research shows that this is “the least preferred strategy for most White Americans.”

OK, so we shouldn’t count on that.

The second option is that they can “distance themselves from their whiteness.” However, I’m unclear how one does this without appropriating another culture and, for example, claiming that you’re Latina when you are clearly not. So it’s a delicate balancing act at best.

The third option is to simply deny that inequality exists.

According to this group, everything is fine, or it would be if all those liberals would just shut the hell up about racism.

It’s difficult to ascertain if this attitude is a sad delusion, faulty self-defense mechanism, or conscious denial. Regardless, many commentators call it White ignorance, which can be defined as an effort “to re-center the White supremacist historical fable” that slavery, genocide, bigotry, Jim Crow, and all the other systemic aspects of racism “were unfortunate—but inconsequential—events in an America of full equality of opportunity, where any difference between the races could only be a result of … White superiority.”

So those crowds of all-White parents at local school board meetings who are shouting that critical race theory will cause ethnic minorities to target their children? Well, in addition to being ignorant, fearful, and hate-filled, they are also admitting that by “merely telling the whole story and including all the facts, the long and carefully maintained narrative of White innocence” would be disrupted, shattering their worldview that racism is dead. And then they might even have to acknowledge their privilege and complicity. And that is way, way too upsetting.

Of course, it doesn’t stop at the elementary school level. Many GOP-led states want to prohibit teens in high school from reading that most menacing of alternative viewpoints, the 1619 Project. According to conservatives, the Pulitzer Prize-winning, multimedia collaboration teaches “young people—the White ones, at least—to hate themselves for the unforgivable sins of their ancestors.”

As for college kids, Republicans insist that university students need “to be taught about loving America,” even if it means forcing them to do so. Yes, the rest of us might believe that college is about learning how to think critically and form your own opinions. But no, the point of college is apparently to shun disturbing historical facts and embrace blind obedience. Oh, and to dabble with White supremacy—that’s on the conservative agenda as well.

Unfortunately, the moral panic about teaching American history’s dark side never ends. We’ve seen multiple generations of conservatives trying to “warp the facts into a narrative that reassures them of their essential virtue, and subsequent generations discovering that what they were taught was but a bedtime story.”

In the long run, it doesn’t work. Eventually, the truth comes out.

So who is Daniel Cubias, a.k.a. the ‘Hispanic Fanatic’? Simply put, he has an IQ of 380, the strength of 12 men, and can change the seasons just by waving his hand. Despite these powers, however, he remains a struggling writer. For the demographically interested, the Hispanic Fanatic is a Latino male who lives in California, where he works as a business writer. He was raised in the Midwest, but he has also lived in New York. He is the author of the novels ‘Barrio Imbroglio‘ and ‘Zombie President.’ He blogs because he must.

3 responses to “OPINION: What Racists Don’t Want Us to Know”