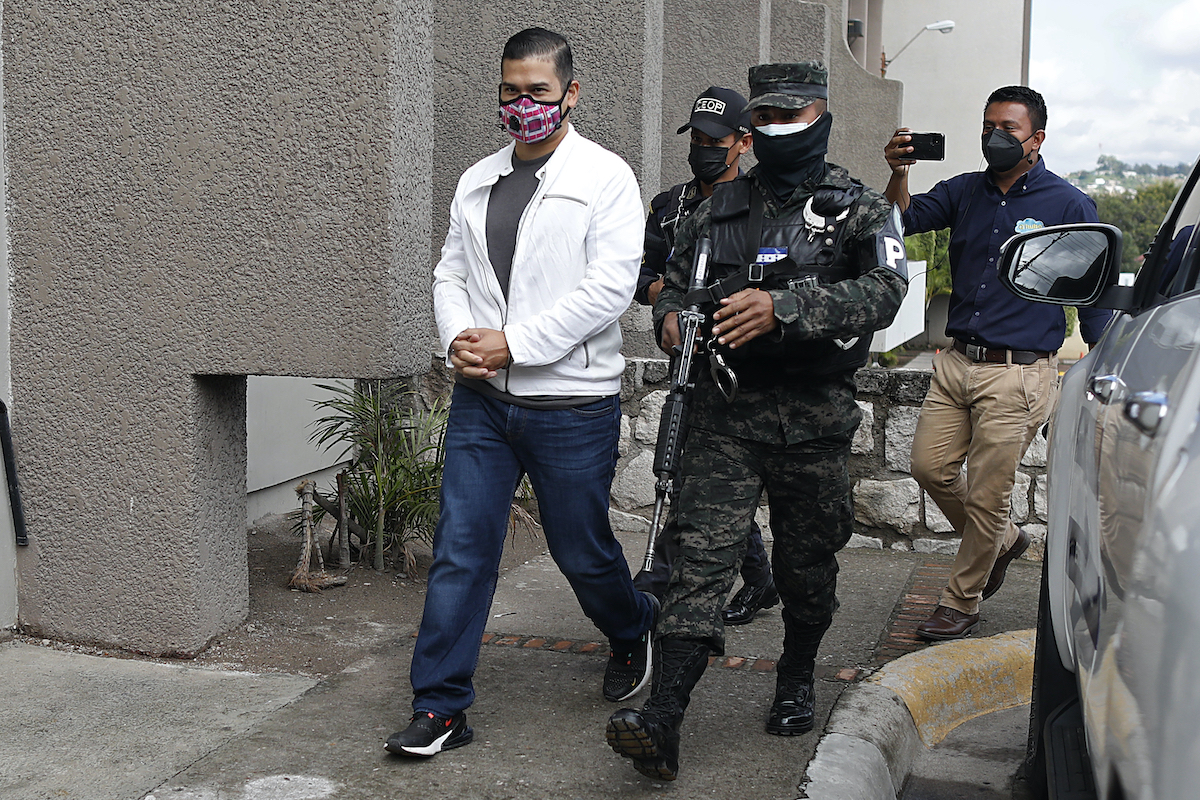 Roberto David Castillo Mejía is escorted by penitentiary police to hear the verdict by the Supreme Court in his trial connected to accusations that he is one of the intellectual authors responsible for the murder of environmentalist and Indigenous rights activist Berta Cáceres, in Tegucigalpa, Honduras, Monday, July 5, 2021. (AP Photo/ Elmer Martínez)

TEGUCIGALPA, Honduras (AP) — A Honduran man was convicted of homicide Monday in the 2016 killing of Berta Cáceres, a prize-winning environmental and Indigenous rights defender.

After a three-month trial, the court unanimously found Roberto David Castillo Mejía guilty of participating in the killing of Cáceres, a member of the Lenca Indigenous group who led opposition to a dam project in which Castillo Mejía was involved.

The court will convene on August 2 to determine a sentence, which could be between 24 and 30 years. Castillo Mejía, who prosecutors say masterminded the killing, will remain jailed at an army base until sentencing.

At the time, prosecutors said the killers acted on behalf of a company, Desa, that was building a dam being opposed by the activist. Castillo Mejía, who heads the project, was arrested in 2018.

Castillo Mejía allegedly paid the hitmen, gave logistical support and provided resources to those already convicted, according to prosecutors.

Cáceres was a co-founder of the National Council of Popular and Indigenous Organizations of Honduras. She helped organize opposition to the Agua Zarca dam project, which was to be built on the Galcarque River. The river holds spiritual importance for the Lenca people as well as being a critical source of water. The dam project remains frozen.

Cáceres won the prestigious Goldman Prize for her environmental activism in 2015. She was slain at her home in La Esperanza on March 3, 2016. A Mexican activist who was there with her also was shot, but survived.

One response to “Mastermind in 2016 Killing of Berta Cáceres Convicted”