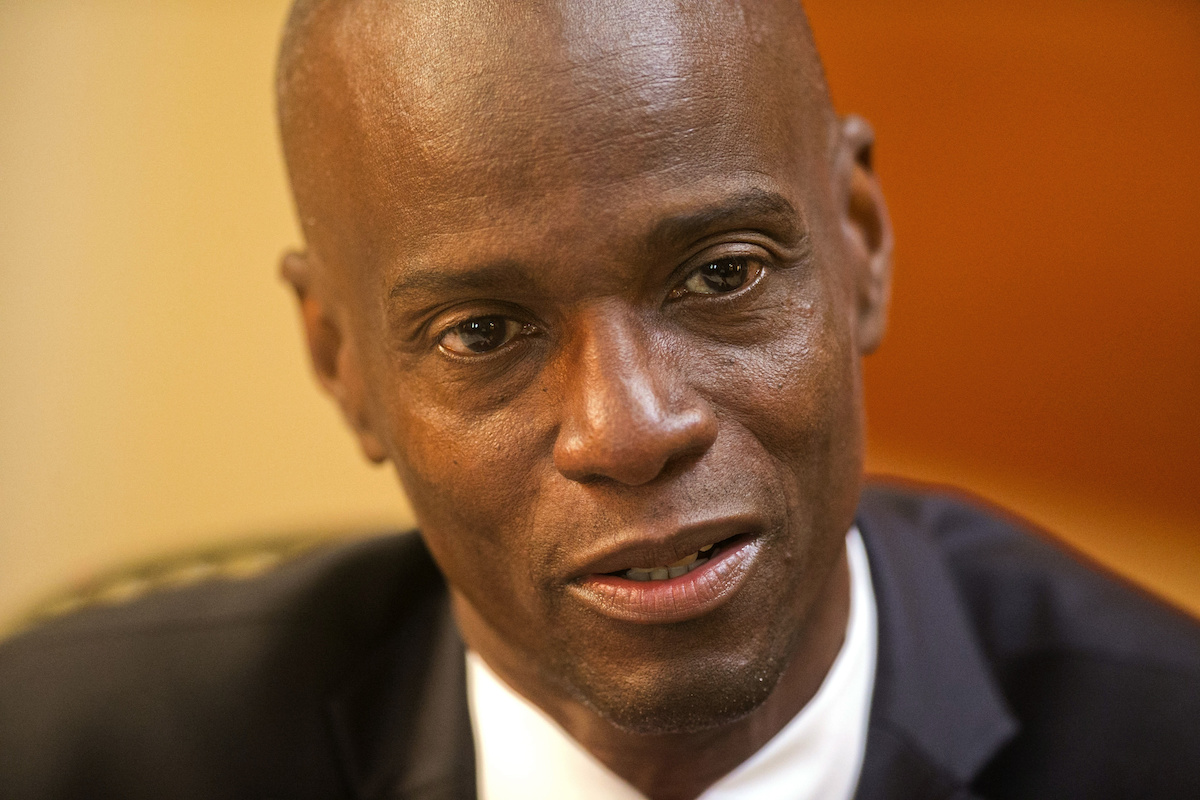 In this February 7, 2020 file photo, Haiti’s President Jovenel Moïse speaks during an interview in Petion-Ville, a suburb of Port-au-Prince, Haiti. Moïse was assassinated after a group of unidentified people attacked his private residence, the country’s interim prime minister said in a statement Wednesday, July 7, 2021. (AP Photo/Dieu Nalio Chery, File)

In response to the Wednesday assassination of Haiti president Jovenel Moïse, the UndocuBlack Network has called on the Biden Administration “to immediately publish the Haiti TPS redesignation in the Federal Register so that eligible Haitians may apply for protection as well as halt the detention, deportation, or expulsion of all Haitian nationals to imminently deadly conditions,” a media release noted.

The release also urged the Biden Administration “to halt removal proceedings against Haitians and grant the entry of Haitians seeking protection at the U.S. border. ”

“We come to President Biden, Secretary [Alejandro] Mayorkas, Ambassador [Susan] Rice and Advisor [Jake] Sullivan in great fear for the people of Haiti after the assassination of President Jovenel Moïse, ” said Haddy Gassama, UndocuBlack’s Director of Policy and Advocacy. “For months, members of the Haitian community and advocates highlighted the rapidly worsening conditions of violence in the country. The administration itself has acknowledged the gravity of the social and security concerns in Haiti when the redesignation of Temporary Protected Status (TPS) was granted to Haiti in May.”

The release referred to an open letter issued and signed by several organizations on July 7. That letter is calling for halting any expedited removals of Haitian nationals and a stop of all deportations to Haiti.

“As recently as July 6, a deportation flight took off from Alexandria, VA to Port Au-Prince carrying Haitian nationals. Rather than taking the historically anti-Black hardline stance on immigration from Haiti and other regions coping with violence, policymakers must prioritize protecting rather than re-traumatizing asylum seekers from Haiti,” Gassama said in the release.

“As policymakers, international aid organizations and the administration seek ways to support Haiti, we urge them to work closely and consider the voices of local Haitian human rights advocacy groups such as Haitian Bridge Alliance, who work closely and directly with the impacted Haitian communities in the U.S. Now is not the time to stay on the course of xenophobic immigration enforcement policies like Title 42. Instead, it is the time to listen with compassion and act to protect rather than harm,” Gassama added.