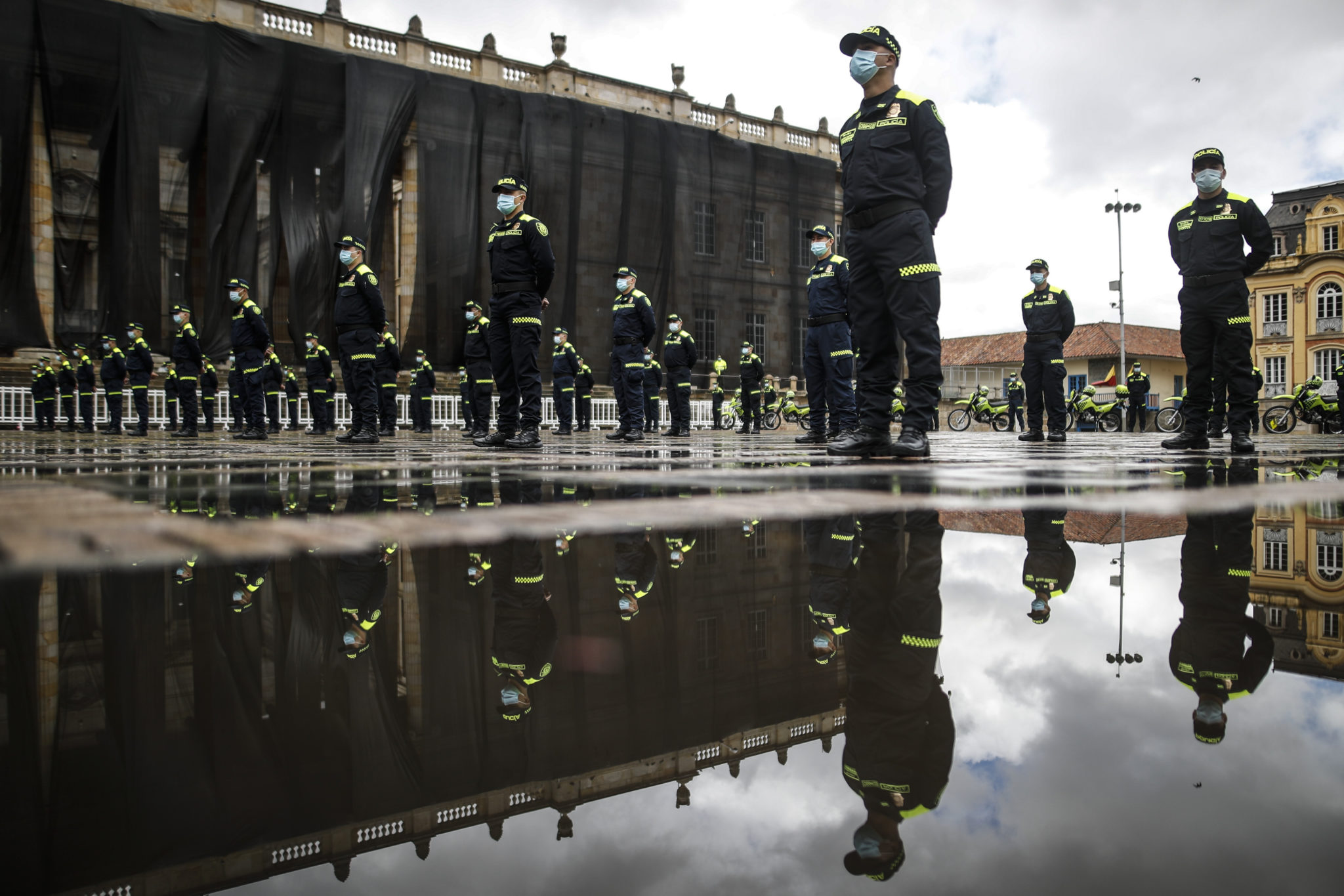 BOGOTÁ, Colombia (AP) — Colombian President Iván Duque on Monday announced reforms to the nation’s police forces that are meant to improve accountability and decrease human rights abuses, following weeks of protests in which officers were accused of killing at least two dozen demonstrators.

Speaking in a courtyard, flanked by police officers, Duque said that the government will create a human rights directorate that will report to the nation’s police chief, and will be led by a retired colonel.

The new department will gather complaints from citizens and produce two reports each year on human rights issues, Duque said.

In addition, officers and junior officers will be obliged to take a new course on human rights, and the police will toughen sanctions against those who commit abuses. The nation’s mobile riot squad —which was implicated in many of the violent actions against protesters during May’s demonstrations— will also have to undergo a new course on human rights.

The reforms come as human rights groups criticize Colombia’s police for using excessive force during large protests that began on April 28 and lasted until mid-June.

According to Human Rights Watch, credible evidence exists linking police officers to the deaths of 25 demonstrators who were shot with firearms or killed with crowd control devices like tear gas canisters. In a report issued in June, the organization also pointed out that at least one protester was beaten to death by police, and recommended that the government place the police under the Interior Ministry to increase civilian oversight.

Currently, Colombia’s police is overseen by the Defense Ministry and officers who commit crimes on duty are often judged in military tribunals. The reforms announced by Duque are not as far-reaching as those proposed by Human Rights Watch and other international organizations like the Inter-American Commission for Human Rights. But the president said they are part of a “wholesome effort” to improve policing.

The government also announced that at least 11,000 officers who work on neighborhood patrols will have to wear body cams.

The nation’s police forces will also trade traditional green uniforms for navy blue uniforms that are aimed to emphasize their role as a civilian force. The new uniforms display each officer’s license number and a QR code that can also be used by citizens to identify officers.

During Colombia’s armed conflict, police were often deployed to fight drug traffickers and rebel groups and sometimes participated in joint operations with the army. Experts believe that this kind of training has led them to be more violent towards protesters, who have sometimes attacked police with stones and homemade bombs.