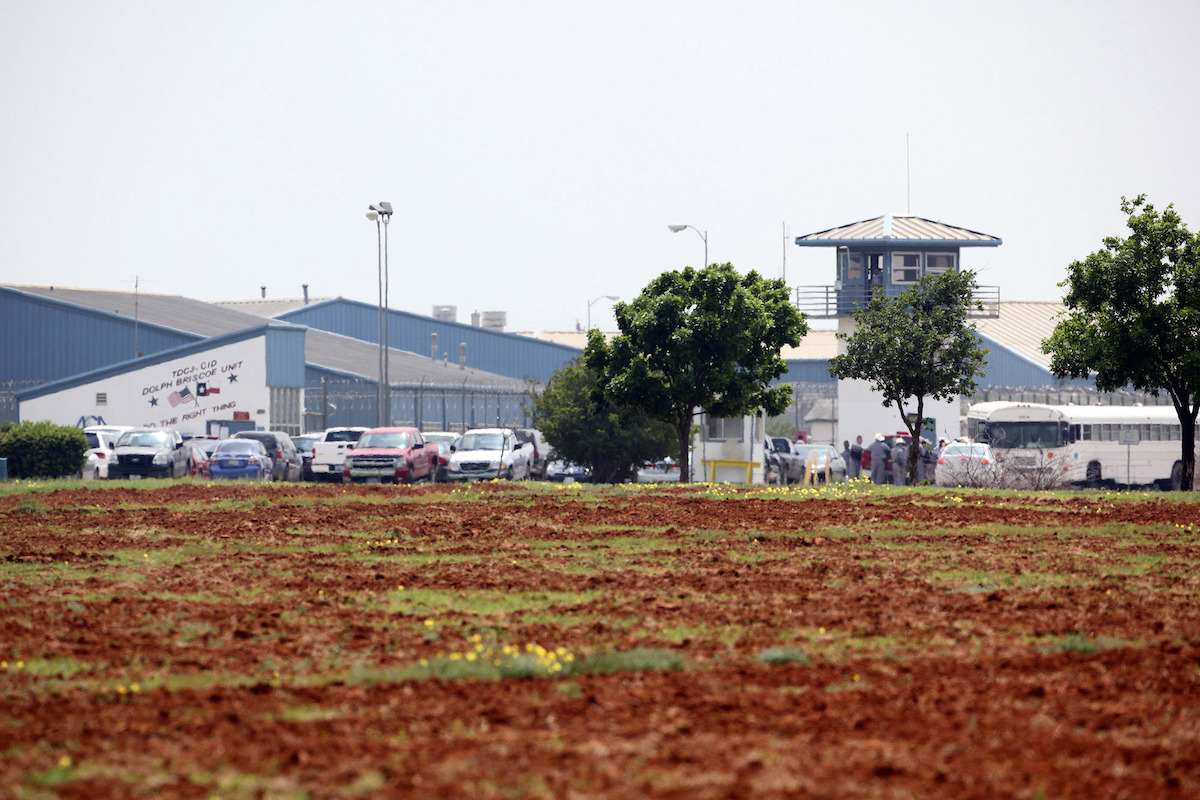 This April 6, 2010 file photo shows the Dolph Briscoe Unit correctional facility in Dilley, Texas. The state is beginning to arrest and jail migrants who cross the U.S.-Mexico border on state charges such as trespassing, putting at least 10 suspects so far this week into the former state prison that can hold up to 1,000 inmates, officials said Thursday, July 22, 2021. (Tom Reel/The San Antonio Express-News via AP)

AUSTIN, Texas (AP) — Texas is beginning to arrest migrants on trespassing charges along the U.S.-Mexico border as part of Republican Gov. Greg Abbott’s actions that he says are needed to slow the number of border crossings, jailing at least 10 people so far with more on the way, authorities said Thursday.

The arrests put in motion plans that Abbott first announced in June, when he also said that Texas would continue building former President Donald Trump’s border wall and called on other governors to deploy law enforcement and National Guard members to the southern border.

The detainees are being held at what had been an empty state prison in Dilley, Texas, about 100 miles (160.93 kilometers) north of the border city of Laredo, said Robert Hurst, a spokesman for the Texas Department of Criminal Justice. He said the converted facility will be able to hold more than 950 people.

All of those arrested so far have been single adult men, according to Val Verde County Attorney David Martinez, who said he was advised last week that the number of migrant arrests could increase to as many as 100 or 200 per day. Such large numbers, he said, “would overwhelm not only my office, but our entire system pretty quickly.”

Most land along the southern Texas border is private, but Martinez said his understanding was that state troopers would not arrest family units. Last week, U.S. officials reported that they had encountered 55,805 members of families with children in June, which was up 25% from the previous month. That figure still remains far below the high of 88,587 in May 2019.

“If John Doe is caught on my property and he has his wife and his children with him, chances are he’s not going to be arrested,” Martinez said. “That’s what’s been represented to me.”

A spokesman for the Texas Department of Public Safety did not immediately return a message Thursday.

Val Verde County, which has around 50,000 residents, has become the backdrop of Abbott’s criticism of President Joe Biden over the border as the two-term governor, who is up for reelection in 2022, has sought to take Trump’s mantle on immigration. He returned to the county last weekend along with Florida Gov. Ron DeSantis and other officials, including Florida Attorney General Ashley Moody, who tweeted this week that she had tested positive for COVID-19.

“The state jail commission has worked out a way to jail far more people that are currently being jailed,” Abbott said during his visit on Saturday.

But the largest Texas counties along the southern border, where crossings are typically the highest, have rejected Abbott’s offer to heighten enforcement and accept disaster declarations, which governors typically only grant during events like hurricanes or wildfire.

Migrants arrested by state troopers for trespassing first began showing up to the former prison on Tuesday. Prison officials said in a statement said that preparations for the facility included temporary air conditioning —which many Texas prisons don’t have in living areas— and training and licensing jailers.

Since first announcing earlier this summer that Texas would begin charging migrants with state crimes, Abbott has said law enforcement would not be involved in “catch and release” and said those arrested would spend time behind bars. But Martinez said he would handle the cases the same as usually does, which typically means offering time served.

“My office is working really hard to try to minimize the amount of time that they have to sit in that jail,” he said.