Where Are the Missing Protesters in Colombia? 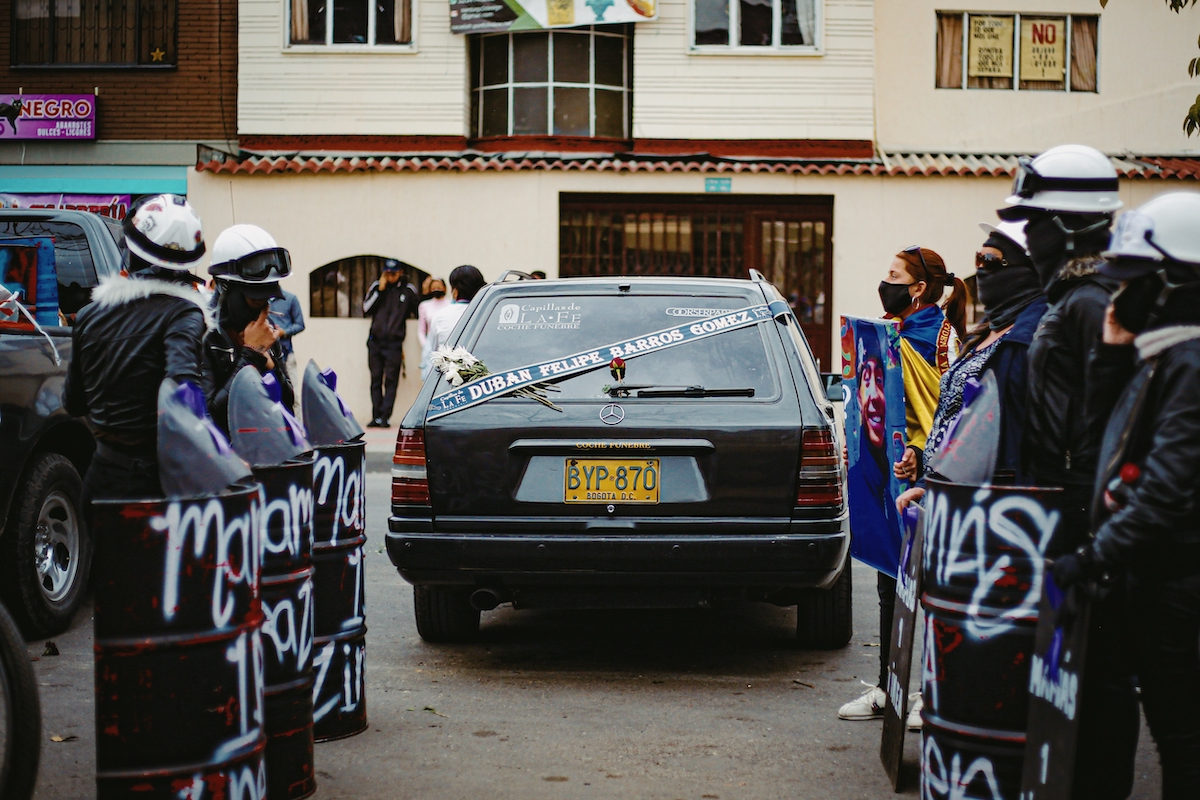 During the funeral of Duván Felipe Barros, July 14, 2021 (Photo by Daniela Diaz)

BOGOTÁ, Colombia — Seventeen-year-old Duván Felipe Barros, a rap singer and college graduate student from Bogotá, was last seen at the June 5 protests. After a month of being missing, his body was identified in a local Legal Medicine morgue.

His mother Dolores Barros spent a long period of suffering to find her son. She looked for him in hospitals, cemeteries and police stations. One of the only clues came from an acquaintance of his son, who later did not want to speak again: “Madam, the Police, and ESMAD were at the portal. They put Duván on a truck.”

Fear is stronger in Colombia.

The office of the country’s attorney general says that there are no “formal complaints” about cases of disappearances in the framework of the protests, but of “people not located.”

The prosecutor’s office estimates about 63 cases of “not located” with court cases pending.

One of them was Duván Felipe Barros.

For human rights organizations, the “not located” concept is a euphemism. The number of missing people is in the hundreds. A recent Human Rights Everywhere’s report noted the following: “[In Colombia], a criminal figure that we thought was eradicated has returned: the arrest-disappearance. That is when the police or military authorities arbitrarily and/or illegally capture a person and keep him or her without informing of their whereabouts.”

Duván’s body was found in a nearby sewer at the place of the demonstrations a day after his disappearance, but it took a month to be officially identified by the Legal Medicine morgue. The report says that he died by drowning. Police deny any involvement.

“He had bumps on his head, on his face… he was not a vandal as has been said. He was protesting peacefully. He was at the hands of ESMAD at 8 at night. Friends said that they took him away. The Police said there were no demonstrations that night, but there were,” Dolores Barros told local media. 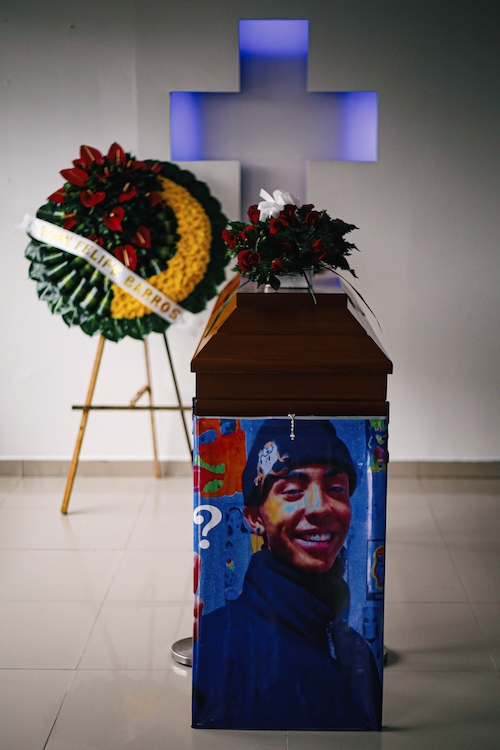 Social organizations believe that hundreds of people have disappeared during the protests. According to these organizations, there are several reasons why official information is not being reported.

Adriana Arboleda, who represents MOVICE (Movimiento Nacional de Víctimas de Crímenes de Estado) explains that “transfer for protection” figures are being abuses and that there is plenty of evidence of arbitrary, illegal detentions.

Another missing young man, David Cuervo, 24, was also found dead in a sewer almost a month later from the initial protests. His mother had to wait five hours despite being the first in line in the office where she could file a formal complaint.

Other reasons include Impunity and the failure to comply with the recommendations made by the United Nations.

During the National Strike, according to Arboleda, civilians were mobilized to arbitrarily detain protesters. These operations happened late at night and took advantage of negligence from the Public Ministry. 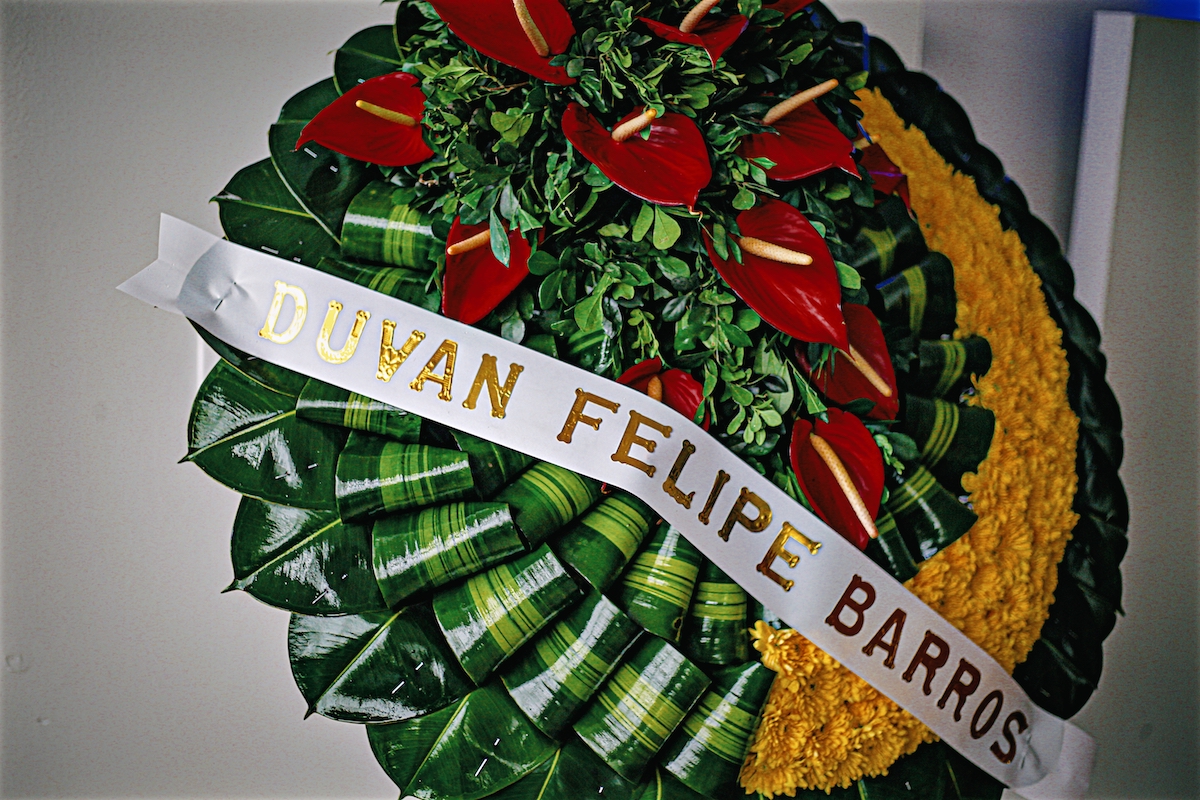 Such tactics are not new in Colombia—a country that saw more than 80,000 disappeared during the long armed conflict.

“This is basically due to the fact that it is a crime that has been surrounded by all impunity. There are no sanctions for those responsible, and only in very recent years have mechanisms been created to search for people, carry out exhumations and identify them,” Arboleda says.

Gabriela Espejo, who came to Colombia from Mexico with an international human rights oversight mission, says that there are serious institutional problems in the country. The Office of the Prosecutor does not activate the urgent search mechanism in time, within the first 72 key hours to find a person.

“There are cases where it took up to three weeks to lift the urgent search,” Espejo notes.

It is as if they don’t want to find them.

Dozens of protesters came to Duván’s funeral—their faces covered to protect their identity. They accompanied the procession from a church to the El Apogeo cemetery.

In front of the hearse, a relative carried a large photo of the young Duván. Members of the First Line of Patio Bonito —a neighborhood of low-income families— escorted the vehicle.

During the month of the search, Dolores used social networks, went to military garrisons, and even paid a reward to some scammers who posed as members of a guerrilla who claimed to have her son. 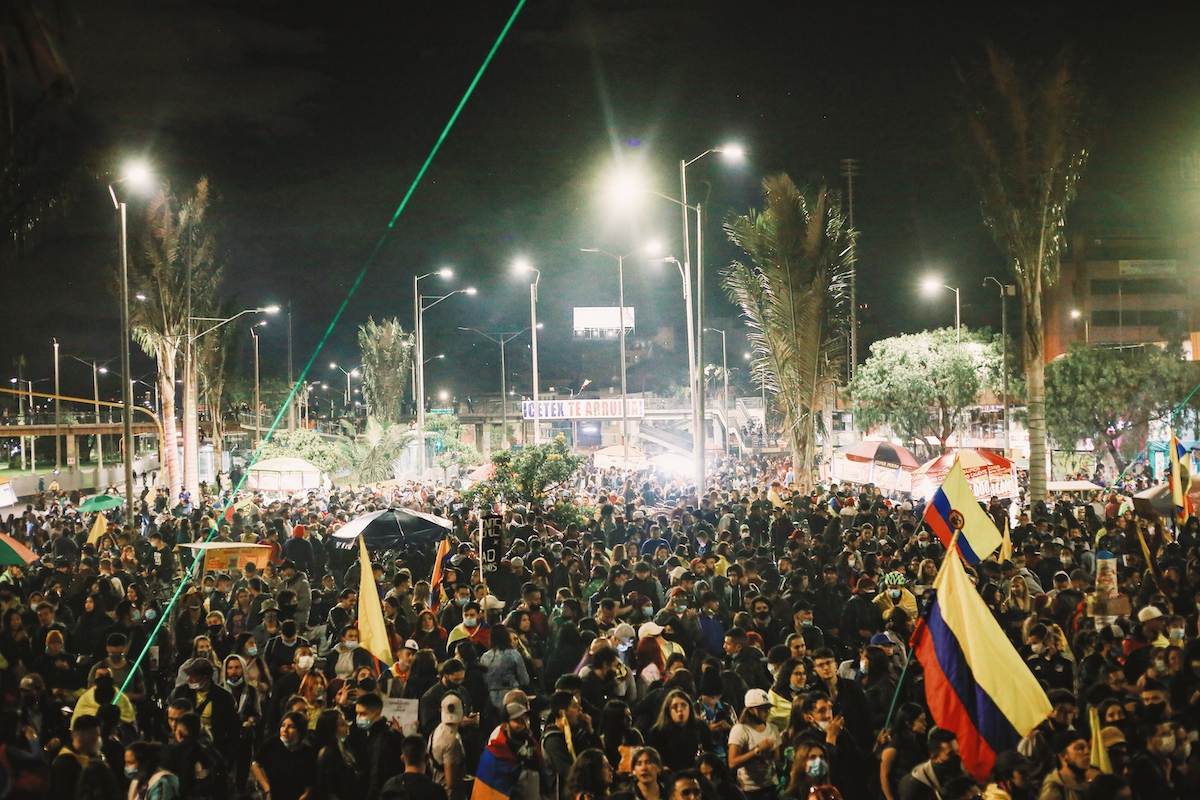 “I won’t be late,” is what Duván said to Dolores’ sister-in-law, the day he decided to go out and support the protest.

His family never saw him again.