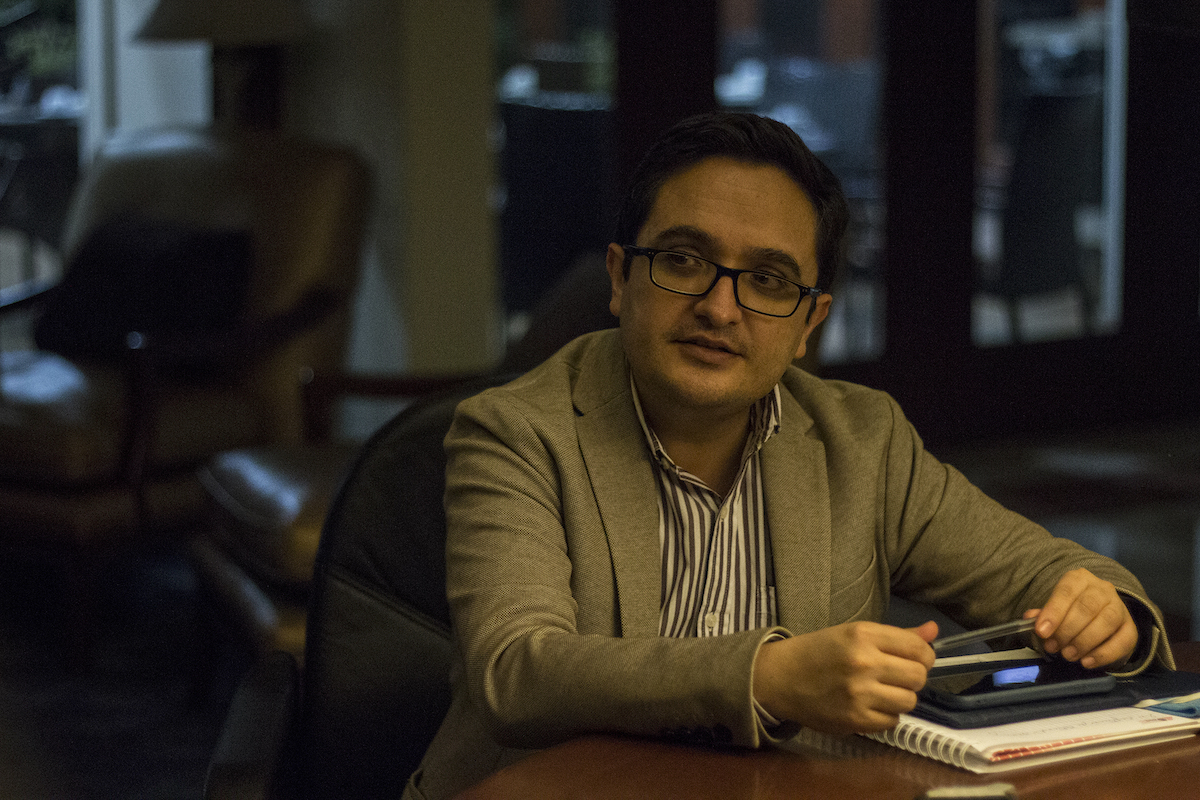 “Things are going sideways in Guatemala, and I need help for prosecutor Juan Francisco Sandoval. He’s leaving Guatemala. They’re going to clobber him if he stays.”

That was the urgent message an associate of the Guatemalan former anti-corruption prosecutor sent to an El Faro reporter on Friday night. The person who sent the message is close to Sandoval, and has long been a source for this newspaper.

As a newspaper, El Faro does not have procedures or resources to help threatened officials leave their countries, so, in response to the urgent request for help, it made a few phone calls to local NGO representatives. Soon thereafter, in the dead of night, the Swedish ambassador’s diplomatic car carried Sandoval past Guatemalan customs checkpoints (to avoid turning over Sandoval for potential arrest) and into El Salvador. A few hours later he took a flight to an undisclosed location.

Before leaving, Sandoval sat down with El Faro’s Carlos Martínez and Gabriel Labrador in a San Salvador hotel for an extensive interview, in which he reflected on his firing and the turbulent few hours before and during his flight from the country.

“Accusations, no matter how spurious or stupid they may be, have become a tool for controlling officials,” Sandoval told Martínez and Labrador. He described a “complete regression in the justice system,” and saw the Public Prosecutor’s Office as having been turned into “the Executive’s doormat.”

“The Giammattei government’s best employee is Consuelo Porras,” Sandoval said, referring to the attorney general who fired him.

Read the full story of how Sandoval fled Guatemala in El Faro’s interview, released in this newsletter.

The day after Sandoval’s firing and subsequent flight, the public square outside Guatemala City’s presidential residence, the Plaza de la Constitución, filled with protestors calling for President Giammattei and Attorney General Porras to resign. They were the biggest protests since November 2020, when demonstrators sparred with riot squads and briefly set the Guatemalan Congress on fire to protest the government’s pandemic response.

That same day, Saturday, two influential grassroots organizations called for a national strike the coming week: the nationally influential 48 Cantons of Totonicapán, the Indigenous governing body of the municipality of the same name; and the Campesino Development Committee (CODECA), the political home to third-place 2019 presidential candidate Thelma Cabrera.

“We’re going to back the national strike [convened by the 48 Cantons of Totonicapán] as students and representatives,” student leader Andrés García, deputy secretary-general of the University Students’ Association (AEU) at Universidad San Carlos, the country’s only public university, told El Faro English. The Landivarianos, the student union of the Jesuit-run Universidad Rafael Landívar, another driving force behind the Saturday protests, has also endorsed the strike.

Martín Toc, president of the 48 Cantons, told El Faro English that his organization will mobilize on Thursday, July 29—meaning that they will take the strike directly to the seat of power in Guatemala City and shut off access to major roadways. Other grassroots organizations and local authorities have already staged their own protests, issued statements, and shut down nearby highways in departments across the country.

Sandoval, reflecting on his and other key corruption watchdogs who have been fired or persecuted, said, “But more than us, the people of Guatemala lose.”

Thanks for reading. If you’ve gained from our reporting, consider supporting independent journalism in Central America, for the price of a coffee a month, at support.elfaro.net.