Peru Has a New President, Its Fifth in Five Years: Who Is Pedro Castillo? 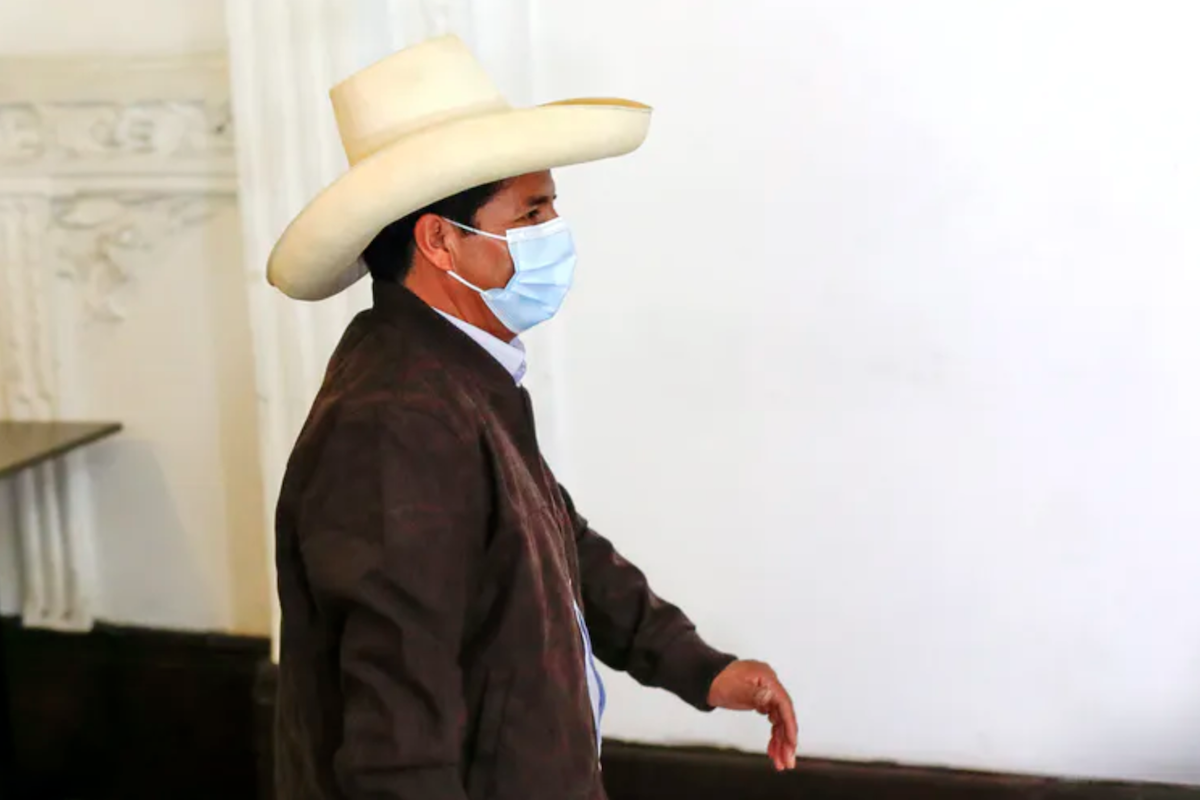 On the campaign trail, Pedro Castillo often wore a straw palm hat typical of Peru’s rural Cajamarca region, where he is from. Ricardo Moreira/Getty Images

By Catesby Holmes, The Conversation

A 51-year-old farmer and teacher who wears a traditional Andean palm straw hat took office as Peru’s president on July 28, 2021, after a bitterly contested election.

Pedro Castillo was virtually unknown in national politics when he eked out surprise victories in both the first and second rounds of the 2021 Peruvian presidential election. His right-wing opponent, Keiko Fujimori —daughter of former Peruvian dictator Alberto Fujimori— disputed the result of the June 7 runoff, alleging fraud. It took six weeks to confirm Castillo’s win.

Castillo has never held national office, and his leftist party does not have a majority in Congress. Peru faces many struggles: Castillo will be its fifth president in as many years, and Peru has among the world’s highest COVID-19 death rates.

In an interview with The Conversation, Peruvian historian Cecilia Méndez Gastelumendi suggests Castillo’s unconventional background could work to his benefit but says he has “enemies,” too—and they are already going after him.

This interview has been edited for length and clarity.

Who is Pedro Castillo?
Castillo has four identities. Together, they make him a very unusual president.

Castillo is a peasant farmer from a northern region of Peru called Cajamarca. There are very important gold mines there, but the people are impoverished. One of Castillo’s campaign slogans is, “There shouldn’t be poor people in a wealthy country.”

As a candidate, he stuck to his rural identity. He did not start dressing like a city person. He likes to be portrayed with his hat and sandals, working the land.

Castillo’s second identity is as a primary school teacher. That is an important role in poor parts of Peru, because they don’t have enough schools or teachers. He is also a union organizer. In 2017, he led a major national teachers’ strike.

Finally, Castillo is associated with the “ronderos”—peasant patrollers. Peasant patrols, or “rondas,” were established in Cajamarca in the 1970s to defend against cattle-rustling and by the 1980s most rural areas of Peru had them to protect communities from the Shining Path’s Marxist insurgency.

This background makes Castillo very representative of certain sectors of Peru that have not been recognized in its political system. 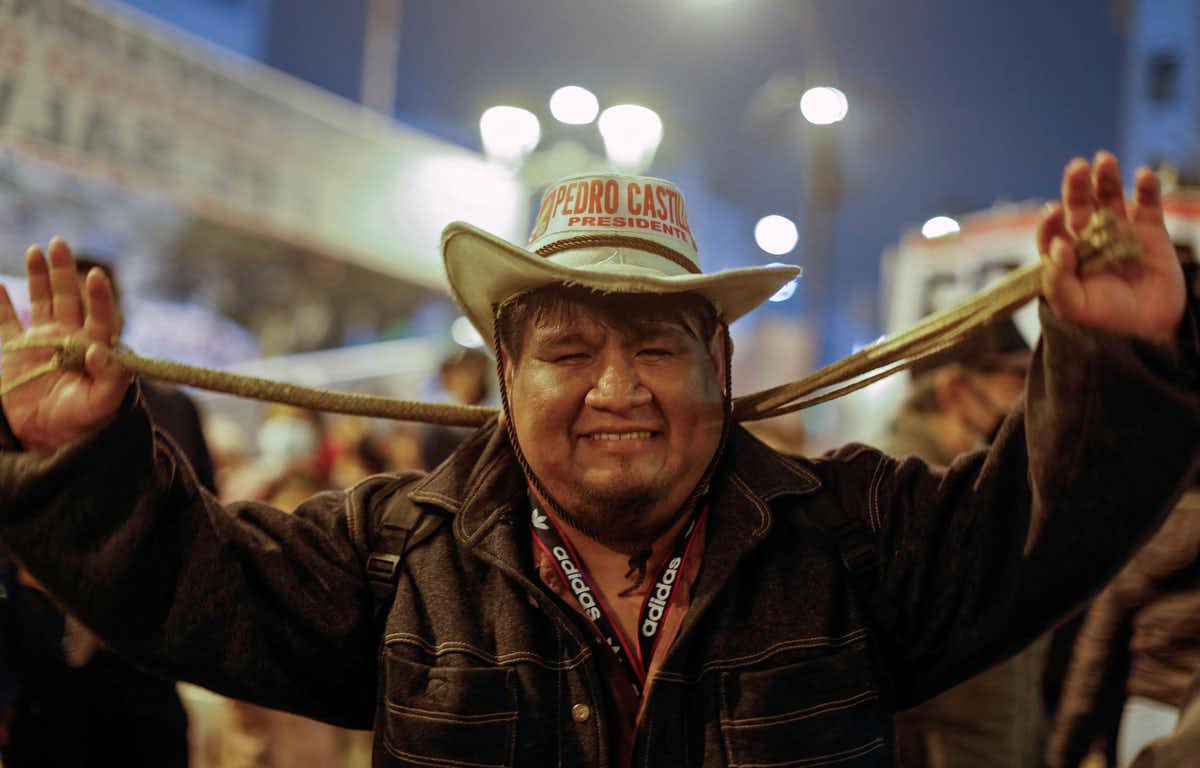 Is he a political outsider?
That’s just the view from Lima. He is not an outsider where he comes from.

Castillo was a longtime, hardcore member of a center-right political party called Perú Posible. To run for president, Castillo left Perú Posible because it dissolved after becoming associated with the corruption of former president Alejandro Toledo.

He registered to run with a Marxist-Leninist party called Perú Libre, though he has no real relationship with the party or its radical history. It was a strategic alliance.

What issues did Castillo campaign on?
In the first stage of the race, when Castillo seemed to have no chance at all to win the presidency, he campaigned as both a leftist and a conservative.

For example, his campaign slogan –“No poor people in a wealthy country”– targeted inequality, and he promised to push for a new Constitution to replace Peru’s Fujimori dictatorship-era Constitution. That is a leftist priority. He talked a lot about “el pueblo” —“the people”— and how education and health care should be a right in Peru, not a business. You know COVID-19 hit Peru terribly.

But Castillo was revealed on video saying anti-LGBTQ things, and he openly opposed gay marriage and abortion. He mentioned foreigners coming to “steal” from Peruvians—presumably referring to Venezuelans. There are 1 million Venezuelan migrants in Peru, and it’s very popular to appeal to anti-Venezuelan feelings.

He is also a religious person. He is Catholic, married to an evangelical.

So Castillo is not a liberal—he’s a leftist with a social agenda.

But his agenda excludes some people, like those who are gay or trans?
Early in the presidential race, that was the case. And many people on the left didn’t vote for Castillo in the first round of the election, because of his conservative side. There is a liberal left in Peru, which supports gay rights and abortion.

Castillo moderated before the second-round election. He had to, if he wanted to win.

When he made it to the presidential runoff, the mainstream left had to choose between Castillo and Keiko Fujimori, who has been accused of money laundering. The liberal left got behind Castillo—with some conditions. He had to adapt, and of late he has shown himself to be more open on gender issues. 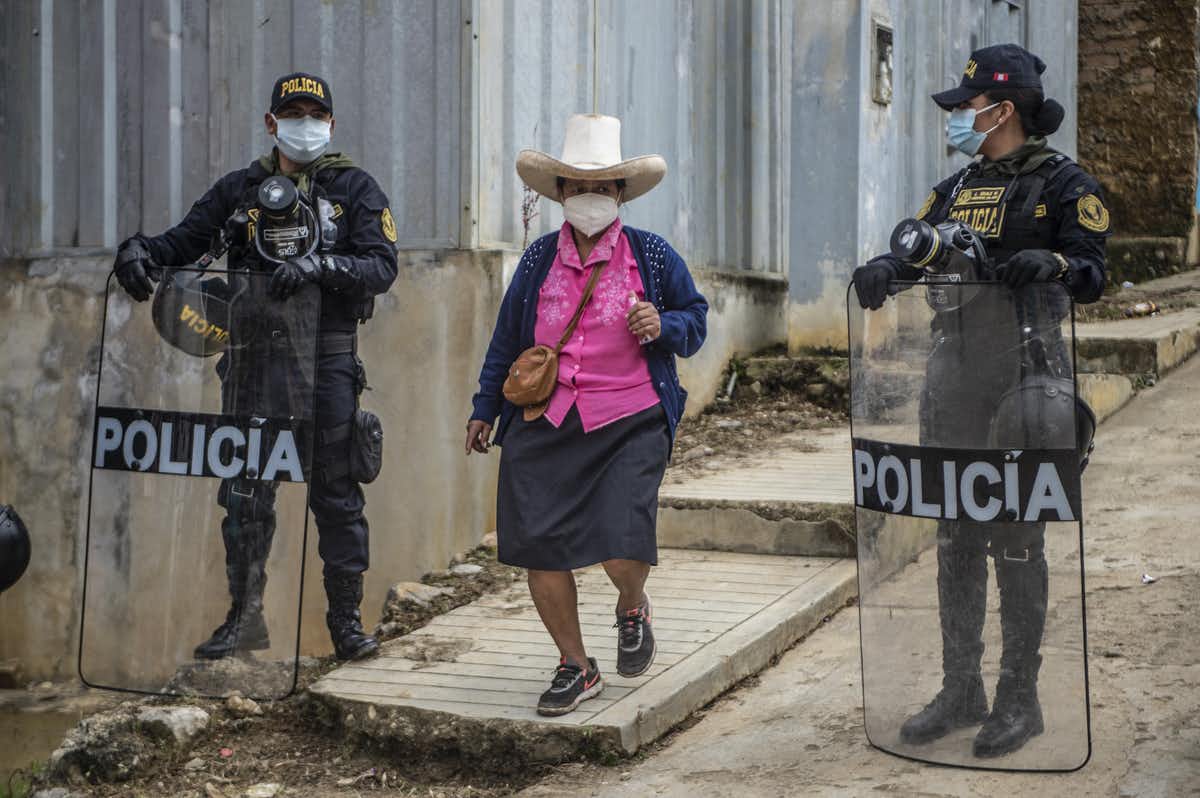 Which Pedro Castillo will be president?
Castillo cannot impose a radical program. His party does not have the majority in Congress. So he has had to make alliances. He has just assembled a coalition of parties from the center and the liberal left, plus the radical left of his party. Even so, he doesn’t have a majority of votes in Congress.

Still, he is feared in Lima. Castillo is the first president in Peru’s modern history without any connection with professional elites, military elites or economic elites. These groups are used to having influence over politics—to making phone calls to convince the president of this or that. They fear they can’t do that with Castillo.

And right now, he has a 53% approval rate. So he has that going for him.

Can Castillo implement his social agenda?
That depends on many factors, but perhaps two are most important.

First, internal tensions. Castillo’s party’s discourse is far more radical than his. Its leaders are inspired by Cuba and “revolutionary” regimes—some of them authoritarian, not democratic. They will push Castillo toward more rigid positions. He has to reconcile this with the more centrist legislators who have become his congressional allies now.

The other problem is Castillo’s enemies on the right. As the campaign showed, they are dead set against him. Right-wing media outlets portrayed him as a communist who would steal people’s business and savings, like what happened in Cuba or Venezuela, and implied that he will bring Peru into chaos and poverty. 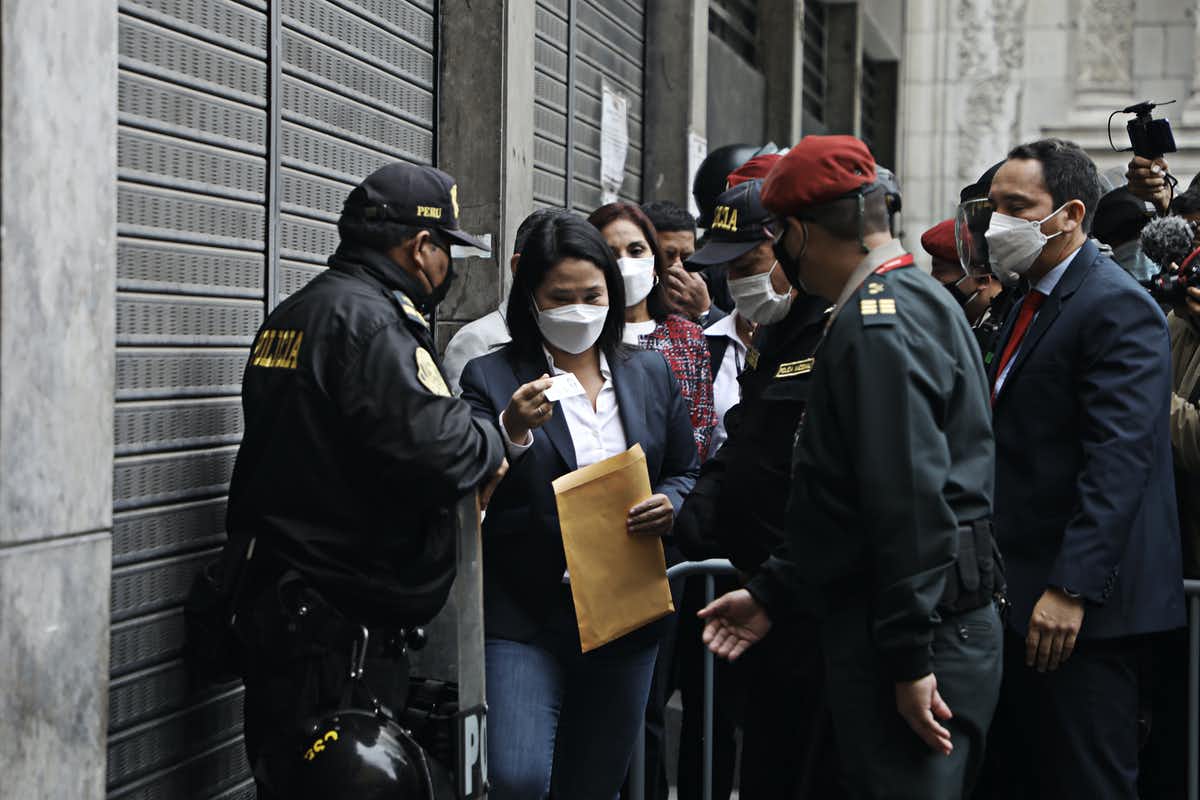 Now the right will almost surely try to remove him from office.

There is a vague 19th-century clause in the Peruvian Constitution that says the presidency can be vacated for “moral and physical incapacity.” In recent years, politicians like Keiko Fujimori and her allies have been using this clause to impeach any president they don’t like. That’s why Peru had four presidents in five years—even before Castillo.

The past five years have shown that the reason for vacating the office doesn’t matter. To remove a president in Peru, you just need the votes in Congress.