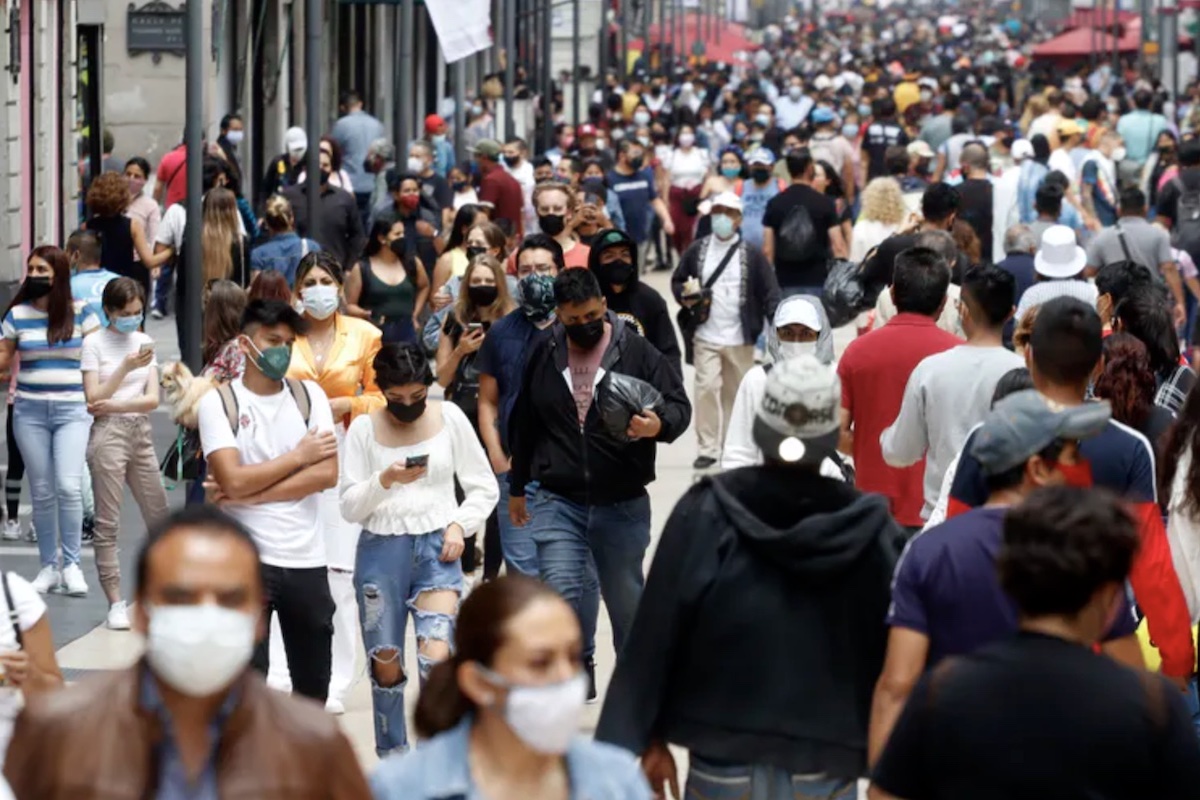 Mexico City on Augist 8, 2021: lots of masks, not so much social distancing. (Luis Barron, Eyepix Group/Barcroft Media via Getty Images)

Cases of COVID-19 are surging around the world, but the course of the pandemic varies widely from country to country. To provide you with a global view as we approach a year and a half since the official declaration of the pandemic, Conversation editors from around the world commissioned articles looking at specific countries and where they are now in combating the pandemic.

Here, Adolfo Martínez Valle and Felicia Marie Knaul, public health scholars who have been tracking the pandemic across Latin America, report on the third wave of COVID-19 that is now spreading in Mexico.

You can read the whole series on TheConversation.com.

New COVID-19 cases in Mexico are approaching the highest levels seen during the second wave in late January 2021. There are now close to 22,000 cases daily, mostly in younger people —who are not yet eligible for vaccines— and other unvaccinated people. Three virus variants of international concern are spreading fast: alpha, gamma and delta.

Deaths remain much lower than during the peak of Mexico’s last wave. By early August 2021, more than 400 people were dying of COVID-19 in Mexico every day. That is high and rising, but back in January 2021, Mexico had about 1,300 daily deaths.

Vaccination coverage has been increasing since February 2021, which is helping to stem the third wave, but less than 40% of Mexico’s 128 million people have received at least one dose. Only 21% were fully inoculated against COVID-19 as of August 7, 2021. 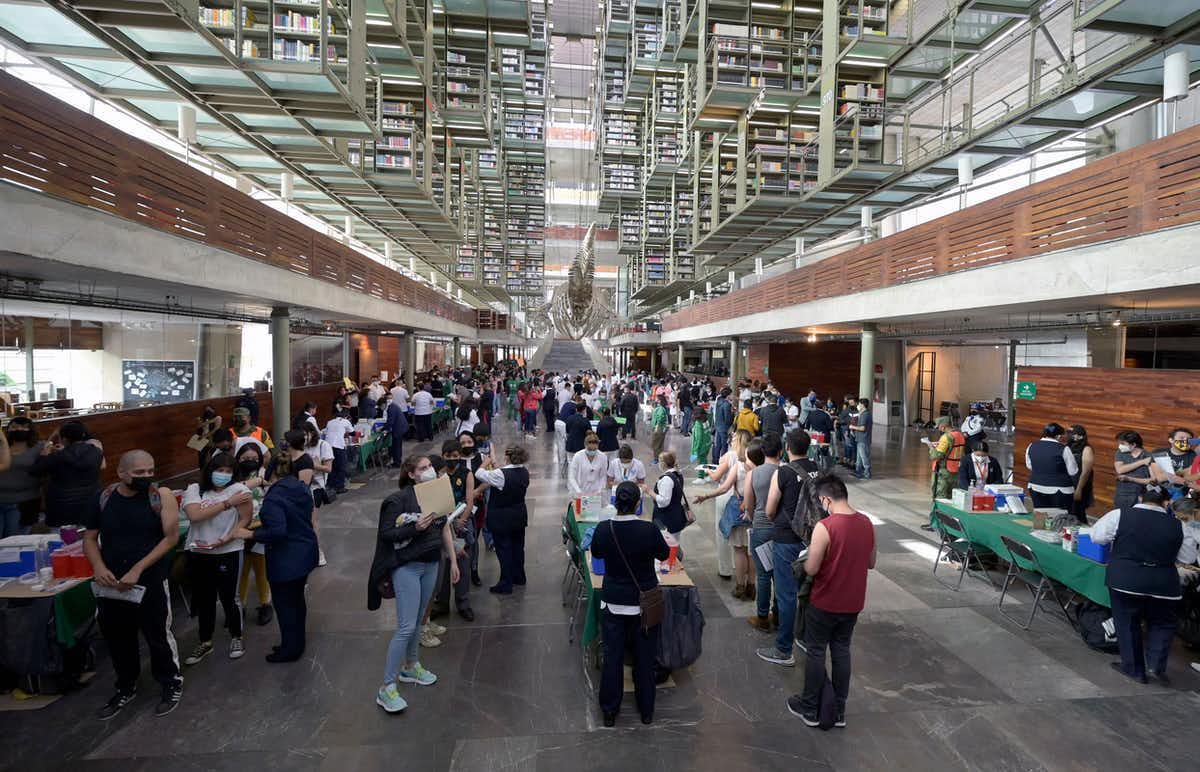 Mexico’s relatively low vaccine coverage rates are not mainly due to lack of supply—the problem that has kept the vast majority of people in low- and middle-income countries unvaccinated. Nearly 20 million of Mexico’s 91 million available doses remain unused.

Vaccine rollout has lagged because of several failures by the federal government.

One is an overall lack of federal collaboration with state and local government, and with community health organizations. Another is that President Andrés Manuel López Obrador created special COVID-19 brigades called “Roadrunner” to distribute vaccines rather than relying on Mexico´s proven, extensive and existing public health infrastructure.

The targeting of vaccines is an additional problem. Health care workers in the private sector were controversially left out of the official group-by-group vaccination rollout. And a lack of focus on the elderly meant that 24% of people over age 60 are still not fully vaccinated.

Both distribution and availability of vaccines would have to improve significantly to meet the Mexican government’s goal of vaccinating at least 70% of the country by June 2022.

From March 2021 to July 2021, following the downward trend in infections and deaths, Mexican cities and states gradually relaxed virus containment policies such as mask-wearing and travel restrictions. However, when both infections and deaths began to spike in late July, stricter public health measures returned.

For example, in March 2021 the government allowed gatherings of up to 1,000 people, and by July gatherings were restricted to 10 people or fewer.

Mexico uses a four-colored epidemiological system to track the pandemic nationally. It determines which activities are safe to resume. A report issued on August 9, 2021, shows seven of the nation’s 32 states in red status – meaning only essential activities are allowed. Nine are yellow —a moderate level of restrictions— and 15 are orange, with more stringent limitations on commercial and social activities.

Only the southern state of Chiapas is in green, allowing residents a full return to normal activities.

Based on our analysis of the Mexican government response, we’d argue that it has not followed a robust, evidence-based public health approach to its pandemic management.

Lockdowns were late and partial. Testing, contact tracing, quarantines and isolation programs —essential elements in managing outbreaks to avoid resorting to painful and costly national shutdowns— have been minimal. Mexico has a notably low level of testing, even compared with other Latin American countries.

Such measures vary from city to city and state to state due to the absence of a coordinated, timely and rigorous national pandemic response. For example, our research found widely varying stringency of state responses that were based not on testing and the local disease burden but rather on economic and political factors.

Mexico is one of the few countries in the region with no international border-crossing policy. Travelers are allowed to pass in and out without proof of a negative test, vaccination or recent resolved infection.

National leaders have set a less-than-exemplary approach to mask use. Both the president and Mexico’s top health official have repeatedly appeared in public gatherings without a face covering.

Some state governments —like those in Guanajuato, Jalisco, Nuevo León, and Guanajuato— have stepped up in terms of implementing public health measures where federal policy is weak or absent; others have not.

Mexico had been globally recognized in the past two decades for its rigor and innovation with regard to pandemic preparedness, yet much of this system was dismantled when the López Obrador administration took office in 2019. 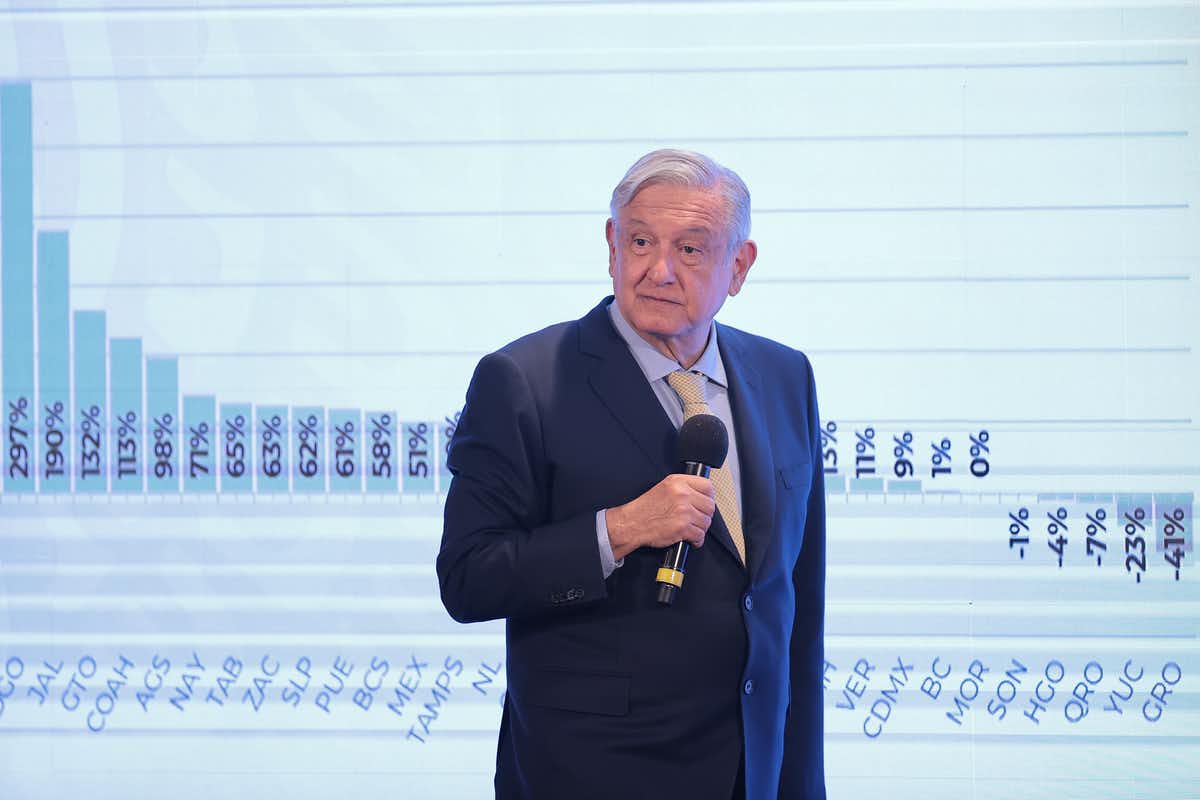 We draw several policy lessons from Mexico that can help other countries determine what to do – and not do – in this and future pandemic waves.

Testing, contact tracing and vaccination are the cornerstones of an effective response to the pandemic. Containment policies, or so-called “nonpharmaceutical interventions” like mask-wearing and lockdowns, can be used more sparingly when these systems are in place.

Mexico failed to apply an evidence-based, national strategy based on the above knowledge. So it has been compelled to impose strict and painful restrictions, slowing the country’s return to normalcy and damaging the economy.

A more evidence-based approach would have helped Mexico over the past 18 months, and it still can going forward.