OPINION: Biden May Not Regret Leaving Afghanistan, But I Do 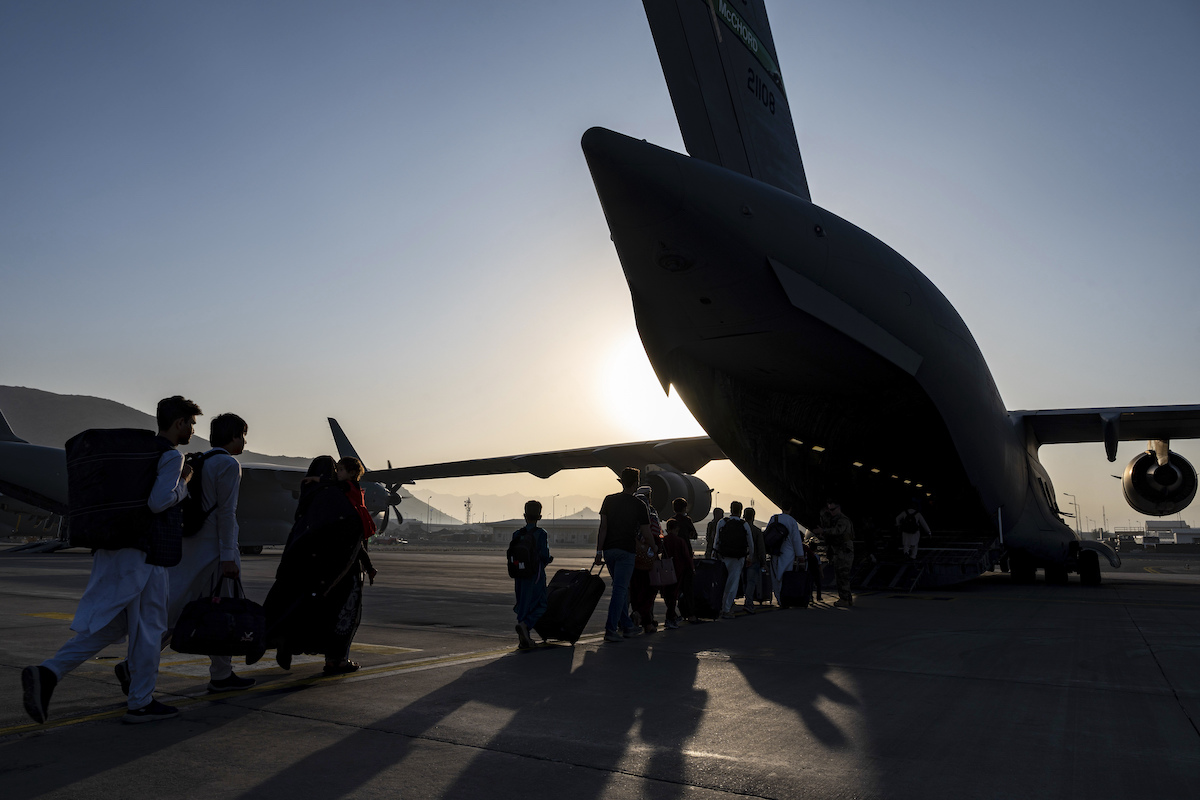 PHOENIX — After 20 years of war against the U.S.-backed regime, the Taliban are once again in control of Afghanistan.

To many, it’s been an almost unimaginable turn of events. Others insist they saw it coming, though almost no one believed it could happen this quickly. Most military and intelligence experts had predicted a Taliban takeover in the wake of the U.S. military’s withdrawal could take six to 18 months.

While many pundits and politicians are focused on who’s to blame for this still unfolding debacle, it’s critically important that we not short shift the dark reality that is about to beset the nearly 40 million people who call this long-suffering country home.

Simply stated, the Taliban are barbarians, a fanatical sect that practices a medieval brand of Islam that is roundly rejected by the overwhelming majority of the world’s 1.9 billion Muslims. Judge them by the company they keep. Among the Taliban’s closest allies has been Al-Qaeda, the global terrorist network once led by Osama Bin Laden that was responsible for the murder of nearly 3,000 Americans on Sept. 11, 2001.

That attack, of course, is how we came to be in Afghanistan. President George W. Bush ordered our forces to invade the country, crush Al-Qaeda and hunt down Bin Laden, and decided along the way that he needed to take out the Taliban, as well.

Mission accomplished? Not quite. While Al-Qaeda is a shell of its former self and Bin Laden was ultimately assassinated, the Taliban bided its time, in part by finding safe haven in neighboring Pakistan, where it was born in the 1990s with the goal of bringing a strict morality-based social order to Afghanistan.

Until the U.S. invasion, they did just that. And that’s why, despite repeated claims by its leaders that the Taliban of 2021 is a kindler, gentler version, the people of Afghanistan can’t help but fear the worst.

“While in power in Afghanistan in the 1990s,” according to a 2020 report by Human Rights Watch, Taliban rule was “characterized by systematic violations against women and girls; cruel corporal punishments, including executions; and extreme suppression of freedom of religion, expression, and education.”

While the U.S. made countless mistakes over the years, it’s also true that after the U.S. invasion, as the Human Rights Watch report points out, “In cities under Afghan government control, millions of Afghan girls have gone to school and Afghan women have participated in public life, including holding political office, in greater numbers than ever before in Afghanistan’s history.”

We must not forget how the Taliban once dragged men and women into a Kabul soccer stadium to be shot or have their “limbs amputated for crimes ranging from robbery to adultery and murder.” Or how Taliban soldiers used rocket launchers to obliterate 2,000-year-old Buddhist statues because they regarded them as false idols.

Even in recent years, as the Taliban clawed its way back to power in many of the country’s rural regions, news coverage was tightly restricted—televisions, smartphones and even listening to music were widely banned. “Vice and virtue” police monitored strict “Taliban-prescribed social codes regarding dress and public deportment, beard length, men’s attendance at Friday prayers” with a range of punishments imposed against those who broke the rules, including public beatings or imprisonment.

Now that they’re back in power. will the Taliban return to their repressive practices? Many in Afghanistan and around the world are convinced they will. Public whippings and door-to-door hunts by the Taliban of their critiques have already been confirmed.

Educators, journalists, government officials, entrepreneurs and basically anyone who has helped try to build a democracy there over the past 20 years say they expect to be imprisoned or executed if they’re captured by the Taliban.

Tens of thousands of Afghans have gone into hiding or fled the country. U.S. Rep. Jason Crow (D-Colo.), who served a tour of duty in Afghanistan, told MSNBC shortly after the Taliban takeover, “I’m hearing stories of Afghans saying they’re making suicide pacts… they’re going to do what’s necessary to make sure their children, their daughters, aren’t enslaved by the Taliban.”

So, who’s to blame for this utter human catastrophe?

The greatest blame, of course, goes to the Taliban. Its takeover of Afghanistan was hardly the result of a popular uprising. While support for the U.S. presence has waned over the years, few in Afghanistan were clamoring for a return of the Taliban.

Wide blame also goes to the Afghan government and military leaders for not standing to fight. It was, after all, their country to defend. Many cities were retaken by the Taliban with barely a shot fired.

Americans, for their part, were weary of our “longest war.” Too much money had been spent, too many American lives had been lost.

And, yet, because I believed in what the U.S. was trying to achieve there writ-large — the development of some semblance of a self-sustaining democracy — the last thing I and so many others wanted was for it all to end with the chaotic return of the Taliban and U.S. forces scrambling to evacuate Americans and thousands of Afghans who supported our efforts there.

It’s a devastatingly ignoble end to what began as a noble venture.

For that, the blame lies with President Joe Biden and his military and intelligence advisors for failing to bring an end to our involvement there with the dignity our troops and the Afghan people deserved. As one Afghan woman put it, it wasn’t that we were leaving that angered her, it was the way we did it.

Biden insists he has no regrets about his decision to pull our troops out of Afghanistan.

I regret that we couldn’t save the Afghan people, especially the millions of women and girls, from the cruel prospect of a second round of Taliban rule.

I regret that more than 2,400 American soldiers, nearly 4,000 U.S. contractors, 66,000 Afghan troops and police, 47,000 Afghan civilians, and 52,000 Taliban and other opposition fighters are all dead now—and that, for all practical purposes, we’re right back where we started.

I regret that, despite whatever good intentions we may have had, much of the world will regard the U.S. involvement in Afghanistan as an abject failure and our generation’s Vietnam.

Most of all, I regret that, someday, somewhere, we’ll probably do it all over again.

2 responses to “OPINION: Biden May Not Regret Leaving Afghanistan, But I Do”