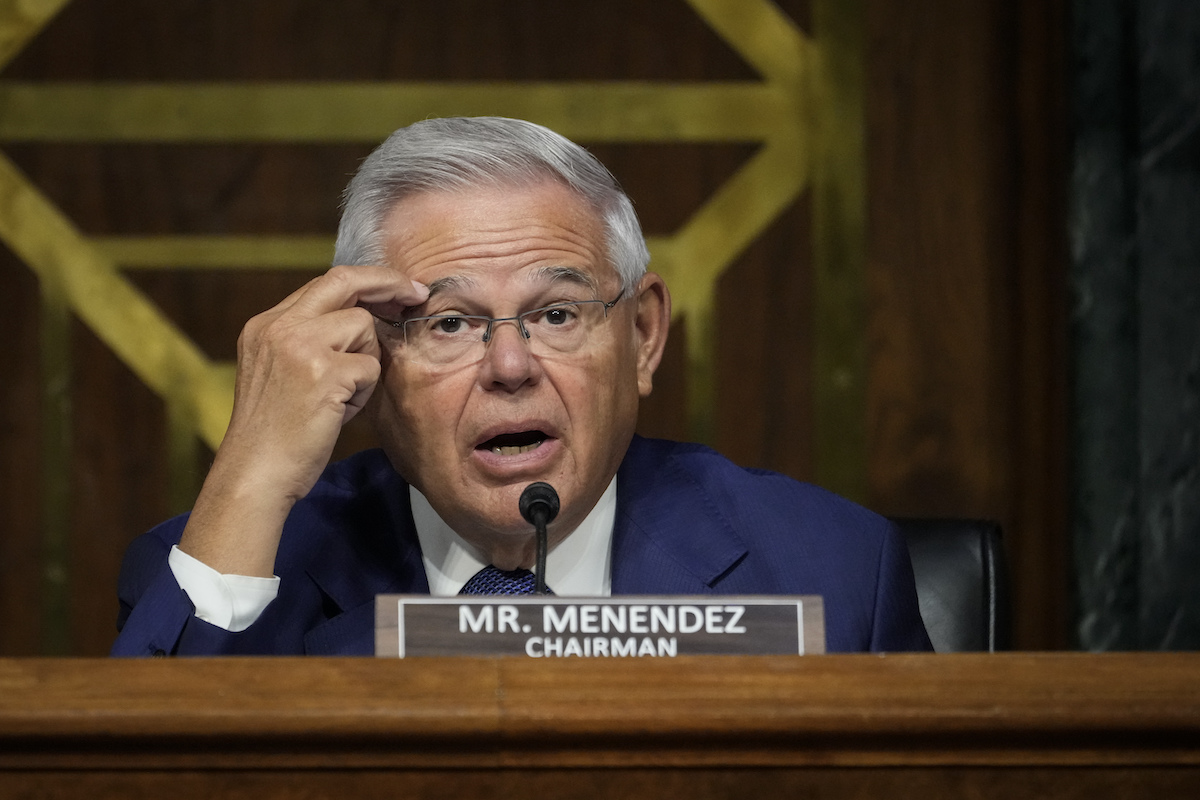 WASHINGTON, D.C. — Senate Parliamentarian Elizabeth MacDonough ruled against including a legalization program for eight million immigrants proposed by Senate Democrats in the budget reconciliation bill slowly making its way through the legislative process on Capitol Hill.

New – Senate parl ruling on immigration that appears to close the door on including a pathway to green cards in the reconciliation bill. Key line: “Changing the law to clear the way to LPR status is tremendous and enduring policy change that dwarfs its budgetary impact.” pic.twitter.com/KOYdrKtcsB

The Sunday evening news dump was met with outrage by immigrant advocates that spilled over into a Monday morning press call with Senator Bob Menendez (D-NJ).

“For me, this ruling does not mean that this process is over,” Menendez said. “We’re not going to take ‘no’ for an answer.”

However, minutes later on the same press call, Menendez backtracked when asked by reporter Rafael Bernal from The Hill if the Parliamentarian is the final word on including legalization for immigrants in the budget bill.

“The Parliamentarian under the Senate rules is the final word of what is and not permitted under the rules,” said Menendez, adding that Senate Majority Leader Charles Schumer (D-NY) cannot simply remove MacDonough without 51 votes in the Senate, and that calls for MacDonough’s ousting were “not constructive.” The Parliamentarian’s decisions have always been non-binding.

Latino Rebels asked several GOP aides familiar with the Parliamentarian process about Menendez’s claim that MacDonough cannot be removed without 51 Sente votes. Republican staffers scoffed at the questions, literally laughing at the notion that a Capitol Hill staffer like MacDonough requires a vote in Congress to be removed.

“If [MacDonough] humiliated Leader McConnell the way she has Leader Schumer,” said one senior GOP aide, “it would be her last day in the Senate.”

A second GOP added that “if Schumer were serious, [the Parliamentarian] would be gone to the private sector, or maybe academia.”

Lorella Praelli, co-president of Community Change, did not mince words on the press call with Menendez.

“Nobody gets to hide behind her this year,” Praelli said about MacDonough. “There are no brownie points for trying. There are no participation trophies. She is not an elected official. This is more than a process for us.”

“It is completely frustrating that time and time again immigrants and our families need to prove that we should be included,” Hernandez said. “We have done the work to get these people elected. Ultimately, it’s lives that are at stake.”

“What the Parliamentarian said no to is a legalization,” Hernandez added, “not a reform. We continue the work for an immigration reform.”

Within an hour of MacDonough’s decision going public on Sunday, Durbin and Padilla tweeted that a second proposal for immigrant relief would be sent to the Parliamentarian later this week.

Deeply disappointed in the Senate Parliamentarian’s decision today, but the fight for immigration reform will continue.

Senate Democrats have prepared an alternative proposal for the Parliamentarian’s consideration in the coming days.

Durbin put the timeline on the second Parliamentarian pitch as coming within “the next few hours and days.” The senior senator from Illinois offered no details about the second pitch, but a Democratic aide involved in the Parliamentarian process told Latino Rebels that the strategy has always been an “upside-down pyramid” of immigrant relief pitches to MacDonough.

“We went with our broadest proposal first to include immigrants,” the aide said. “Now we’ll go down from there.”

Durbin when asked by reporters if he supports overruling the parliamentarian's decision on legalization: "I don't think that's realistic. I think votes needed on the floor are not there. I hope I'm wrong, but I just don't think at this moment that that's a realistic approach."

Menendez said on Monday afternoon’s press call that one of the proposals involves changing the date of the immigration registry from 1972 to 2010, thus allowing immigrants living in the United States since the revised date to become permanent residents.

The House returned to Capitol Hill on Monday for votes at 6:30 p.m. ET. The Senate is back in session Tuesday with a cloture vote scheduled at 11:30 a.m. ET.