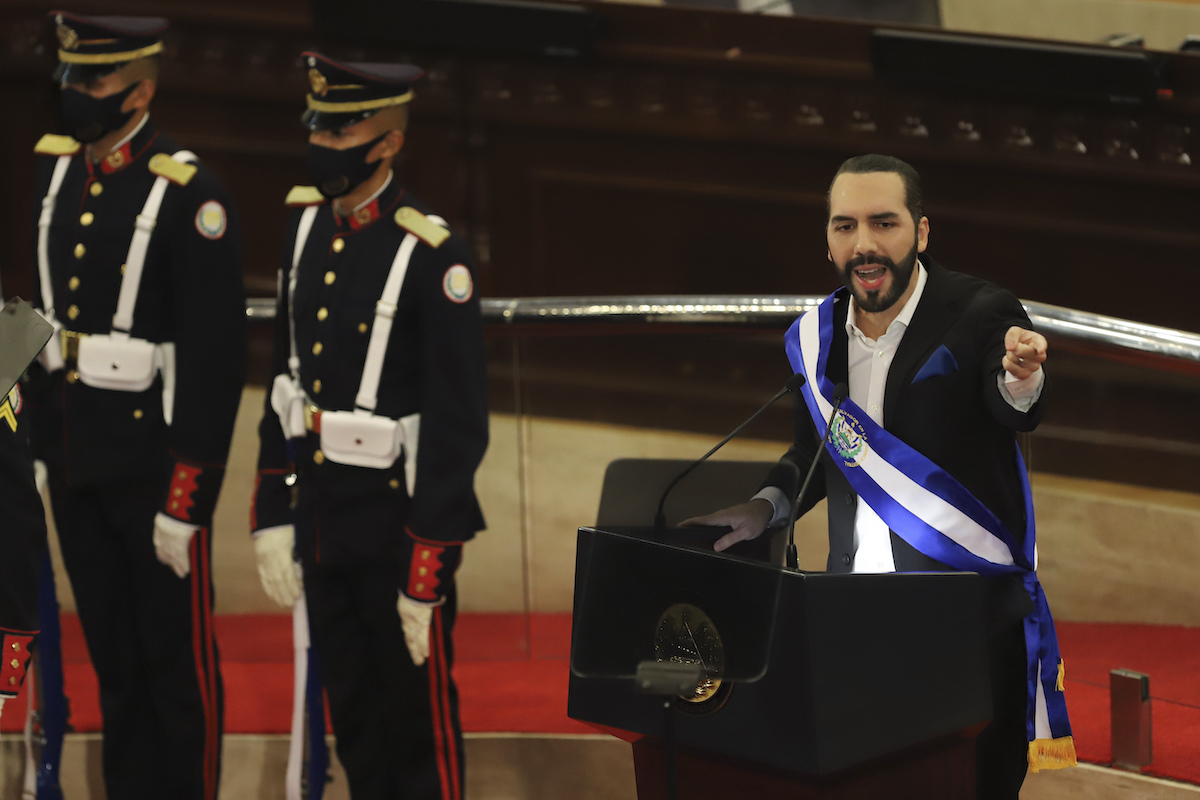 SAN SALVADOR, El Salvador (AP) — The top U.S. diplomat in El Salvador said Tuesday she sees “a decline in democracy” in the country, where President Nayib Bukele changed his Twitter profile to read “the coolest dictator in the world.”

The U.S. State Department put five El Salvadoran Supreme Court justices on the U.S. Undemocratic and Corrupt Actors list Monday. Those on the list have their U.S. visas revoked.

The U.S. Embassy Chargé d’Affaires Jean Manes told local media the action was taken because the justice voted to allow the president’s re-election “which is clearly not allowed under the Constitution.”

“What are we seeing now? It is a decline in democracy, and that is exactly what is happening,” Manes said.

Bukele said the decision to put the Salvadoran justices on the list “has nothing to do with corruption.” He called it “pure politics and the lowest form of interventionism.”

“We are nobody’s back yard,” Bukele wrote in his Twitter account. Over the weekend he changed his Twitter profile to “dictator,” apparently as an ironic comment on last week’s protests against him in San Salvador. By Tuesday he had changed it again to “the coolest dictator in the world.” 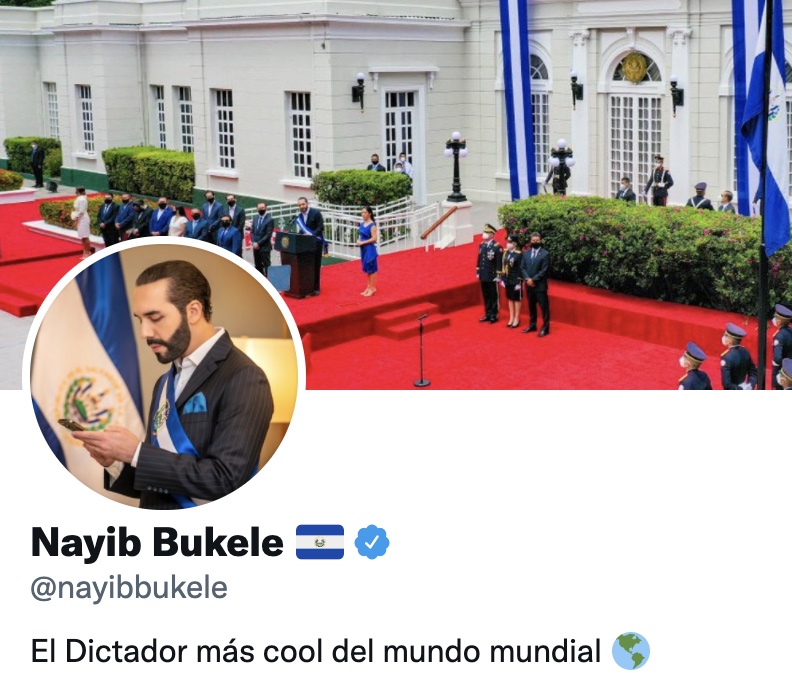 Bukele’s New Ideas party won a congressional majority this year and immediately after taking its seats in the National Assembly in May, it replaced the five members of the Constitutional Chamber of the Supreme Court and the independent attorney general who had balked at several of Bukele’s earlier actions.

Soon after, the Constitutional Chamber tossed aside what had long been interpreted as a constitutional ban on consecutive presidential reelection, setting the stage for Bukele to potentially seek a second term in 2024. Bukele has not so far announced plans to seek reelection, but critics assume he will.

Bukele’s office has not responded to requests for comment on the Twitter profile change, but there were no clear signs the account had been hacked and the populist president is known for his wry style.

Lawyer Eduardo Escobar of Citizen’s Action, a civic group devoted to government accountability, said Bukele’s strange profile description “is part of the president’s strategy,” noting “He is trying to ridicule the feelings of the public or the opposition.”

Last week, thousands of people gathered in El Salvador’s capital for the first mass march against Bukele, who protesters say has concentrated too much power and weakened the independence of the courts. 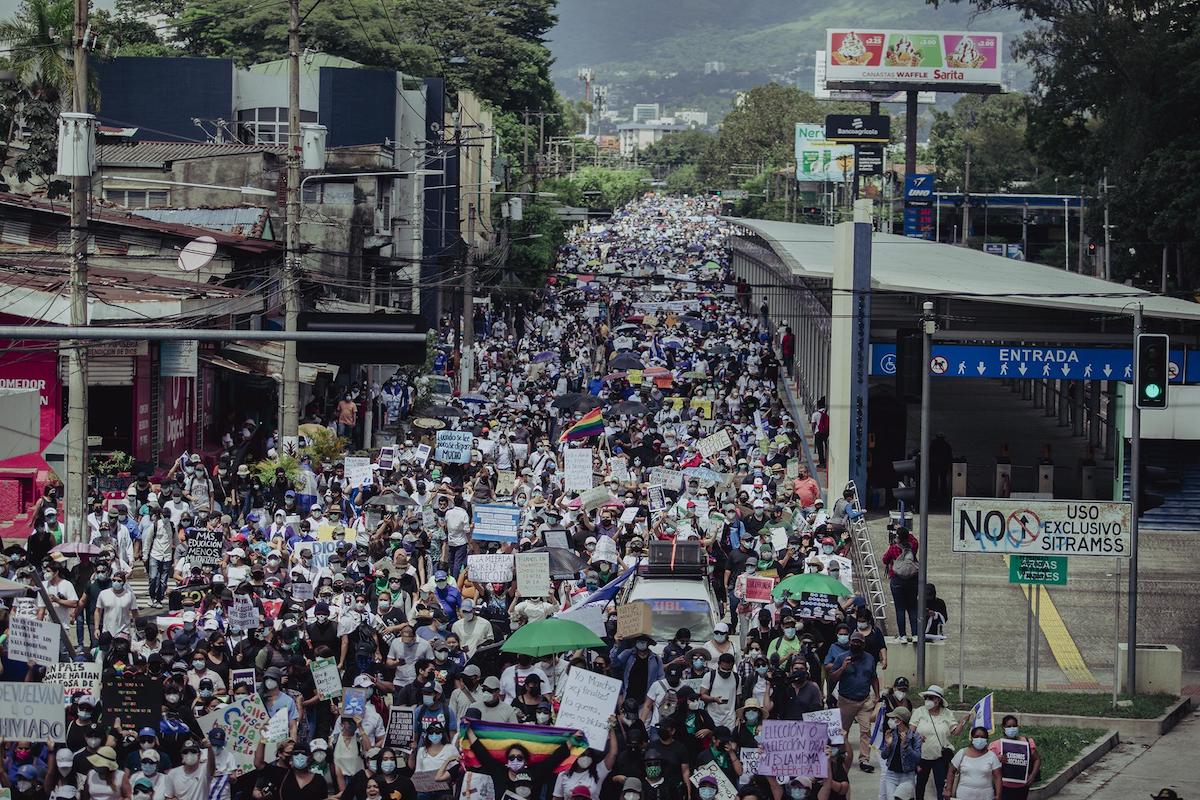 Bukele dismissed the September 15 demonstration by saying protesters “took to the streets to fight a dictatorship that doesn’t exist.”

The populist president elected in 2019 has maintained high popularity with his vows to stamp out corruption that was rampant among the country’s traditional parties. But some Salvadorans say he is becoming a dictator for real.

Bukele often uses Twitter to write about Bitcoin. The price and potential of the cryptocurrency appear to fascinate Bukele, and he made bitcoin legal tender in El Salvador, the first country to do so.

Some marchers last week protested the controversial decision by Bukele’s government to roll out a digital bitcoin wallet known as the “Chivo” one week ago. The system has been down frequently for maintenance.

The digital wallet appears to have been overloaded by the sheer number of Salvadorans looking to take advantage of the $30 bonus that the government put in each account to incentivize adoption.