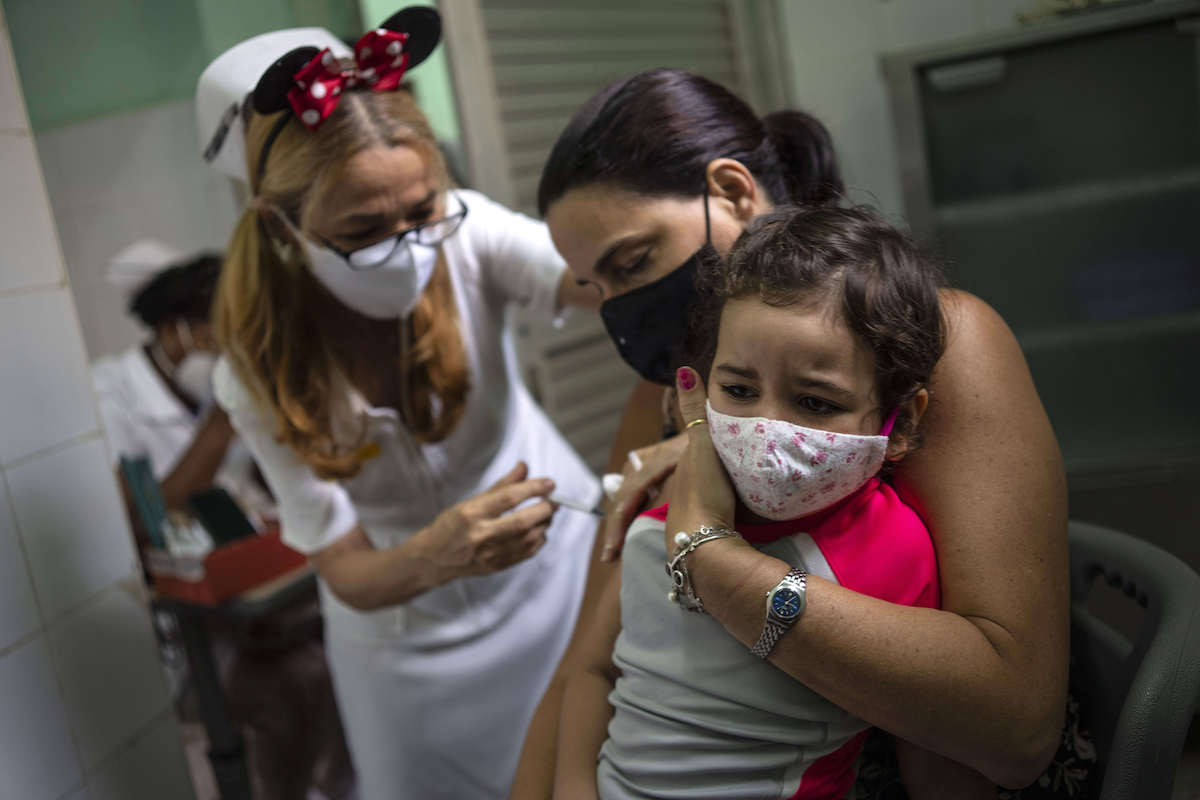 A girl reacts while she gets a dose of the Cuban made Soberana-02 vaccine for COVID-19 as part of the immunization campaign for children between the ages of 2 and 5 years in Havana, Cuba, Thursday, September 16, 2021. (AP Photo / Ramon Espinosa)

HAVANA (AP) — Cuba has begun commercial exports of its homegrown COVID-19 vaccines, sending shipments of the three-dose Abdala vaccine to Vietnam and Venezuela.

Cuba’s Center of Genetic Immunology and Biotechnology also announced that initial shipments of the Abdala shots were sent to Venezuela over the weekend.

That country’s vice president, Delcy Rodríguez, announced in June that Venezuela had agreed to buy $12 million worth of the Cuban vaccine, though officials have declined to say how many doses were involved.

Another Cuban-developed COVID-19 vaccine is being produced in Iran.

Cuba also hopes to extend exports of its locally developed vaccines, and last week asked the World Health Organization to approve them, which many countries require before importing vaccines.

Cuban scientists have said the vaccines are more than 90% effective against illness, though —like all vaccines— less so against mere infection.

Cuba plans to fully vaccinate 90% of its population by the end of November—a key step to reopening an economy heavily dependent on tourism.

Cuba´s director of epidemiology, Francisco Durán, said Monday that the country of some 11 million people has registered 860,799 infections with COVID-19 and 7,279 deaths during the pandemic.